In a week where Bubba Wallace wore an “I Can’t Breathe” T-shirt before an event and said racetracks shouldn’t allow Confederate flags, the NASCAR driver will make another bold move Wednesday by racing a car with a Black Lives Matter paint scheme.

“I think by running this branding on our car, putting the hashtag out there, bringing more awareness to it, it lines up with the videos that we had put out as NASCAR,” Wallace, the first full-time African American driver in the Cup Series since 1971, said. “Listening and learning. Educating ourselves. So people will look up what this hashtag means. And hopefully get a better understanding.”

Car owner Richard Petty Motorsports announced Tuesday that Wallace’s car at Martinsville Speedway in Virginia will be black with the words “#blacklivesmatter” on the rear quarterpanels.

Underneath each hashtag will be a large peace symbol with hands of people of different races.

The hood will feature a painting of a white and a black hand clasped with the saying,”Compassion, love, understanding.” The same words will be on the rear bumper.

Martinsville is one of the tracks where Confederate flags are often seen in the parking lots and campgrounds, but Wednesday’s race will have no fans. NASCAR won’t allow limited numbers of fans in the grandstands until June 14 at the Cup race in Homestead, Florida.

Wallace, 26, became the first African American driver since Wendell Scott (1963) to win an event sponsored by NASCAR when he won a trucks series race at Martinsville in 2013.

At a race Sunday, Wallace wore the T-shirt in solidarity with protesters around the world who have been calling for justice in the death of George Floyd, an unarmed black man who died at the hands of Minneapolis police.

As the protests have raged on, officials in Virginia have started taking action to remove confederate monuments in some states and military bases are taking away confederate paraphernalia.

Wallace told CNN’s Don Lemon on Monday the next steps now are “to get rid of all Confederate flags.”

“No one should feel uncomfortable when they come to a NASCAR race. It starts with Confederate flags,” Wallace said. “Get them out of here. They have no place for them.”

Initially Confederate flags did not bother him, Wallace said, but after educating himself he sees how uncomfortable it makes people.

“There’s going to be a lot of angry people that carry those flags proudly but it’s time for change,” he said. “We have to change that, and I encourage NASCAR to have those conversations to remove those flags.”

If fans don’t agree, Wallace said they can “get back on the road where you came from.”

“We should not be able to have an argument over that,” he said. “It is a thick line we cannot cross anymore.”

In 2015, NASCAR asked fans not to bring Confederate flags to races and even had a flag exchange program.

“We are committed to providing a welcoming atmosphere free of offensive symbols. This is an opportunity for NASCAR Nation to demonstrate its sense of mutual respect and acceptance for all who attend our events while collectively sharing the tremendous experience of NASCAR racing,” the racing body said.

The Blue-Emu Maximum Pain Relief 500 is set to run Wednesday at 7 p.m. ET, weather permitting. Thunderstorms are in the forecast, according to the National Weather Service. 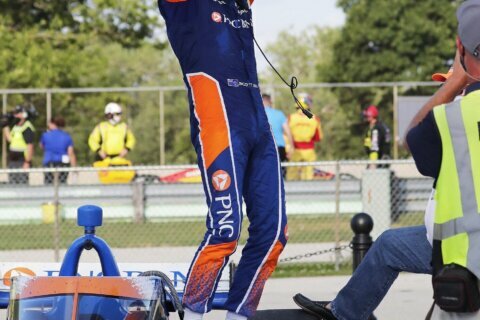 With fans back, Dixon wins at Road America for 3rd straight 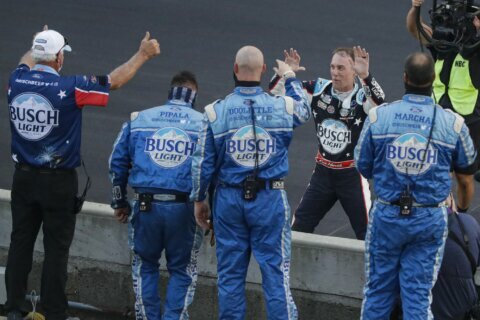 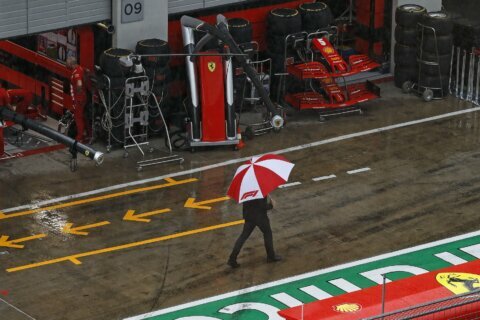 Motorsports Other Sports News Sports
black lives matter nascar
700
Log in to your WTOP account for notifications and alerts customized for you.