Single images to compliment video post. https://www.instagram.com/p/B1_LuW1hUlI/?igshid=1heasqgbtvazb Qatar Airways Boeing 777-2DZ(LR) Reg. A7-BBG as flight QR921 displays some truly amazing and very beautiful rainbow contrails as she transits over Brisbane, Australia. This has to be one of the most spectacular rainbow contrails I have yet seen with a B777! The seeing conditions were just about perfect on the day, being in Winter with slightly cooler conditions and little air disturbance looking directly upwards to 9.3 km. The video sequence post was captured in both real time and slow motion sequences. Youtube 4K Link https://youtu.be/_SuUsVkfTJU The stills image at the end of the video sequence was the most dazzling display of colour after the plane had crossed overhead and was closer to the Sun, at this time I had also switched from video footage to taking stills. Aircraft en route from Auckland, New Zealand to Doha, Qatar. Height 30,492 ft, Speed 793 km/h, Track 300°. Image Date 13 June 2019. @qatarairways @qatarairways_fanpage @qatarcabincrew_lovers @ig_airplane_club @boeinglovers @theaustralianaviation #qatarairways #qatarairwaysfanpage #qatarcabincrew_lovers #boeing #boeing777 #b777 #condensation #contrails #brisbane #instaaviation #aviationphotography #rainbow #planespotting #planespotter #addicted_to_aviation #airplanelovers101 #avgeek #aviationdaily #coaviation #airplanelovers #aviationlovers #instagramaviation #aircraft #aviation #aviationgeeksunited #aviationporn #planeporn #pilotlife #ig_airplane_club #planesofinstagram

An airplane speeds through the clouds, a trail of technicolor contrails following behind, illuminating the sky in dazzling rainbow shades.

This incredible moment was captured on film by Brisbane-based Australian photographer Michael Marston, who posts eye-catching aerospace imagery and video on social media.

Marston began snapping shots of airplanes about three years ago. His partner, Tracy, is a Qantas flight attendant and Marston thought it’d be pretty neat to capture a photograph of a plane she was staffing flying across the moon.

He started experimenting with solar and lunar photography, and soon began observing other aerospace phenomena.

“I noticed that planes look very pretty when they go overhead with the right atmospheric conditions — they produce rainbows behind them, with the vapor,” Marston tells CNN Travel.

When an airplane is flying at high altitude, there’s a decrease in pressure and the temperature of the air drops, explain experts at the Institute of Atmospheric Physics at the German Aerospace Center. If there’s enough moisture in the air, the vapor forming behind the aircraft freezes, generating ice crystals.

Scientists from NASA say the ice crystals form when cold air condenses around particles from the plane’s exhaust.

The remarkable rainbow effect happens when the crystals are aligned at the right angle with the sun, explains NASA.

In June, Marston shot video footage of this marvel, capturing the moment when a Qatar Airways Boeing 777 flew over Brisbane, with stunning rainbow contrails.

The photographs and footage are so striking, they almost look like they’ve been doctored.

They’re not fake, though, Marston is adamant. He says he’s got the raw files to prove it, and in the past, he’s posted the files on his personal Facebook account to silence naysayers.

It’s just a scientific curiosity, he says, albeit one that you’re not likely to see clearly with the naked eye, simply because the airplane’s usually so high.

“It requires specialized camera equipment to capture it,” says Marston, who, a few months ago, finally realized his dream of capturing the moment Tracy’s aircraft passed by the moon.

“I was pretty stoked about that,” he says.

Marston’s proud of all his atmospheric shots of airplanes, whether they’re emblazoned in front of a crimson sun, eerily silhouetted against the moon or captured generating a technicolor burst of rainbow contrails.

Still, he has plenty of failed attempts among those triumphs.

“It’s a bit like fishing,” he says. “I enjoy the thrill of catching something — and also have the agony of going out and catching nothing. It can be rewarding and at the same time absolutely frustrating.”

Marston’s gone from posting the odd photograph on his personal Facebook page to setting up social media sites dedicated to his airplane photography.

His social media presence has also led to some serendipitous connections.

An Air New Zealand captain reached out to Marston after realizing Marston had photographed his airplane from the ground, snapping an image as the pilot flew over Brisbane at 30,000 feet.

The photographer has also sold a few images to flight crews of their aircraft flying past the moon.

Marston’s still got shots he wants to capture that he’s not quite managed yet.

He says he’d love to take a picture of a Boeing 747 flying in front of the moon and passing over Brisbane with rainbow contrails. 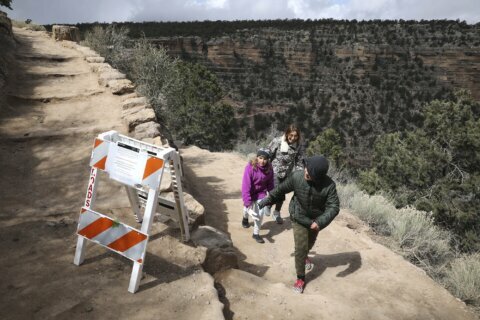 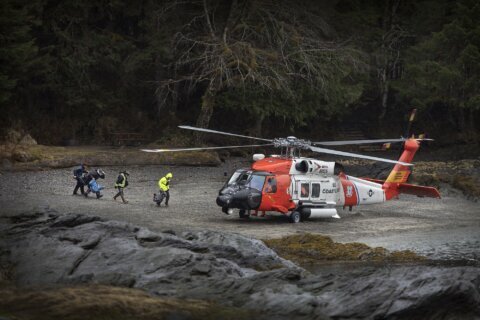 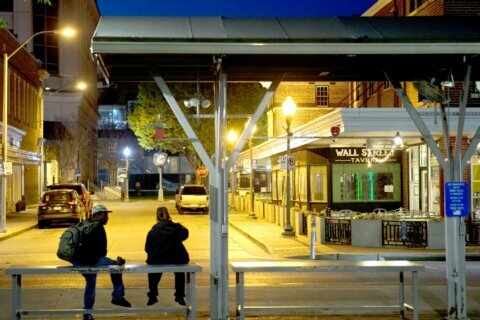 Life & Style Lifestyle News World News
700
Log in to your WTOP account for notifications and alerts customized for you.