Here’s Johnny! Jack Nicholson’s axe from “The Shining,” Russell Crowe’s armor from “Gladiator” and a lightsaber used by Samuel L. Jackson in “Star Wars” are among 900 items going under the hammer next month in a massive auction of movie props.

The impressive collection is expected to fetch a total of £6 million ($7.3 million) when it goes up for sale at London’s BFI IMAX, and the catalog is sure to excite any film buff.

The sword used by William Wallace in “Braveheart” is also up for sale — so while you’ll never take his freedom, you can take Mel Gibson’s weapon for up to about £50,000. Meanwhile, James Bond’s pistol and silencer, used by Pierce Brosnan in “GoldenEye,” is expected to fetch around £60,000.

If you want a fully-immersive item from the set, Michael Keaton’s complete Batsuit from 1989’s “Batman” could be the choice for you — it’s expected to rake in up to £120,000.

But if you’re more excited by the titans of comedy, the Holy Hand Grenade of Antioch from “Monty Python and the Holy Grail” would make an impressive display piece — especially if you pull out thy holy pin and count to three.

And for those on a more realistic budget, there may still be something to splash out on — like a Golden Ticket announcement poster from Tim Burton’s adaptation “Charlie and the Chocolate Factory,” expected to go for up to £300.

The sale is the sixth annual London auction put on by movie-themed auction house Prop Store, set to be held over two days on Sept. 30 and Oct. 1. A free exhibition showing off the props will be open to the public.

Last year’s headline item was Han Solo’s jacket, worn by Harrison Ford in the “Star Wars” film “The Empire Strikes Back,” but the outfit failed to sell after bidding stalled. 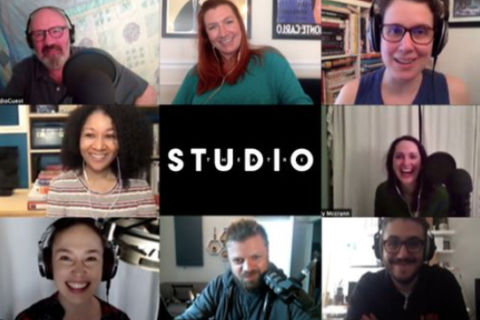