A family in India found a wild tiger “relaxing on a bed” in their house following a deadly monsoon, which flooded parts of South Asia this week, according to Indian conservationists.

In an image released by India’s Wildlife Trust, the massive predator can be seen lounging on a bed in the unnamed family’s home in the village of Harmuti, in the northeastern state of Assam.

The tiger is believed to be have come from the neighboring Kaziranga National Park, a UNESCO World Heritage site, home to tigers, elephants, bears, and the world’s largest population of one-horned rhinoceroses.

“Our vet is making plans with Assam Forest Department to tranquilize a tiger that has entered a house,” the group said in a social media post Friday. “Assam floods bring in unusual guests!”

Rohini Ballave Saikia, Deputy Director of Kaziranga National Park, said that there had been attempts to move the tiger but eventually it left of its own accord. “This is the time for their regular activities as it is cooler,” he said.

Saikia said that the animal was ultimately not tranquilized because “it was calm and did not pose a danger.”

With only 3,900 tigers living in the wild, the animals are considered endangered, according to the World Wildlife Fund.

The tiger wasn’t the only creature who had fled the flash floods. The Wildlife Trust said the park had lost track of deer, rhinos and elephants during the recent disaster.

Officials estimated that more than 95% of Kaziranga National Park was underwater due to the incessant rains. On Friday, Arun Vignesh of the Indian Forest Service tweeted a shocking image of rhinos seeking shelter from rising water. In another video, a rescue team is shown pulling a small rhino calf into a raft.

“The animals seek higher ground once the rains begin on their own, but they have to cross a national highway to get to higher ground,” said Saikia. “Animals that are left behind if they are injured while crossing the highway are assisted by park staff.”

Between July 13 and 18, a total of 83 animal deaths in the sanctuary were recorded by the Assam State Disaster Management Authority.

The tiger itself was spotted near the highway Thursday at 8.30 a.m. moving away from the park, according to Wildlife Trust India. The organization said the animal was “probably disturbed (and) jumped across the wall of a scrap garage and took refuge in the dark room.”

More than 227 people have died since the rains in southeast Asia began in mid-July. Over 10.3 million people have been affected in total. 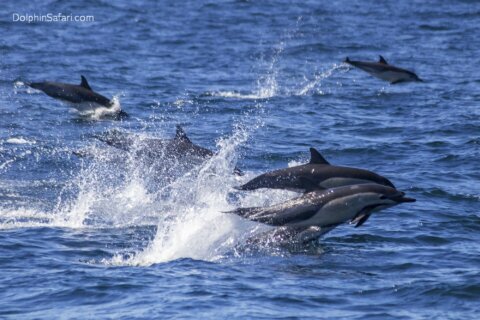 Animals & Pets Lifestyle News World News
700
Log in to your WTOP account for notifications and alerts customized for you.