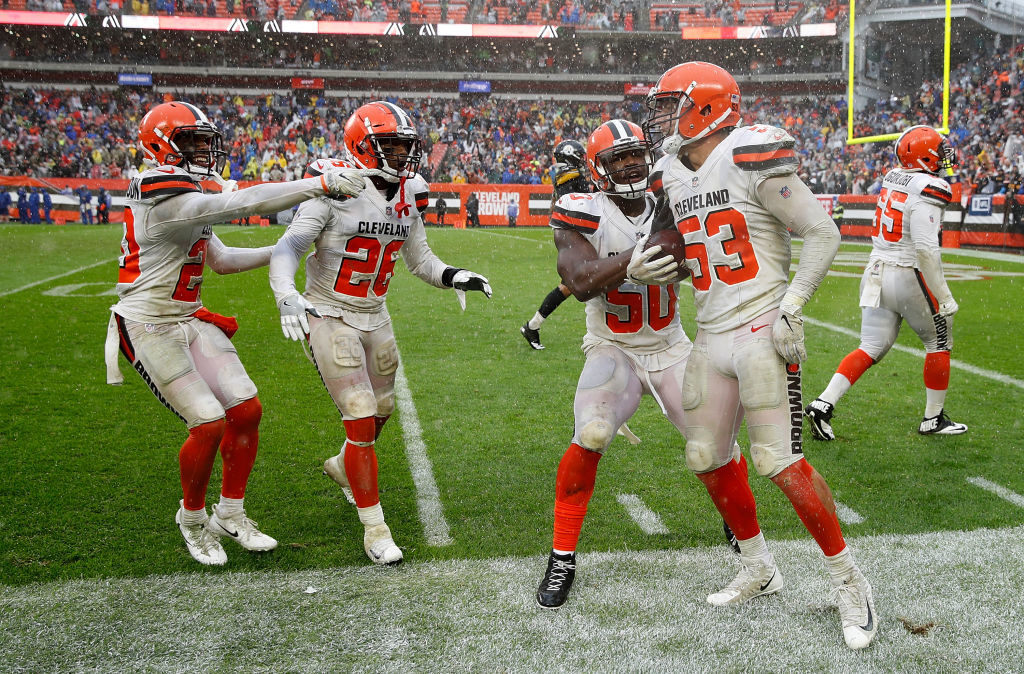 1/4
CLEVELAND, OH – SEPTEMBER 09: Joe Schobert #53 of the Cleveland Browns celebrates his interception with teammates during overtime against the Pittsburgh Steelers the at FirstEnergy Stadium on September 9, 2018 in Cleveland, Ohio. The game ended in a 21-21 tie.

Chargers over Jaguars, Browns over Steelers, Saints over Vikings, Rams over Bears 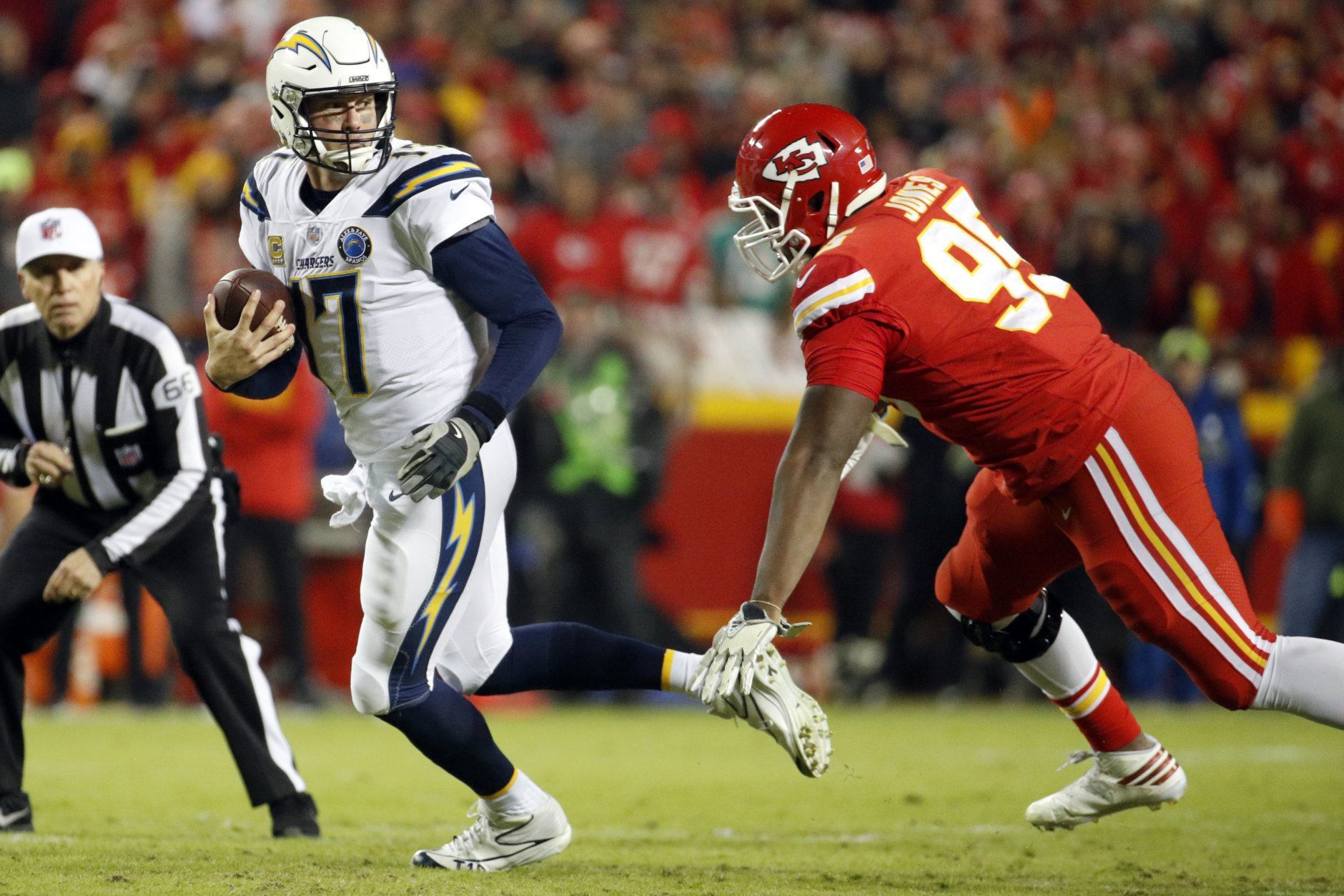 2/4
File-This Dec. 13, 2018, file photo shows Los Angeles Chargers quarterback Philip Rivers (17) running away from Kansas City Chiefs defensive end Chris Jones (95) before being sacked, during the first half of an NFL football game in Kansas City, Mo. Jones has become a sacks machine, force against the run, and one of the few Chiefs earning his keep all season on defense. He’s not quite at the Aaron Donald level, but he’s getting closer.

Patriots over Browns, Chargers over Chiefs, Eagles over Rams, Falcons over Saints 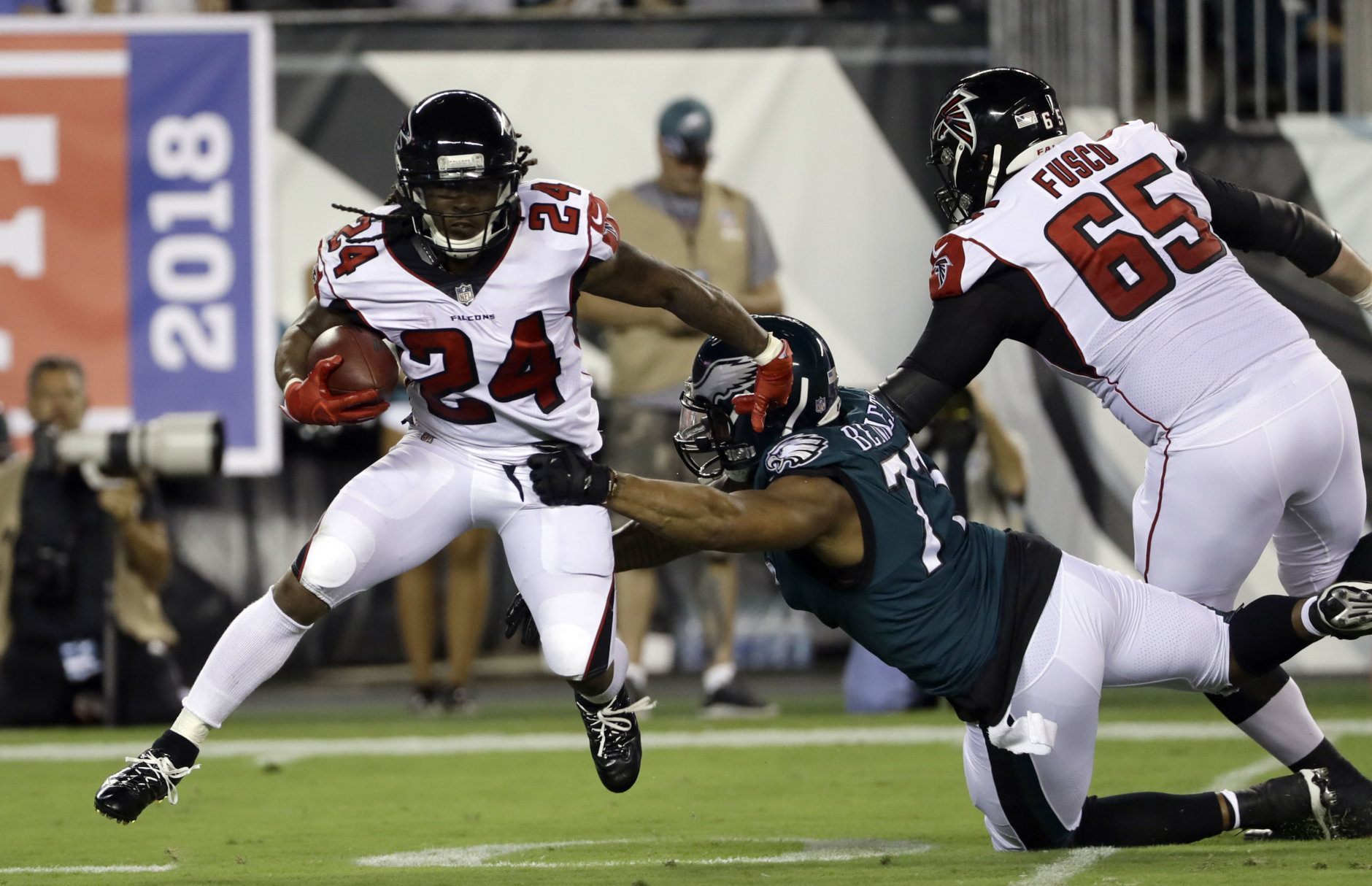 3/4
FILe – In this Sept. 6, 2018, file photo, Atlanta Falcons’ Devonta Freeman (24) tries to evade Philadelphia Eagles’ Michael Bennett (77) during the first half of an NFL football game, in Philadelphia. Freeman, who has missed three straight games with a sore right knee, is expected back this week, just in time to give the Atlanta Falcons a much-needed boost as they prepare to play at Pittsburgh.

Patriots over Chargers, Falcons over Eagles 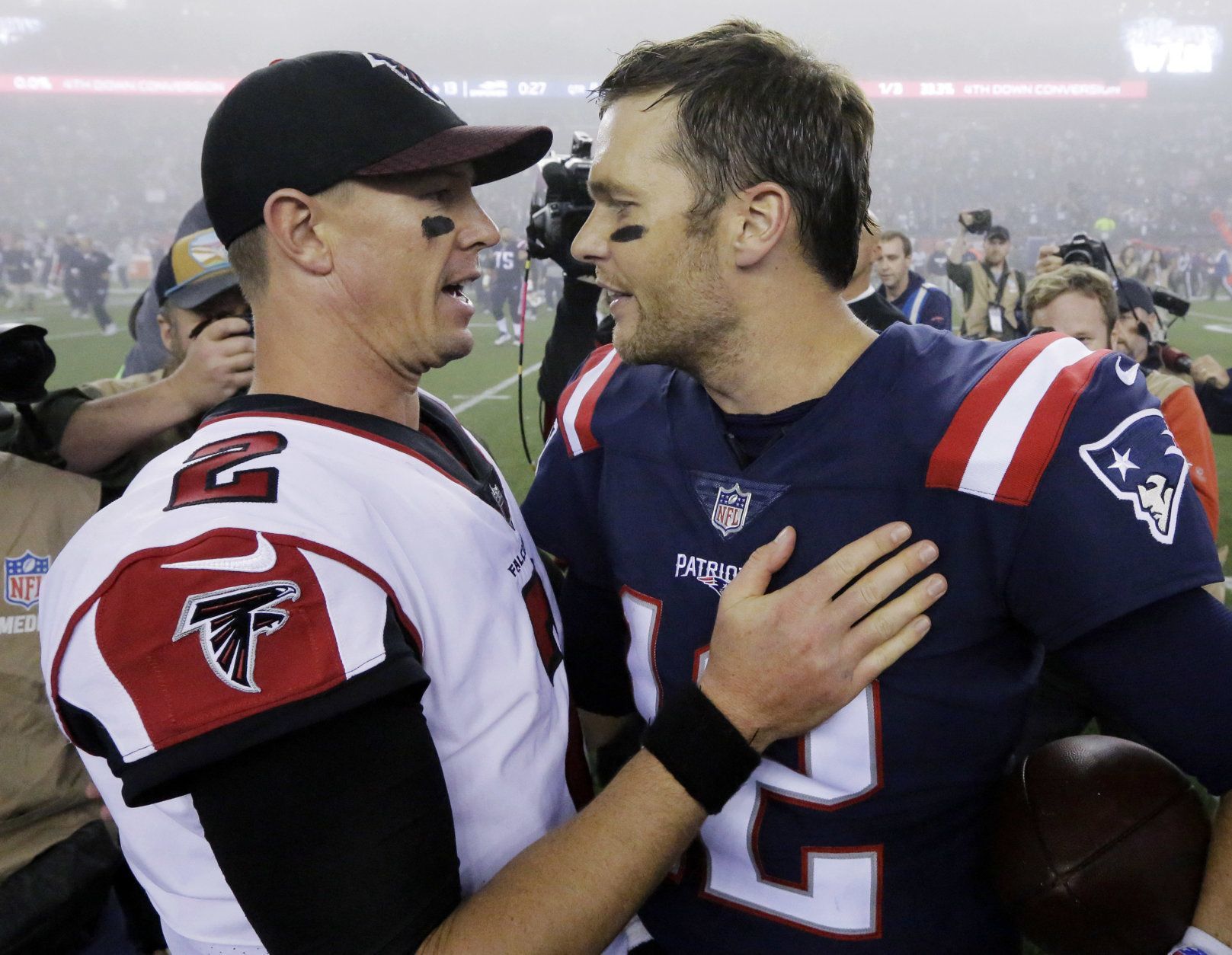 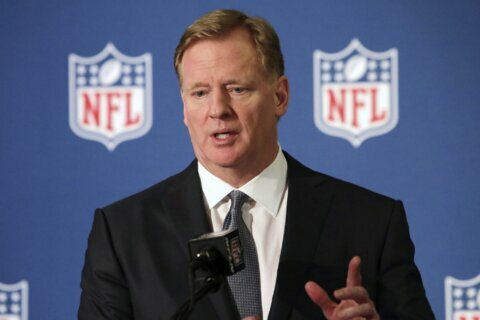 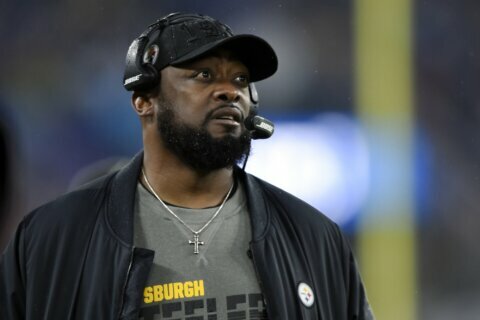