Is the third time the charm for the twice-cursed Saints? Can the Falcons and Panthers regain their championship form? WTOP's Rob Woodfork's NFC South Preview has the answers.
Listen now to WTOP News WTOP.com | Alexa | Google Home | WTOP App | 103.5 FM

It’s hard to get a bead on how good Atlanta will be, largely because a team that talented shouldn’t go 7-9 like it did last year.

The 2019 Falcons revamped the offensive line, boasting two first-round picks (guard Chris Lindstrom and tackle Kaleb McGary) to protect Matt Ryan, who is reunited with offensive coordinator Dirk Koetter. In each of his three seasons under Koetter, Ryan topped 4,500 passing yards and accounted for 86 touchdowns, so this means something. Assuming Julio Jones doesn’t hold out to get his richly deserved contract extension (pun intended), he should pair with second-year (and poised to break out) WR Calvin Ridley to form an unstoppable tandem.

The heart of the Falcons defense, Deion Jones, got a lucrative contract extension in his return from injury and should help what ailed a unit that ranked in the bottom third of the league in points and yards allowed without him last year. Ditto for Keanu Neal. Assuming Atlanta stays healthy, this team could not only challenge New Orleans for division supremacy, but make a real challenge for a return to the Super Bowl.

One of the few things I feel comfortable about predicting in the NFC South: New Orleans is the most talented team in the division.

Beyond that, it’s a crapshoot.

Drew Brees is one of the most prolific passers in NFL history, but at age 40, a steep decline could come at any minute (if it hasn’t already). Athletic tight end Jared Cook comes to the Crescent City to take some of the heat off the newly-paid Michael Thomas in the passing game, and Latavius Murray replaces Mark Ingram as the running back running mate for Alvin Kamara. Coach Sean Payton continues to dream big about the Taysom Hill project, so the offense should still be potent and the defense — still largely intact from last season’s 14th-ranked outfit — should remain stout.

But this team has suffered back-to-back playoff disappointments that the team may or may not be able to recover from. If they do convalesce to get their way to the Super Bowl, it will show a level of resiliency on par with the 1990s Buffalo Bills. If they don’t, it could spell the end of the Brees era Saints as we know them.

This could be a disappointing year in Carolina. Cam Newton didn’t start throwing until the end of May because of a bum shoulder, and then got hurt in the Panthers’ third preseason game, along with kicker Graham Gano. Cam is expected isn’t expected to miss extended time but Gano is. Those are two pretty important pieces that lack an adequate backup.

The defense has generally been solid in the Ron Rivera era, and added 6-time Pro Bowler Gerald McCoy and versatile pass rusher Bruce Irvin as the team adds some 3-4 elements this year. There figure to be some growing pains as the Panthers try to get younger on defense, and asking them to keep up with established teams like the Saints and Falcons in the division will be a tough ask.

Tampa Bay is so gung-ho on salvaging the Jameis Winston pick, they perused the retirement home for renowned QB whisperers of yesteryear. Bruce Arians (66) and Tom Moore (80), clearly aren’t here for the long haul and probably won’t be around long enough to build something greater than the Saints or even the Falcons.

Andre Ellington played for Arians in Arizona and hopes to land a role in a wide open Bucs backfield. Even if the offense vastly improves, the defense — under coordinator Todd Bowles — arguably downgraded at DT by replacing Gerald McCoy with Ndamukong Suh and will need to get a solid contribution from Jason Pierre-Paul, a miracle to be playing at all after his back injury in a car wreck four months ago. Arians may be pulling that Kangol hat over his face to shield his eyes from an ugly season. 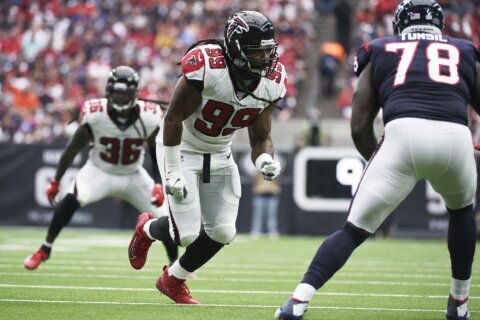 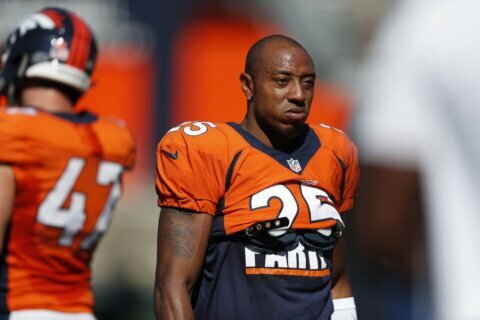