Storm Team 4 Meteorologist Matt Ritter is a native of Washington, D.C., (yes, actually born in the District) and spent his youngest years in Vienna, Virginia, going to kindergarten at Cedar Lane Elementary School. Then his family moved to southern New Jersey, literally while a hurricane was moving up the eastern seaboard. That’s likely where his fascination with severe weather began.

After graduating Saint Augustine Preparatory School, he attended Millersville University near Lancaster, Pennsylvania, graduating with a Bachelor’s of Science in Meteorology. While at Millersville he was involved with the campus weather service as a student forecaster, the school newspaper and the campus radio station. During his senior year, he took a part time behind the scenes job in the early mornings at WGAL-TV in Lancaster. Having been completely bitten by the media bug, he stayed after graduation and worked his way up to a full-time on-camera role, staying heavily involved with the weather graphics systems and online weather content.

A few years ago, Matt returned to his native Washington to take an position involving aviation weather on a government contract. He started freelance work with WTOP soon after and quickly fell in love with covering the weather on the radio, having to describe what he sees to a listening audience, especially people who are in their cars and may be about to experience severe weather. These days Matt is even more involved with Storm Team 4 for WTOP over the air and online, regularly writing weather blogs and contributing to social media, especially during severe storms. Matt enjoys the complexity of the delivering and explaining the forecast for such a large listening area.

When not working Matt’s time involves listening to a lot of music: his collection, going to concerts, and as a freelance disc jockey, specializing in the ’80s and ’90s. His favorite teams are the Philadelphia Phillies and Eagles (remember the Jersey and eastern Pennsylvania thing). A lover of craft beer, he enjoys supporting the area’s microbreweries. In the community, he tries to “give back” by helping area children’s and homeless charities, and is a lector at area churches. 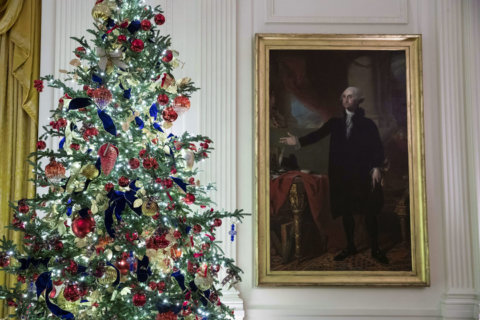 Will there be snow on Christmas? A look at the DC area’s forecast 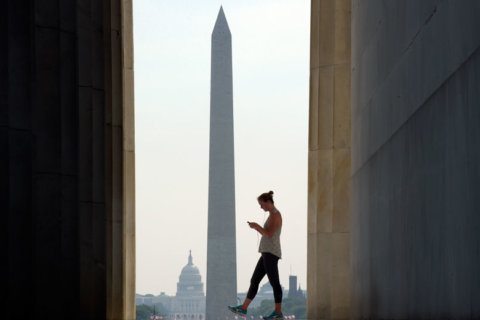 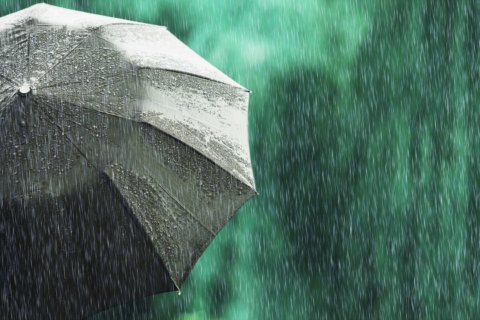 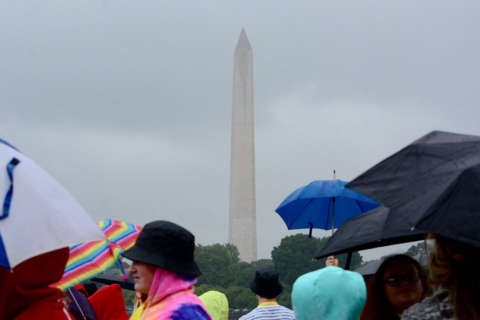 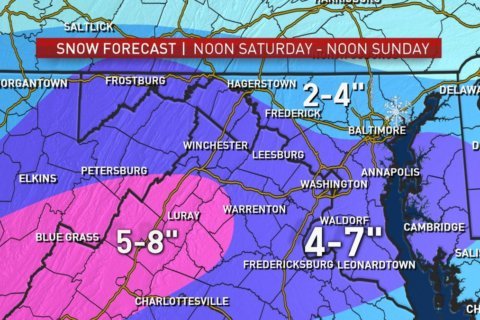 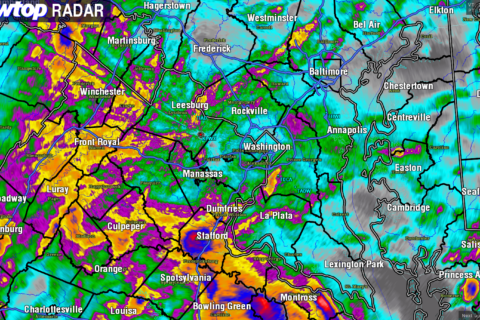 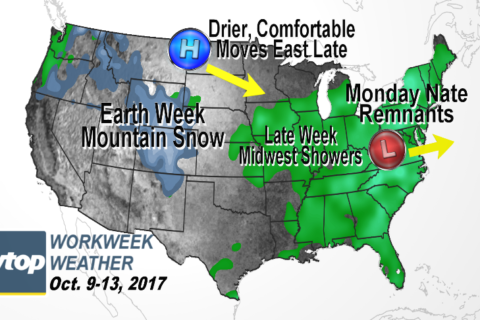 Workweek weather blog: From a muggy Monday to a fall-like Friday 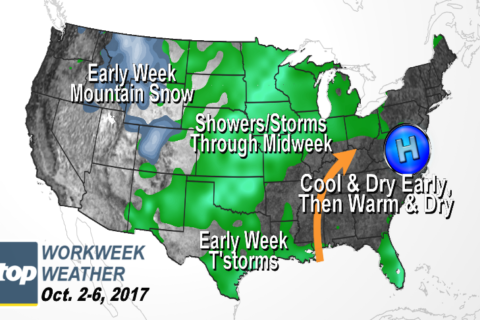 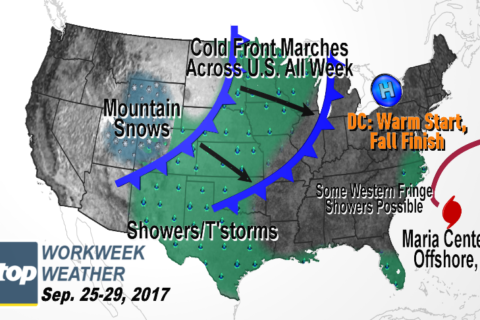 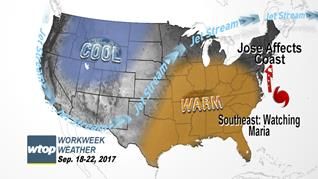 Workweek Weather: Some showers from Jose possible this week 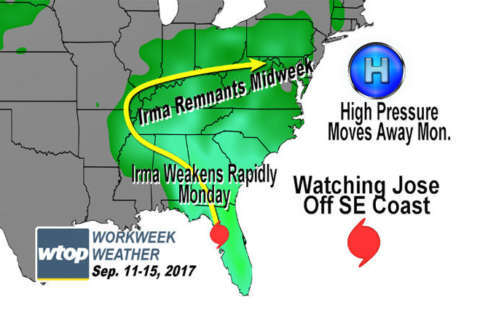 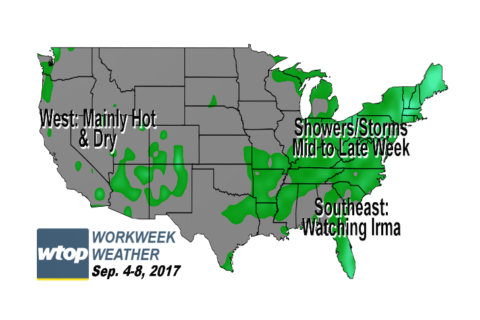 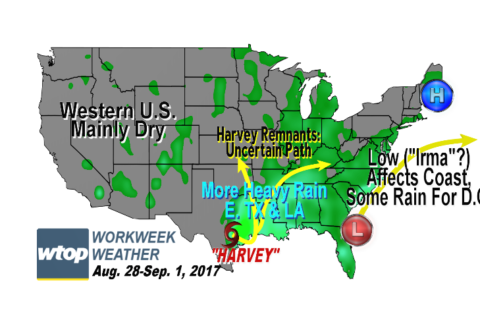 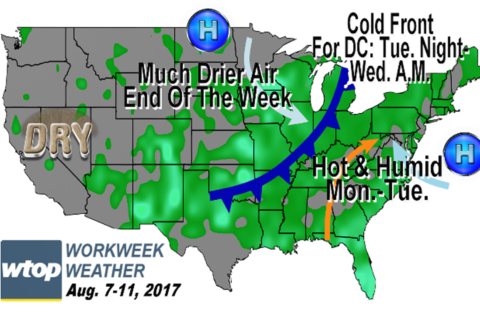 Workweek Weather: Some clouds for eclipse; back to humidity