Winter storm watches have been posted for parts of the area from noon Saturday until noon Sunday ahead of the first snowstorm the D.C. area has seen since November. Potential accumulation is looking to be around 4 to 7 inches for most of the area. WTOP has the info you need.
Listen now to WTOP News WTOP.com | Alexa | Google Home | WTOP App | 103.5 FM

WASHINGTON — The first snowstorm the D.C. area has seen since November looks ready to begin Saturday in the early afternoon.

Winter storm warnings have been posted for parts of the area from 10 a.m. Saturday until 1 p.m. Sunday in Fauquier, Prince William and Stafford counties in Virginia and Calvert, Charles and St. Mary’s counties in Maryland.

The rest of the D.C. area is under a Winter Weather Advisory, from 4 p.m. Saturday through 7 a.m. Sunday.

Potential accumulations are looking like 4 to 7 inches for most of the D.C. area, Storm Team4 Meteorologist Doug Kammerer said Friday afternoon.

“It is going to be a little bit of a difference depending on where you live,” Kammerer said. “Some areas will get more than others. But the big thing here is, everybody gets snow.”

Here is our latest #SNOW map! The Sunday part of the storm does look like it will help to add to the totals. Stay with #StormTeam4 throughout the storm. We’ve got you covered. pic.twitter.com/Daoq2fz23I

A swath of moisture will be picked up from the Gulf of Mexico by the storm, transporting it toward the area and interacting with cold, initially dry air already in place. The storm’s center will head through the Southeast states, eventually moving to the coast of the Carolinas and strengthening as it heads out to sea.

It does not look like it is going to be a classic Nor’easter heading up the eastern seaboard. This will put the area on the northern fringe of the precipitation shield, where it will stay cold enough for all snow. The ground will be cold enough for most of the snow that falls to stick, though likely not right away.

Snow intensity will rapidly wind down Sunday evening, with only snow showers or flurries lingering into Monday morning (and plenty of icy spots). There will be some bands of heavier snowfall close to the wintry mix/rain line somewhere in central Virginia. A secondary wave of snow could occur, giving the Interstate 64 corridor ultimately higher accumulations.

The dry air may keep most of northern Maryland up to the Pennsylvania line on the low end of the potential range.

Again, areas south of Interstate 66, especially closer to I-64, should be aware of the potential for a little more than that range. Considering how much of the storm will be occurring at night, the fact that it’s occurring during the weekend and that accumulations will be drawn out over a period of time, this would qualify as a low-to-moderate-impact storm.

While potentially not a history-making storm, it will be the most snow the region has seen since Nov. 15! That mid-November storm officially brought 1.4 inches to Reagan National Airport, 3 inches to Dulles International Airport and 1.7 inches to BWI Marshall Airport — all records for the date.

In Maryland, the State Highway Administration is pretreating roads and getting equipment ready. They said in a statement Friday that they plan to have brining completed by Saturday and staging trucks and plows beginning Saturday night.

You can track the Maryland snow preparations on the Statewide Transportation Operations Resources Map (STORM) app.

The highway agency said that if more than 6 inches of snow fall, they’ll make certain park-and-rides available for truckers to ride it out. They’ve got a list of locations online.

The Virginia Department of Transportation has been pretreating roads since Thursday, especially in the Fredericksburg area.

Friday: Sunny, cold and breezy. Highs in the mid- to upper 30s; wind chills in the teens and 20s.

Saturday: Cloudy, with snow moving in during the afternoon hours and continuing overnight. Highs in the low- to mid-30s.

Monday: Morning flurries possible. Some sun in the afternoon. Highs in the low to mid-30s. 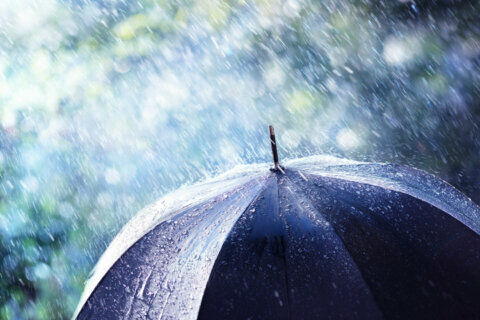 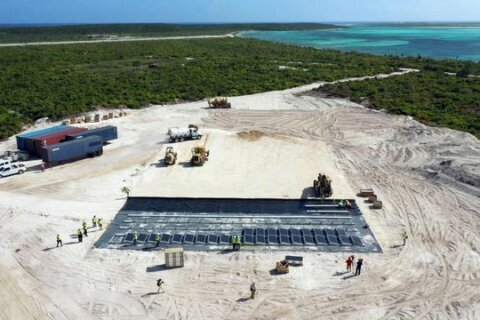