The Potomac, Rappahannock and Shenandoah rivers have locations under a flood warning through the week or until further notice. Here's what you need to know.
Listen now to WTOP News WTOP.com | Alexa | Google Home | WTOP App | 103.5 FM
(1/3) 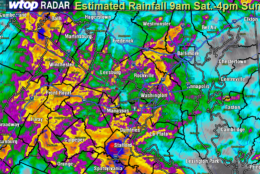 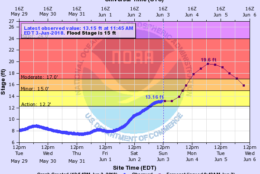 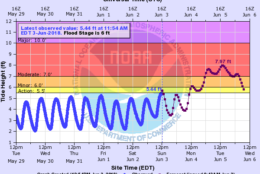 WASHINGTON — After almost constant rain over the weekend, flooding of the bigger rivers in the D.C. area has become more likely Sunday afternoon, as the waters from streams, creeks, and runoff from roadway fills the rivers.

River flood warnings had already been posted for the Rappahannock River in Remington as of Sunday afternoon, in effect until Monday.

The Potomac River at Harpers Ferry, Shepherdstown, Point of Rocks and Edwards Ferry has river flood warnings in effect until Tuesday or until further notice.

The Shenandoah River also has locations under effect until Tuesday evening.

A river flood watch was in effect for the rest of the length of the freshwater Potomac until further notice.

Some of the freshwater Potomac locations may not drop below flood stage until Wednesday.

As is often the case, at Georgetown and points south, flooding levels will be affected by tides. 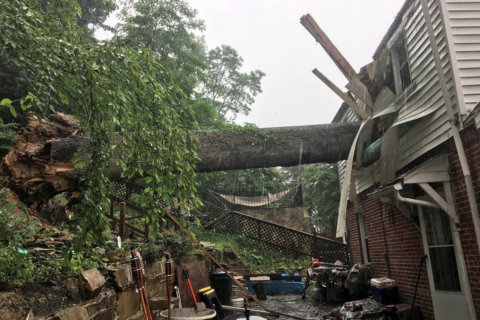