Workweek Weather: Some clouds for eclipse; back to humidity

There may be some clouds in the D.C. area dotting the sky, but they are not expected to interfere completely with eclipse viewing.
Listen now to WTOP News WTOP.com | Alexa | Google Home | WTOP App | 103.5 FM
(1/14) 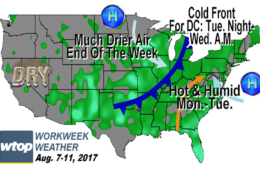 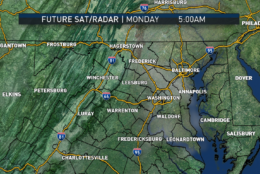 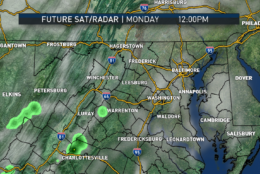 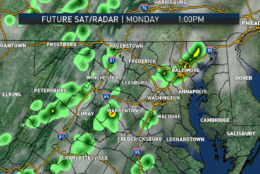 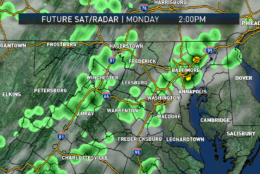 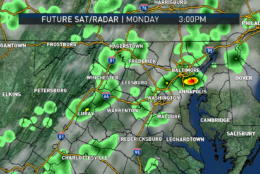 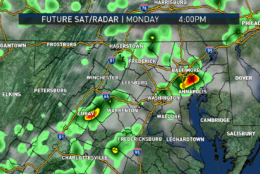 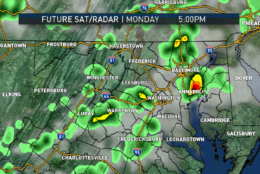 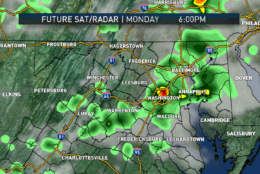 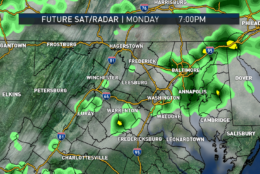 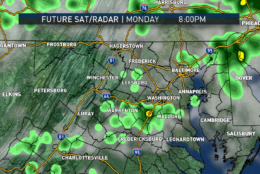 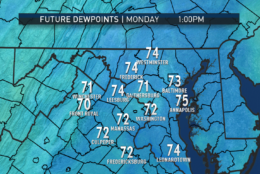 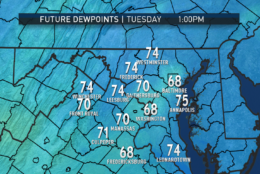 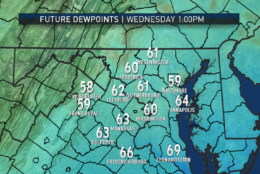 WASHINGTON — The late American comedian George Carlin quipped that the forecast was dark at night followed by partial lightness toward morning. On Monday, that’s the forecast for most of the afternoon followed by the evening.

Naturally, this is regarding the much-anticipated solar eclipse. Unfortunately, it does not look like Monday will have a repeat of Sunday’s near totally clear skies. But at the same time, it still looks like the eclipse will be at least partially visible through the clouds.

(And, again, it cannot be emphasized enough to make sure you’re doing so with approved, genuine eclipse filters or you’re not looking directly at all.)

High pressure that brought abundant sunshine on Sunday is heading out to sea, and southeasterly winds in its circulation started transporting increased humidity back into the D.C. area at night. That’s what led to the cloud cover that will be over some of the area first thing Monday morning.

However, these types of clouds this time of year are usually a morning phenomenon, and the daytime heating will mix them up and break them up into scattered cumulus clouds — they are not expected to interfere completely with eclipse viewing. We are categorizing the day as “partly sunny,” which basically means even though there will be some cloud cover, at most times, the disc of the sun will be visible in the sky, even though there may not be an abundance of blue color.

Cloud cover or no cloud cover, during the eclipse, it will still get fairly dark. Temperatures will drop temporarily. Interpolating from some reports of past eclipses, there are estimates there could be a 5-10 degree drop in the greater D.C. area.

Later in the day after the eclipse is over, temperatures will climb again, and the region will likely be tracking an isolated or a few scattered thunderstorms that will form near the mountains. They would drift toward the greater WTOP listening area in the evening.

After the eclipse and everything on Monday is over, the region will be in more of a southwesterly flow on Tuesday, keeping the humidity in place but bringing in even hotter temperatures. Combined with the humidity, Tuesday will be a very uncomfortable day. A line of storms will accompany a cold front in the Midwest and Ohio Valley but may not make it to the D.C. area before the day is through.

That cold front will pass through likely midday Wednesday. Some showers and storms will be scattered along the front, some with potentially gusty winds. But the good news is much drier air will filter in behind the front Wednesday evening and last the rest of the week, possibly into the upcoming weekend, courtesy of a big area of Canadian high pressure.

The second half of the week will have seasonable temperatures with much lower humidity levels. The region will be getting an extended break from storms and rain.

Recapping some eclipse factoids: The region is looking at 82 percent coverage, peaking at 2:42 p.m. The areas in the country which will see total coverage will stretch from Oregon to South Carolina.

MONDAY
• Muggy to start with low-level clouds
• Heating up quickly in partial morning sunshine
• Mostly dark from roughly 1:45 p.m. until 3:45 p.m. (Yes, that’s the eclipse effect!)
• Hot and humid, except for about 5-10 degrees cooler during the eclipse
• Isolated thunderstorms toward evening

WEDNESDAY
• Mostly cloudy, warm and very humid in the morning
• Midday storms – at least scattered, possibly in an organized line
• Breezy and turning less humid late in the day

Wet weather lightens up Friday, but persists into weekend