Metro would significantly improve service through Columbia Heights, Fort Totten and Hyattsville by extending all Yellow Line trains to Greenbelt, and add service on the Red Line near Glenmont under a final budget proposal set for preliminary approval Thursday.

The Yellow Line extension would “double service during rush hours and address current crowding conditions at the nine stations north of Mt. Vernon Square,” documents prepared for the Metro Board Finance Committee said.

On the Red Line, trains that currently turn back toward downtown at Silver Spring would instead continue on to serve Forest Glen, Wheaton and Glenmont.

The final $2 billion operating budget proposal going before the committee Thursday removes other options, such as a $2 flat weekend fare, longer periods of weekday rush hour service and a move to further expand the use of eight-car trains.

The final draft also removes — for now — $37 million in preparation, training and acceptance costs for Silver Line Phase 2 to Dulles International Airport and Loudoun County until the “impacts of quality issues on schedule are finalized.” Metro is concerned about problems with concrete rail ties at locations where trains will cross from one track to another. Trains are currently set to start carrying riders sometime in 2020.

There is no increase to base fares and Metro hours will not change. Metro does plan to pay a small part of late-night Uber, Lyft, taxicabs or similar services for service industry workers whose shifts end after the rail system closes.

The final budget plan does include cheaper daily, weekly and monthly passes, a new $28 three-day weekday pass and free bus trips added to all unlimited-ride rail passes. The weekly unlimited ride bus pass price is set to drop from $17.50 to $15.

The budget does not include any major bus service cuts or changes either.

The budget also includes $1.127 billion in funding from local taxpayers.

The District, Maryland, Virginia and local governments in Virginia make separate contributions toward the capital budget, and Metro also gets federal grants.

The full Metro Board is scheduled to approve the budget in a final vote later this month.

Metro does identify potential risks in the budget proposal.

The budget assumes ridership declines will end to at least stabilize numbers after years of significant drops.

In part, Metro hopes the improved service on the Red and Yellow lines and discounted passes could help, but the agency anticipates losing a significant number of riders during the Blue and Yellow Line shutdown this summer.

Metro remains concerned about its long-term retirement liabilities, a lack of rainy day funds and the expiration of 10 years of special federal funding on Sept. 30 that has helped pay for capital projects.

However, Metro now believes the $150 million in annual funding promised by the Passenger Rail Investment and Improvement Act of 2008, known as PRIIA, will be applicable to this upcoming Metro budget that begins July 1, so Metro can avoid a capital funding shortfall if Congress renews or expands the funding over the next year or so, rather than needing that fix within the next six months.

Metro has significantly increased capital spending this year, even advancing funding from future years to cover additional work, such as this summer’s Blue and Yellow Line shutdown, the purchase of new office space and power system repairs.

The fiscal year 2020 capital budget proposal is $1.5 billion, including delivery of the final new 7000 Series trains, continued work on a mobile payment app, and upgrades or fixes for parking garages, elevators and escalators.

In an online survey and at public hearings, riders seemed to support a variety of proposals to improve service, but were more wary of a suggestion of extending rush hour service periods since that was proposed to include extended rush hour fares.

It is not clear how representative the rider responses were on many of the issues, though, Metro said, even after considering only responses where riders said they would “certainly” use the system more or less if each change were made rather than the next level of responses that said “probably.”

For example, about one-third of those who responded to the online survey indicated they would definitely ride Metro more if all Red Line trains were extended to Glenmont, but a far smaller proportion of riders actually use the three stations at that end of the Red Line.

In addition to adding service to offset service cuts made about two years ago, extending Yellow and Red Line trains also simplifies Metro’s operations and removes some opportunities for problems to crop up since it eliminates mid-line turnarounds that require choreographed movements.

Metro also still hopes to restore smoother automatic train operations sometime during the coming budget year for the first time in a decade once automatic door operations are cleared to be restored. 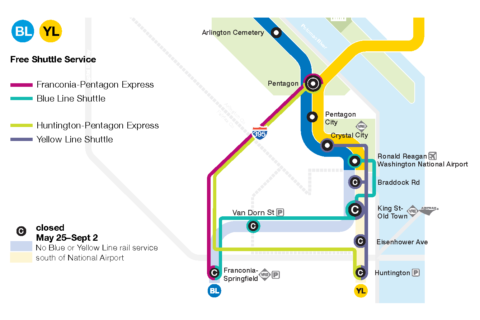 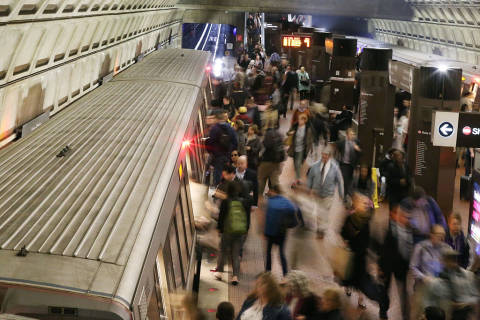 More room to breathe on Metro — when cars are working