Metro continues to find problems with cables and other electrical equipment through its preventive maintenance programs that began in 2017 that make it unlikely it will agree to extend its operating hours in spite of pressure from the Metro Board.
Listen now to WTOP News WTOP.com | Alexa | Google Home | WTOP App | 103.5 FM

WASHINGTON — In a presentation aimed at justifying a continued reduction in rail service hours, Metro said it found a series of problems with cables and other electrical equipment through its preventive maintenance programs that began in 2017.

Efforts to prevent electrical fires are among the most important and challenging, said Laura Mason, acting Assistant General Manager for Rail Services.

For example, a program initially meant to test the insulation of high-voltage cables to be sure they would not break down and cause a serious fire uncovered a number of other issues.

“What we have found doing this program is that our negative returns, those heavy-duty cables that take the electrical current from the train back to the substation, have been experiencing a 22 percent failure rate,” Mason said.

Metro’s goal is to reduce track fires by 50 percent, but so far, it has only reduced fires by 20 percent. More research into the cause of these fires found the same cable testing is needed for other cables as well, including those used for train control signals, emergency phones and cable heaters.

“What we have seen … is a reduction in the severity of smoke and fire incidents,” Mason said.

Metro is finding and fixing issues through a separate stray current testing program meant to prevent some electrical arcing incidents.

“So far our pass rate, in terms of sections we have tested, is about 20 percent. So this is a program that’s identifying capital renewal work we need to do, helping us prioritize our fastener replacement program,” Mason said.

While it doesn’t mean every fastener is failing in a given area, it means there are many areas in which Metro needs to do some level of replacement and repair, often via evening or weekend single-tracking, if not during overnight hours.

The current program, which includes testing cables, testing for stray current and track bed cleanup, is now more than one-third of the way through planned passes through the system.

Other work on specific track problems is further along, but also still being adjusted. For example, work on interlockings, where trains cross from one track to another, has been accelerated as the agency prioritizes repairs.

“As of the end of September, 62 percent of our interlockings were considered in good condition,” Mason said. That means however, that 38 percent were not.

It is not clear how frequently some or all of this maintenance work will need to be done in the future to continue to meet goals for reduced emergency single-tracking or other delays.

“What we want to do is complete this first pass, and understand what our failure rate has been. We have started in the worst areas first,” Mason said. “So if we see the failure rate of these tests come down to a more manageable level, we would revisit the frequencies and understand if we could stretch them out.”

While Mason and other Metro management cite reduced service hours as a key to the preventive maintenance programs, the Metro Board asked Dec. 13 if there are other ways to get the work done.

D.C. leaders, including Metro Board Chairman Jack Evans, want a return to 3 a.m. closings on weekends.

After some pushback from the new Metrorail Safety Commission, Evans said the idea would be to find the maintenance time elsewhere, either with a return of midday track work, or more round-the-clock shutdowns.

“There’s no easy solution here,” Evans said, “We would not support an idea of just reducing hours without replacing them with something else.”

Metro General Manager Paul Wiedefeld promised to report back next month with potential options, although he supports keeping the current hours.

“Over time, as we get this under control … we can get that tighter and tighter, where we will work smarter, we will have it at a condition where we don’t have to get into the depth that we’re getting into, so I think there is definitely light at the end of the tunnel, but I do also feel that we’re not there yet,” Wiedefeld said.

The general manager warned that the “bad old days … they’re not that far behind us.”

In addition to efforts to improve efficiency and look at other ways or times to do track work, Wiedefeld is pursuing an effort to move people away from Metro at night through some type of partnership with companies like Uber or Lyft.

If the Metro Board does not approve a continuation of current hours, or some new schedule by June, Metro’s hours would revert to the traditional 3 a.m. weekend closings, midnight weekday closings, and 7 a.m. to midnight Sundays. It is an unlikely, but still theoretically possible outcome, depending on the alternatives Metro staff present.

In addition to preventive maintenance overnight, Metro also does some capital projects like power system work, radio cabling and other projects.

“We can maintain the stable service because we are spending the time overnight to do the necessary maintenance to proactively identify and address track issues rather than allowing them to affect passenger service,” Mason said. “We still have more work to do to continue on this path to deliver reliable service to our customers.”

Part of the debate hinges on Metro’s willingness to make changes that would effect its performance numbers during the day.

After all, as Chief Operating Officer Joe Leader said, any work while the system is open also would mean a drop in Metro’s reported on-time arrivals. 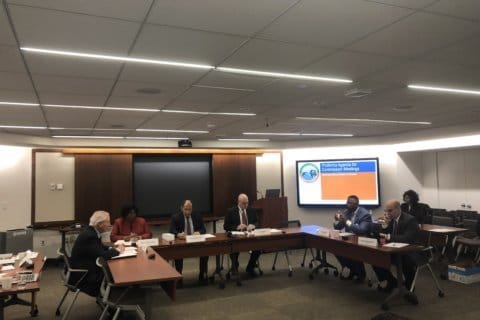 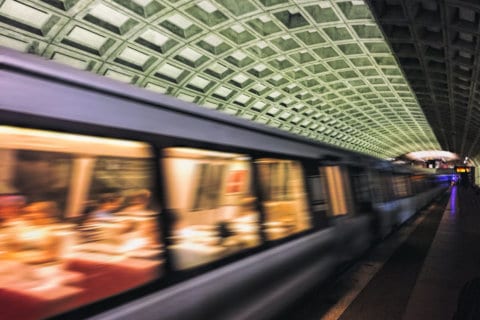