DC Memorial Day travel gets underway: Here’s what you need to know

Whether by car or plane, D.C. area travelers are headed out of town early this Memorial Day weekend — especially as fast-moving severe weather looks to complicate trip plans.

AAA predicted that over 865,000 people in the D.C. area will travel 50 miles or more from home for the holiday.

Everything you need to know:

As for air travel, AAA is forecasting that there will be nearly 78,000 locals taking a trip by plane, which the auto club said would be up over 20% compared to 2021.

A majority of vacationers are doing so by car for Memorial Day weekend, and there’s one concern on all of their minds: gas prices.

“It’s unfortunate, but we’re still going,” said Cecelia Gallagher, who spoke with WTOP’s Valerie Bonk at a gas station just before the Chesapeake Bay Bridge on Route 50 in Maryland.

Kenneth Kirby, from Virginia, was one of those hundreds of thousands of drivers that AAA expected to hit the road for their holiday trip. He wasn’t thrilled about the record-high gas prices either.

“Oh yeah, just like everyone else is,” Kirby said, but added it’s not stopping his getaway.

Mark Doll wasn’t heading east across the Bay Bridge for beach trip, but for work.

Heading to the beach? Best times to travel the Bay Bridge

Overall, an expected 330,000 vehicles are expected to cross the Bay Bridge this weekend and drivers are being told to expect delays and to travel during off-peak times if they can.

According to the Maryland Transportation Authority, the best times to travel the Bay Bridge on Memorial Day weekend are:

Travelers could also consider switching up their route, using the Interstate 95 northern route and crossing the Tydings Bridge to get to the Eastern Shore.

There were a number of delays and cancellations at D.C.-area airports Friday morning, as severe weather moved into the region.

The severe weather was not only throwing a wrench in flight plans for some travelers — but also a dent in their wallets.

A man going to pick up his daughter from Nashville told WTOP’s Neal Augenstein that he had to pay extra to switch to an earlier flight out of Dulles International Airport in Loudoun County, Virginia.

“United (Airlines) actually sent me a note to my phone, to let me know (my flight) was gonna get canceled later today because of the storms, to rebook. So, it cost me an extra 200 bucks to fly out this morning and miss the storm, but I gotta get there.”

Some air travelers can expect delays and cancellations. Some here at Dulles have rebooked later flights to this morning, to avoid storms forecast this afternoon/eve. pic.twitter.com/0UrppnRaqQ

Others who skipped out on a Memorial Day trip last year told WTOP that they booked early this year. However, concerns about COVID-19 have a mother of two heading to Texas worried about flying without masks.

“Masks and everything were required in October on the plane,” the mother said about her last flight. “Now I’m very uncomfortable having two small children and people not wearing masks.”

WTOP’s Neal Augenstein and Valerie Bonk contributed to this report. 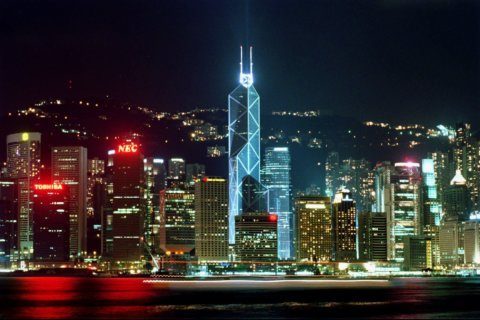 New study ranks the top 10 most expensive cities for expats