Accompanied by go-go music and a giant rat balloon resembling President Donald Trump, a group gathered in D.C.’s McPherson Square and marched to the White House for a combination celebration and demonstration as the 2020 presidential election draws to a close. 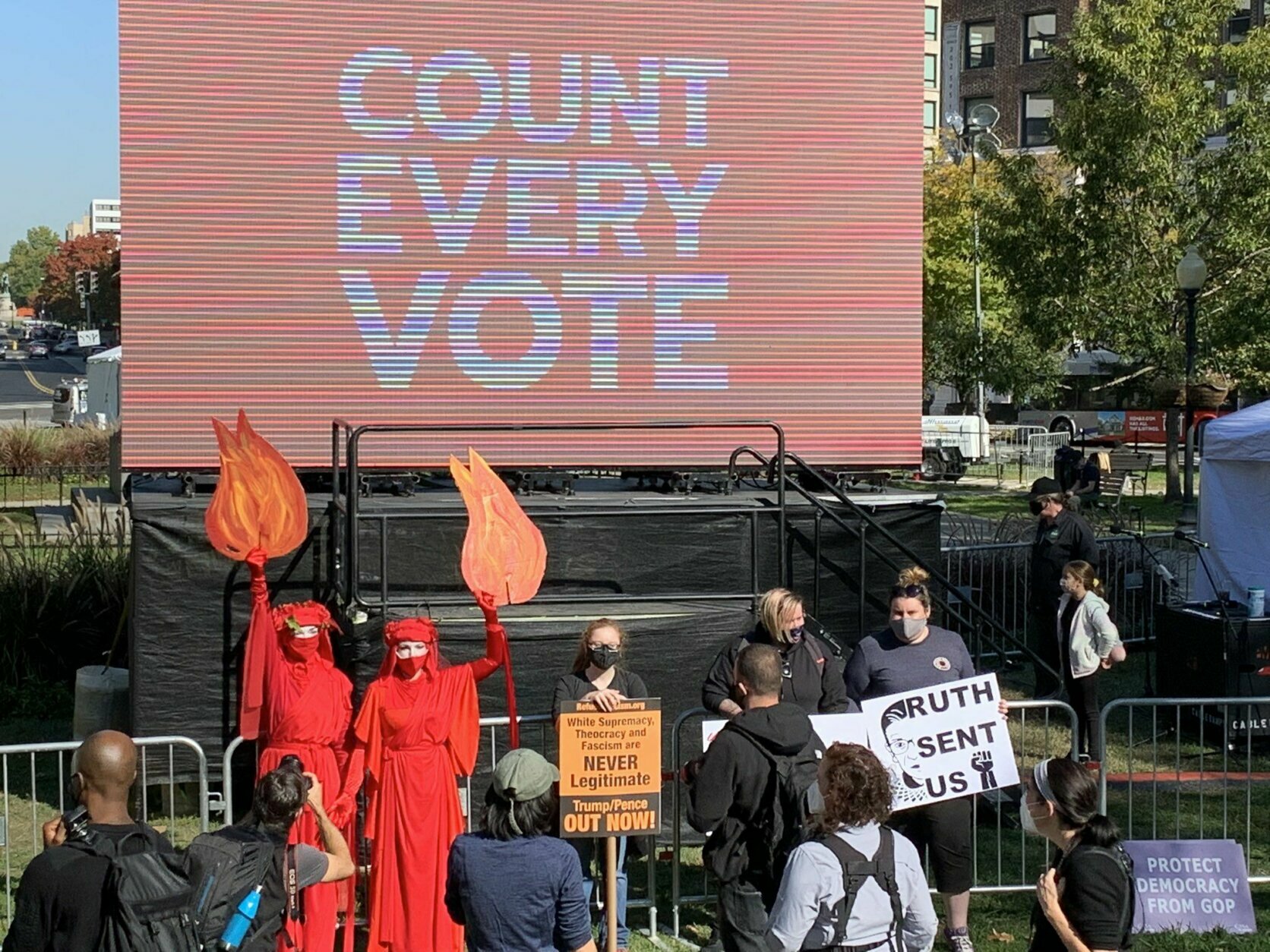 The gathering, organized by Shutdown DC and the immigrant advocacy group CASA in Action, featured a lineup of speakers who reinforced the importance of working for progressive priorities in what is increasingly likely to be a Biden administration. They also continued to call for every vote to be counted. 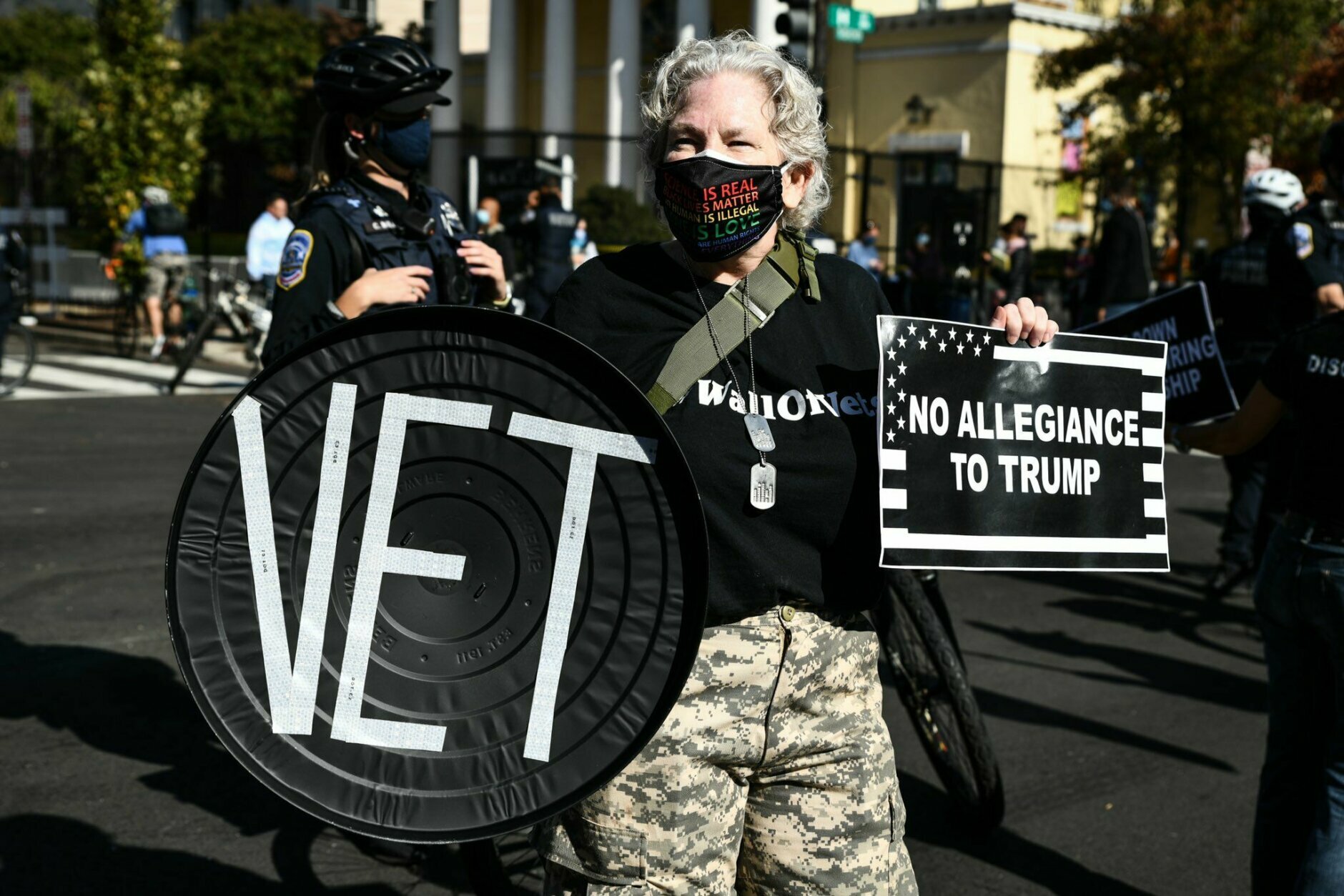 Sulma Arias, of Community Change, recounted her immigration journey from El Salvador, and said of women and people of color, “We are saving this democracy. Let’s own that.”

She added, “We are ready to fight to make sure that the promises that have been made to our people get fulfilled.” 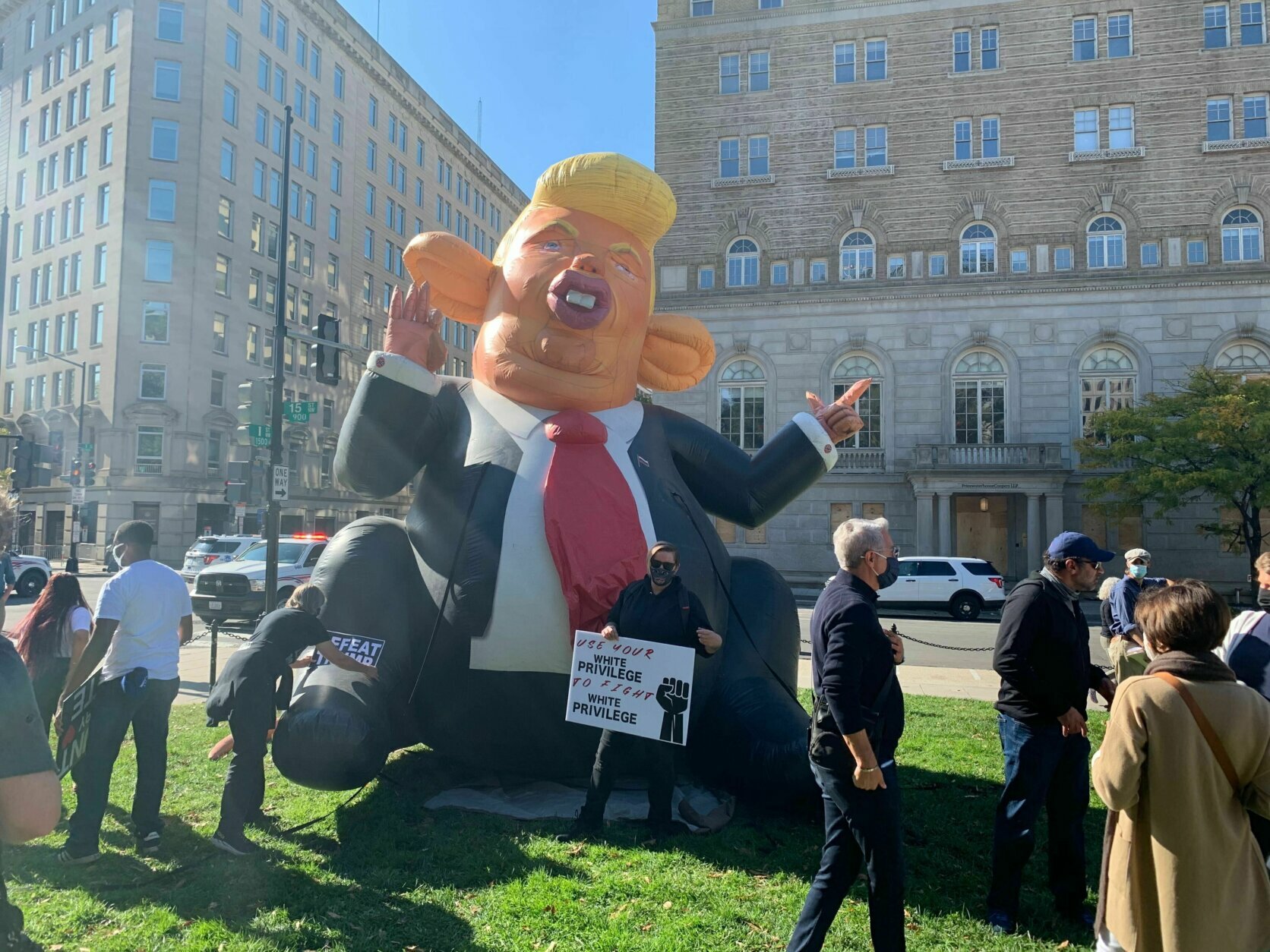 3/8
A balloon depicting President Donald Trump as a rat was part of the proceedings. (WTOP/Mike Murillo)

Sofia Lozano, of CASA in Action in Pennsylvania, addressed the likely new administration, saying, “We showed up for you at the polls; show up for us in the policy decisions you make.”

Immigrant advocacy groups and climate activists joined up for a short march from McPherson Square to the White House not long ago, along with a gigantic inflatable effigy of Trump as a rat. A few nights ago they had one of him as a chicken. pic.twitter.com/HERhjtpQB1

Crystal Gong, from Sunrise DC, recounted how her parents left a “pretty cushy life” in China to move to what she called “this dumpster fire of a country,” where they were “terrified for their children’s lives” in the middle of a pandemic and had to drive an hour and a half each way to get to a Chinese-speaking therapist. She said she asked her mother recently whether she would move to the U.S. all over again. 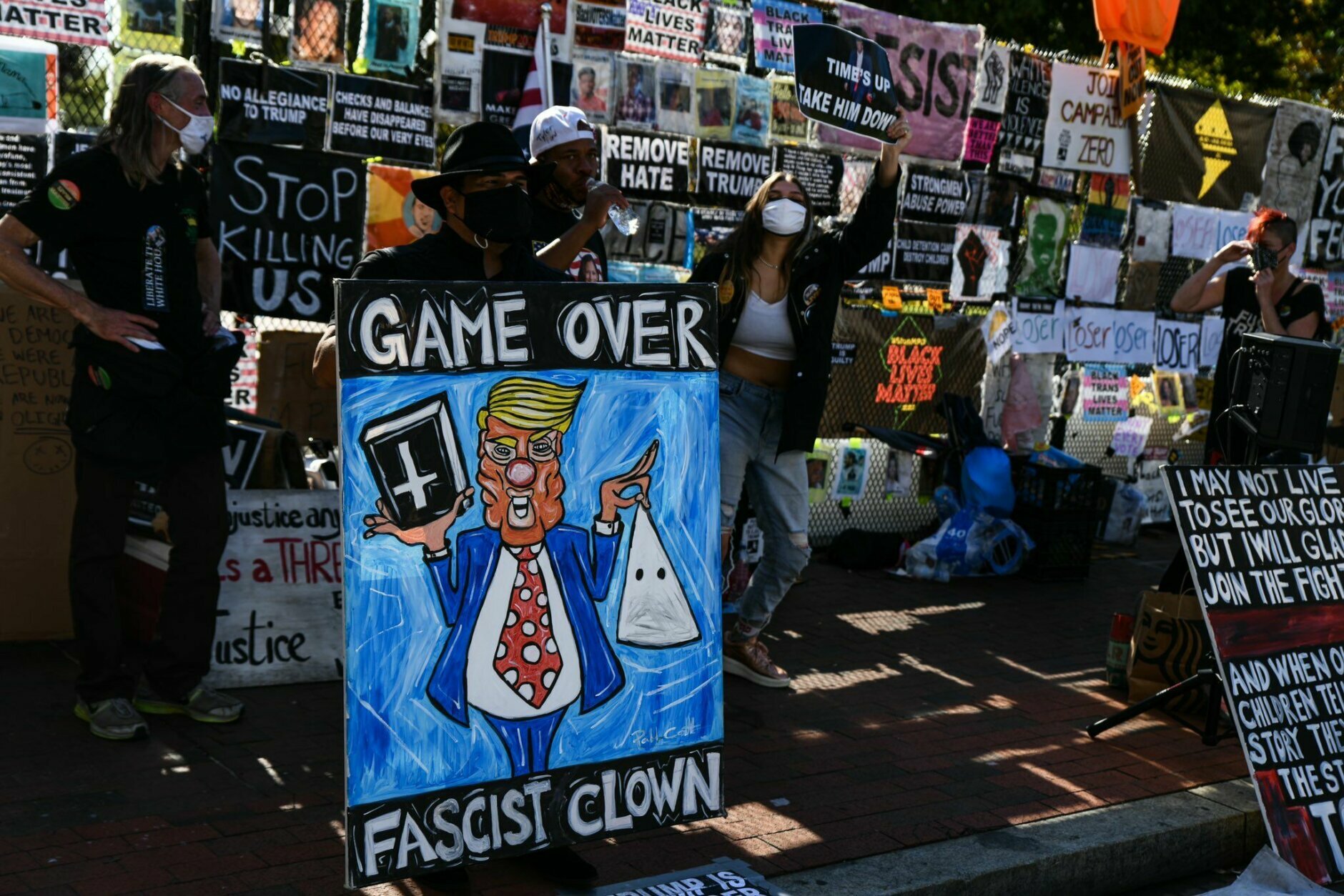 5/8
The march ended at the White House. (WTOP/Alejandro Alvarez)

Gong said, “I have rights that they would not dare to dream about having in their life in China. … I can never take that for granted.” 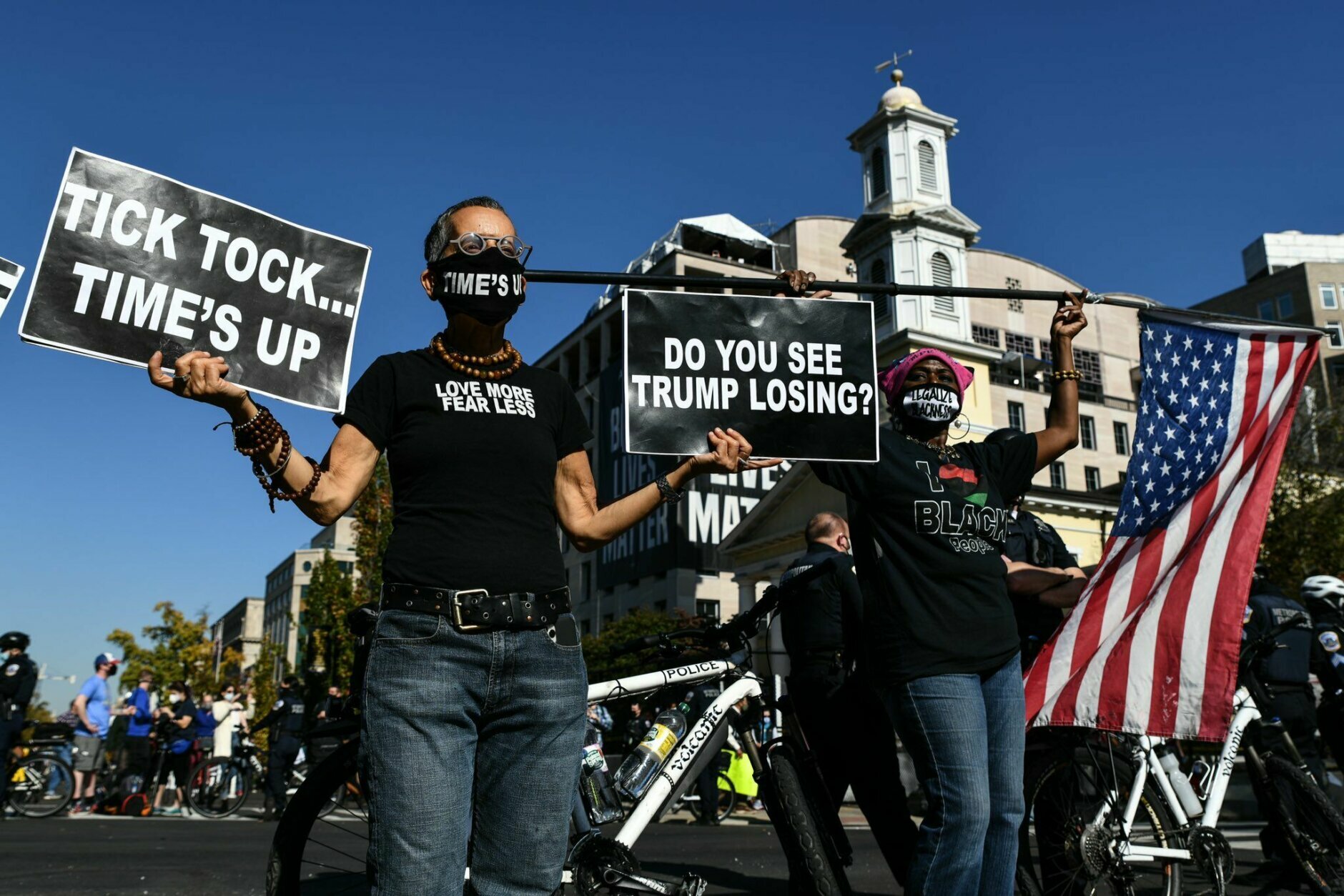 Gong added, “We’re going to take time this week to celebrate … because joy is crucial to sustaining a movement. But once we’ve finished celebrating, we need to remember that electoral politics is only one of the pillars of power that we need to seize.”

She said she had only been an activist for about a year, and that it had changed her. She advised the crowd, “Join an organization and get stuff done.”

What’s a D.C. event without some go-go? (WTOP/Alejandro Alvarez)

Maria Ogden, of Putney, Vermont, came as part of Shutdown DC, and told WTOP, “It’s disgraceful that in what we call a democracy, not every vote is being counted.”

WTOP’s Mike Murillo and Alejandro Alvarez contributed to this report. 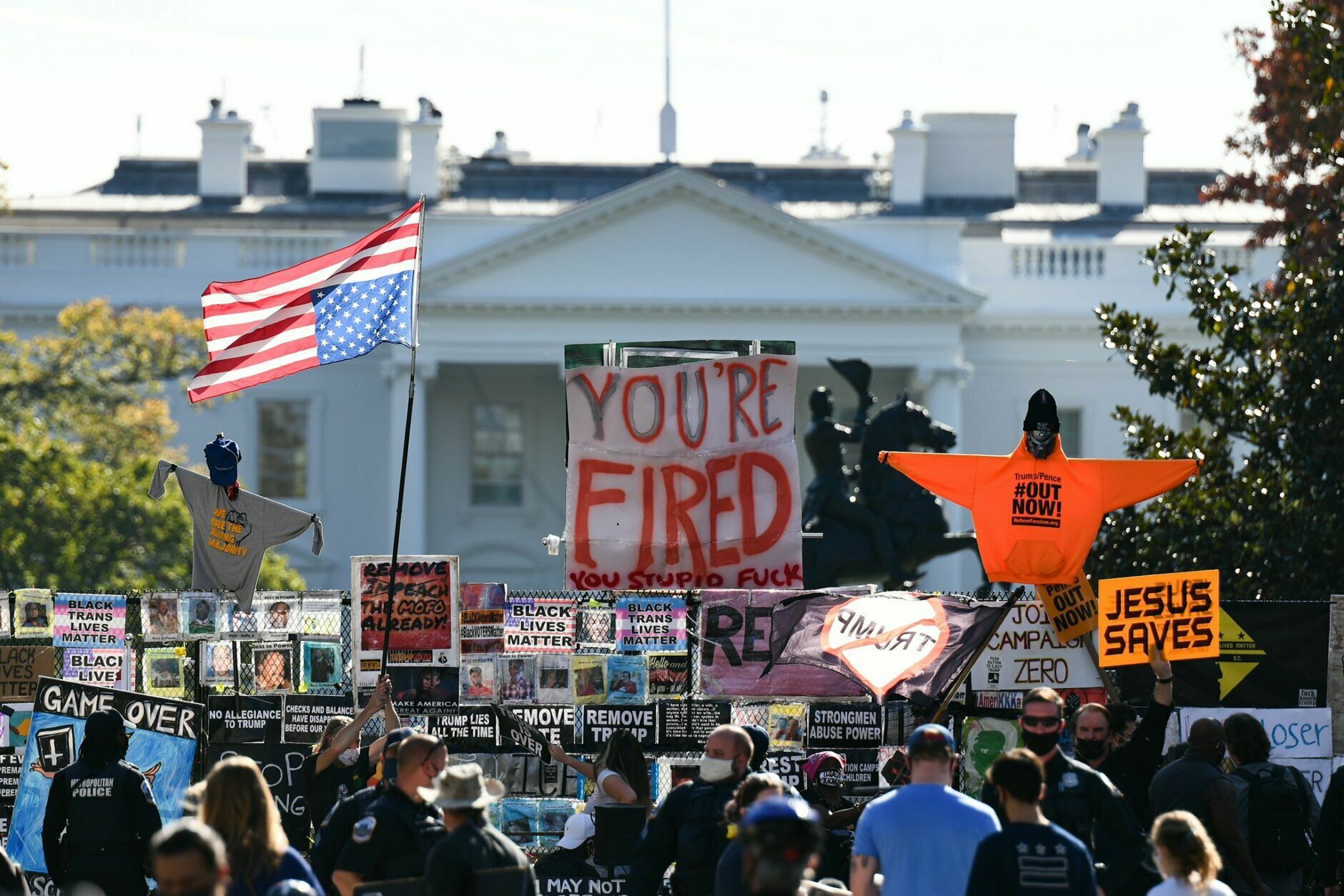 8/8
The march ended at the White House. (WTOP/Alejandro Alvarez)