D.C.’s second Michelin Guide is expected out Oct. 17, and the restaurant community is already bracing for its release. What does it take to earn a Michelin star? A local restaurant shares.
Listen now to WTOP News WTOP.com | Alexa | Google Home | WTOP App | 103.5 FM
download audio
'You have to make sure that everything is spot on and perfect' (WTOP's Rachel Nania)

Days before its release, there was anticipation, speculation, even trepidation — Who would be recognized with one, two, or three stars in Washington’s inaugural Michelin Guide?

It turns out, 12 restaurants received the coveted culinary rating: nine were awarded one star and three were recognized with two stars.

D.C.’s second Michelin Guide is expected out Oct. 17. What new restaurants will earn a star? Will any from last year’s list lose one? And is a three-star restaurant in the cards for the nation’s capital?

These questions are on the minds of chefs and restaurateurs throughout the city, including the team at Plume, one of the 2016 Michelin-starred restaurants. 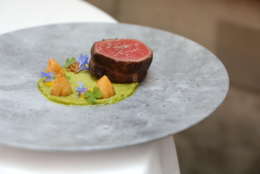 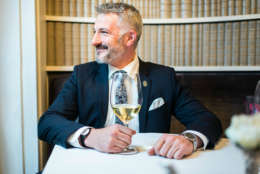 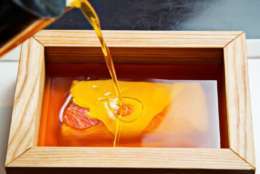 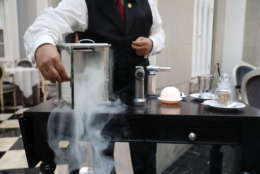 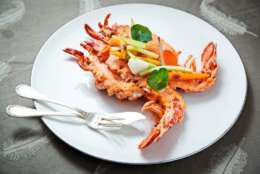 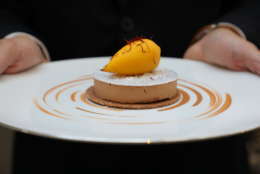 “There’s this extreme weight on us, constantly, about the Michelin,” said Sean Mulligan, Plume’s restaurant manager.

“It’s a [reputation] that you have developed and people see you in a different way, mainly among restaurateurs throughout the city.”

To find out more about what it takes to run a restaurant of Michelin-star caliber, WTOP sat down with Mulligan, along with Plume’s executive chef and wine director, for some insight on the inner workings of fine dining.

More than food, wine and service — it’s the individual experience

David Metz, wine director at Plume, said it takes more than great food, good wine and excellent service to be recognized with a Michelin star.

“It’s kind of peanuts in the grand scheme of things. Those are the things that should be in place,” Metz said.

What sets a Michelin-star restaurant apart from others is the attention to individualized service.

“That’s where our biggest challenge is: to be able to read every guest that comes in,” Mulligan said.

Executive Chef Ralf Schlegel adds, “The effort is you have to create an experience, it’s not just a meal. It starts with people dressing up at home before they come to us, all the way to the end. You have to make sure that everything is spot-on and perfect.”

Chefs and front-of-house staff are always aware that someone special could be sitting in the dining room — whether that person is a food critic, a head of state or a Michelin inspector.

The key is not to focus all of the attention on just one table. The meal should be excellent for everyone in the dining room.

“I think we have to treat all of our guests the same way, and that’s really the idea behind it,” Mulligan added.

A clip from the movie, “Burnt,” discusses the role of the Michelin inspectors:

Training for the entire staff is critical to running a well-respected restaurant.

“We’re always learning more: learning about what’s going on around the city, what’s in the farms, what are the new ingredients out there, and really being the messenger from the kitchen to the dining room. I think this is a key factor,” Mulligan said.

Thinking outside the [typical] bottle

When putting together a wine list or pairing menu, Metz goes for the unexpected.

“I’m constantly looking for wines that are classic, from places that are well-established and then off-the-beaten path producers who might be from these little tucked-away corners of the world we haven’t heard of where they’re doing something irreverent,” he said.

Metz tries to highlight wines that diners may not typically gravitate toward, and on tasting menus, avoids showcasing countries more than once.

“I get a really big kick out of having that instant gratification from a guest who says, ‘I didn’t realize these foods and these wines would go well together. I’ve never heard of this particular area before.’ That’s a really big reward to me. If we keep doing that on a nightly basis, then I think accolades like the Michelin Star, like the Forbes Five Star, those things will come,” he said.

After Plume was awarded its Michelin star, the team celebrated briefly. Then, it was back to work to keep its current status and look toward the next level: two stars.

“I’m from Europe. This is the bible for chefs,” Schlegel said about being included in the Michelin Guide.

“There’s always pressure on. However, at the end of the day, as a chef, or as a team, we have to go along with our guests, what our guests expect from us to deliver, and I would say a Michelin Star is the cherry on top of it.”