‘Not booking at all’: Protesters push to reopen Loudoun County

"You know, if you've got a paycheck, you can wait all you want — Netflix looks pretty good. If you don't have a paycheck, you are suffering," one protester said.
Listen now to WTOP News WTOP.com | Alexa | Google Home | WTOP App | 103.5 FM
download audio
Protesters take to the street to say reopen Loudoun Co. (WTOP's Neal Augenstein)

Many of the protesters were small business owners. They were holding signs along Market Street — “Fear is a virus,” “Liberate Loudoun,” and “The ‘cure’ is worse than COVID” — as they acknowledged horn honks from supporters driving by.

In the parking lot across the street from the building where Randall and the other supervisors worked, organizer John Tigges said his Zion Springs Farm and Winery — a wedding venue in Hamilton, Virginia — could not survive solely on curbside wine sales.

Asked what the downside would be to err on the side of safety and wait a few more weeks to reopen the entire county, Tigges responded, “You know, if you’ve got a paycheck, you can wait all you want — Netflix looks pretty good. If you don’t have a paycheck, you are suffering.”

Tigges was critical of Randall’s decision to send a letter to Northam, in which leaders from Fairfax and Prince William counties, as well as the city of Alexandria, expressed fear that Northern Virginia didn’t meet the criteria set to enter Phase I.

“She combined us in with the rest of the Northern Virginia counties, in keeping us in lockdown,” Tigges said, pointing out that the leaders’ supporting document stated they were “unable to assess” several metrics required to reopen jurisdictions.

“Who makes a life-changing decision with no data?” Tigges asked rhetorically.

As of Friday, there were more than 1,300 confirmed COVID-19 cases in Loudoun County, according to state health department data. More than 130 have been hospitalized, and 48 people have died.

Neighboring Fairfax County has more than 7,100 confirmed cases; Arlington and Alexandria have nearly 3,000 cases between them. Northam previously acknowledged that it was “too soon” for Northern Virginia to start reopening based on current trends.

But, on Wednesday, three county supervisors — Caleb Kershner, of Catoctin District; Tony Buffington, of Blue Ridge District; and Kristen Umstattd, of Leesburg District — sent a letter to Northam, asking him to amend his executive order for Northern Virginia jurisdictions to delay reopening.

The letter says the western portion of Loudoun County has only 30% of the county’s total confirmed COVID-19 cases: “This number simply does not justify inclusion of western Loudoun with the much denser and more heavily impacted counties such as Fairfax and Arlington.”

Tigges said many in western Loudoun County don’t have the luxury of being more patient.

“We live in a world in which we take risk. I took a risk driving down here today, I take a risk when I get on an airplane,” Tigges said. “I take a risk, living, and someday, we all die. But, today, it’s time to reclaim our right to live again.”

Though protests similar to the one in Loudoun County have popped up across the country during the pandemic, recent polls also show a large majority of Americans are anxious about reopening prematurely and still have fears of getting infected. 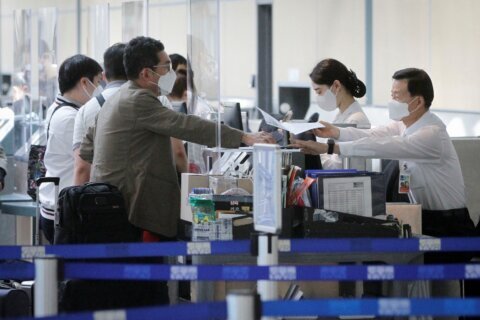 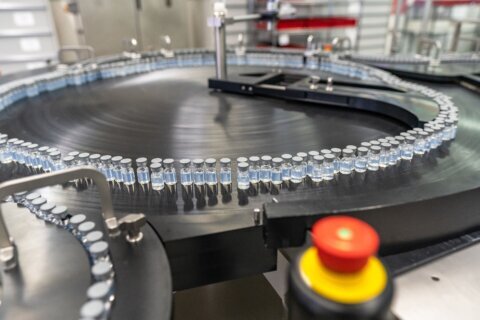 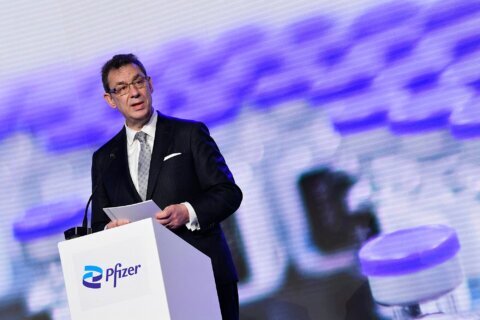