COVID-19 vaccines are hard to come by, and some D.C.-area locals are helping to connect supply with demand.
Listen now to WTOP News WTOP.com | Alexa | Google Home | WTOP App | 103.5 FM

COVID-19 vaccines are hard to come by, and some D.C.-area locals are helping to connect supply with demand.

The coronavirus pandemic has created a new type of social network: They call themselves the vaccine hunters.

Sometimes they work alone, other times in groups.

They’re online for hours at a time across the D.C. region, and they say they need a solid internet connection and fast fingers. Their goal: snagging a COVID-19 vaccine appointment for a friend, a loved one or a complete stranger.

Marideth Sandler became a vaccine hunter for others after she got an appointment for herself. Sandler, a Ward 3 resident, said she used the D.C. government portal and had good luck.

“I mean, I knew I had to do it quickly because everybody was trying” to sign up at the same time, she said. “The only difficult information was I had to find my Medicare card. I did not have to scan it in, I just had to give them my number.”

It took Sandler 10 minutes to log in and confirm her appointment. But there was a strategy that many vaccine hunters said they use: looking outside nearby neighborhoods for available sites.

Sandler lives in Northwest but found appointments near her were all booked.

“So I just went to the very furthest place” available from the list on the website, she said. That turned out to be a Giant on Alabama Avenue Southeast.

She was jittery about going in to get the vaccination because of what her doctor had told her.

“My doctor said do not go anywhere inside — anywhere — for more than 15 minutes,” because of the risk of contracting the virus indoors. Sandler found that she had to wait for nearly an hour in the store.

She thought, “Oh, my God, here I’m going to get COVID — possibly — while getting a shot!”

Sandler has a few tips for those trying to get an appointment: Have your insurance card handy, because fumbling for it could slow the process down.

“And think about it ahead of time,” she said. “How far are you willing to drive or ride to get the shot?”

Vaccine hunters experience a mix of joy and frustration — joy when they can lock in an appointment, frustration when they run into roadblocks.

Recently, Sandler said she experienced the frustration that so many D.C.-area residents say they feel. It was a Friday and the website was jammed.

“We were going nowhere. It was just locked up,” Sandler said.

She had two screens running trying to get the appointment, and she could not get either to work. When she was unable to get the slot, she was disappointed — not for herself, but for the person she was helping.

Sandler has taken to asking others on her neighborhood Listserv if they can pitch in.

“It really is people helping people here,” she said.

Leslie Shedlin and her husband had been scouring the internet for vaccine appointments.

Like many Montgomery County, Maryland, residents between the ages of 65 and 75, they were looking for a neighboring county — or one of the providers inside county borders — that would take them. They weren’t having any luck.

Finally, they found an opening for two appointments in the town of California, Maryland. It would require a 90-minute drive each way. They made the appointments, and after asking the local Holiday Inn Express about its cleaning protocols, they decided to drive down on a Sunday and stay overnight to make the Monday morning appointment.

Shedlin and her husband had been very cautious throughout the pandemic — avoiding dining out and skipping trips to the grocery store, so the trip wasn’t made without some concern.

However, Shedlin said the hotel was immaculate.

“Fortunately, I remembered to bring a bottle of wine with me. We ordered in dinner. We watched a lot of TV. We read a lot,” Shedlin said.

Then, they arrived for their Monday appointments.

Originally, they had a 90-minute gap between the two appointments, but the staff at the vaccination site helped them back-to-back.

But Shedlin said there was some anxiety before getting the vaccinations.

“I was totally convinced this wasn’t going to happen until literally they put the shot in my arm,” she said. “I feel like a major weight is lifted off of my shoulders.”

She’s hoping that this is the start of the light at the end of the tunnel becoming brighter.

“I just want to start to live my life a little bit,” she said.

Shedlin wasn’t the only Montgomery County resident who successfully secured an appointment.

Marlene Beckman is 74, and her husband is 83. Beckman, who lives in Cabin John, was eager to make certain her husband got vaccinated and was hoping she could, too. They settled on getting vaccinations in Prince George’s County, but when the policy there changed to residents only, the search resumed.

Beckman, who said she’s not computer savvy, recalled the frustration she felt when trying to sign up for the vaccine, made worse by the challenge that came when she was asked to upload an insurance card.

“I’m embarrassed to tell you that I had no idea how to upload my insurance card,” Beckman said. She called her daughter, who spent 40 minutes trying to help her.

Beckman said they landed a spot at a clinic at Quince Orchard High School, but then got word their appointments were canceled. She said they were anxious to try anyway, so they got in their car and headed out.

“And we were about to get on the Beltway when the phone rang,” she said.

They were about to get on the Capital Beltway when the phone rang. Another appointment at the White Oak vaccination clinic was available at 3:30 p.m. for Beckman’s husband. It was already 1:45 p.m., but they made it just in time.

Beckman told the staff at the clinic that she was 73 — she would turn 74 the next day. She asked the woman at the clinic if she could also get an appointment. The woman checked and came back with yes.

Compared to the process to get the vaccinations, which Beckman described as “chaotic,” the actual vaccination process at White Oak ran like clockwork.

“What a relief. It was an unbelievable sense of relief!” Beckman said. “We feel we’re two of the lucky ones.”

That’s one reason why Beckman said she continues to try to help others in her community.

“People are working together, helping one another out. Every day on the Listserv there’s another helpful hint” about how to navigate the appointment sites and how to get vaccinated, Beckman said.

Teachers take up the hunt

They’ve spent the past year teaching on technology platforms, so a group of Montgomery County teachers felt they could put their tech-savvy to use helping older residents to get their COVID-19 vaccinations.

“When we as teachers got the first round of vaccines a couple of weeks ago, we were not aware that it was going to be so difficult for the other people in the community to get their vaccines. Especially the elderly,” Peterson said.

Maisie Lynch, another teacher at Sherwood High, started a group that would help others find vaccination appointments, Peterson said.

Courtney Mason, a teacher at Blair High School, said the group has already lined up 220 appointments for residents in group 1B and has a waiting list of 359 residents.

“It’s pretty amazing what a group of concerned humans can do in a week’s time,” Mason said.

Dina Ciccone, who lives in West Virginia and teaches at Damascus High School, said that as the member of the group who lives farthest away, her job is finding links and entering the names and information for senior citizens.

“What we would like to see is that our seniors get taken care of first” because for seniors, getting an appointment is a battle, Ciccone said.

“It’s like finding toilet paper back in February and March of last year,” when the pandemic first started, Ciccone said.

Part of the reason Ciccone was eager to join the group of teacher-vaccine hunters was she felt a little bit guilty that she was able to get her vaccination ahead of so many others.

“I saw all these people who needed it — and why should I have it first? I didn’t think that was fair,” Ciccone said. “I was able to get an appointment only because I was quick on the internet, whereas our seniors can’t do that.”

She would like to see dedicated times set aside for seniors to be able to sign up via computer, similar to the senior hours that were set up at many grocery stores, so they won’t have to fight for slots to get an appointment.

“It shouldn’t be as difficult as it is right now, and we’re trying to come up with solutions,” Ciccone said.

Peterson said the group is brainstorming all sorts of different ways to get the most vulnerable residents, those hardest hit by COVID-19, set up with appointments.

Peterson said to reach the Latino community, the county can’t rely on the internet alone.

“They want to talk to somebody … because that is how the community works; they want to speak to someone” they can trust, Peterson said.

Mason, who teaches biology, said, “It was the most painless vaccine I’ve ever gotten. I’m watching the needle go into my arm, I’m watching her inject me — I don’t feel anything.”

Mason had wanted to record the injection but wasn’t allowed to. She wanted to show her students — some of whom worried she might turn into a zombie, she said — that the vaccines were safe and effective.

Word about the work of the teachers has spread far and wide. Peterson said she has been contacted by people who live out of state but whose parents live in Montgomery County. They’re hoping the teachers can help get appointments for their loved ones.

Peterson also said elected officials and state health officials need to consider ways to get vaccines to the elderly who live on their own and can’t travel — even a few miles to a pharmacy —because they are medically fragile.

“These are very delicate, frail people,” said Peterson, who added that a member of the group helped get a woman who was 106 years old get vaccinated.

Mason said she would like to see officials consider providing vaccinations at locations where people pick up allotments of food assistance.

“How easy would it be to pick up your food for the week and get your shot?” Mason said.

All three teachers said confusion is also creating roadblocks for residents who are eligible for vaccinations but struggle to sort through the different requirements at the county centers versus the private providers.

“You have to give very clear directions. And you have to repeat those directions,” Ciccone said.

Peterson said she has been working to get local officials to move faster. 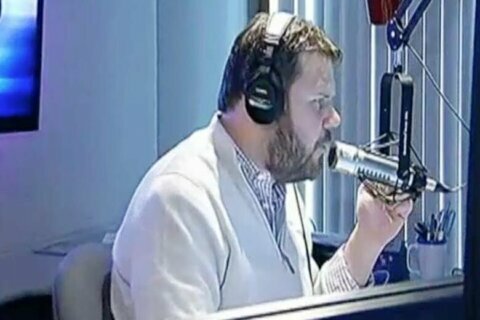 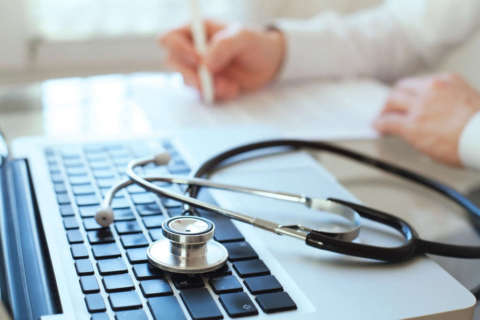