The Apollo 11 command module, the only portion of the spacecraft associated with the 1969 moon landing that returned to Earth, is taking another trip soon — but you can get an up-close look before it goes.
Listen now to WTOP News WTOP.com | Alexa | Google Home | WTOP App | 103.5 FM
(1/4) 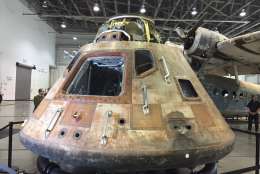 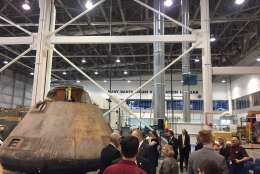 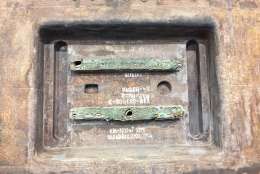 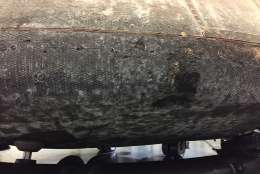 CHANTILLY, Va. — A major piece of history is set to leave this area for the first time in 46 years, and leaders hope it gets as much attention as Bao Bao’s departure did.

“This is the capsule that took the first people who walked on the moon, to the moon — and brought them back safely. And I think that trumps a panda,” said National Air and Space Museum Director Jack Dailey.

The Apollo 11 command module, the only portion of the spacecraft associated with the 1969 moon landing that returned to Earth, has been housed for decades at the museum’s location on the National Mall. But to mark the 50th anniversary of man’s first step on the moon, the spacecraft will be going on a tour of the U.S., with stops planned in Houston, St. Louis, Pittsburgh and Seattle.

Before that, though, visitors will get chance to see it up close at the museum’s Udvar-Hazy Center, in Chantilly, on the floor of the restoration hangar during the center’s open house event on March 4. The restoration floor is normally closed to the public. While the module had previously been displayed behind Plexiglas, visitors to the March 4 open house will be separated from it only by a rope barrier.

Seeing something of such historical significance up close is a rare opportunity, said Smithsonian Secretary David Skorton. “Even I am not allowed to get this close to these objects without” some sort of barrier, he says. “The curators and conservators, they’re not impressed that I’m the secretary of the Smithsonian.”

The bell-shaped module is 10 feet high and 13 feet wide. It’s positioned as it would have been when it was when it was re-entering Earth’s atmosphere, Skorton said, with burn marks visible on the heat shields on the bottom of the craft. “It’s not shiny; it doesn’t look brand-new; it looks like it’s gone a million miles and brought people back to this Earth.” 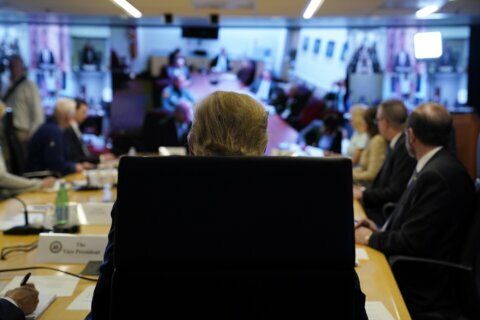