‘We’re going to do it safely’: Metro offers look at 7000-series train inspection

Metro welcomed the media Tuesday to its Greenbelt rail yard in College Park, Maryland, to demonstrate the testing and inspection process for its 7000-series trains.

Those cars — which make up a majority of Metro’s fleet — have been offline since last month’s derailment on the Blue Line.

A federal investigation into that incident is still ongoing, but authorities believe that the train went off the track at least three times Oct. 12, because the wheels on the train had shifted too far apart on its axles.

Since then, the cars have been out on test runs, with crews inspecting the cars afterward.

On Tuesday, General Manager Paul Wiedefeld refused to put a deadline on when those cars will be ready to carry passengers again.

“The way that we’re doing this is we’re going to do it safely, so I don’t want to give a date,” Wiedefeld said “… If I put a date out there, then everything gets oriented toward a date, and not to safety. So that’s not what we’re going to do. It’s going to be the safety first.”

The focus of these inspections is on the wheel sets — in particular, the distance between the wheels. Wiedefeld explained that the distance should be 53 5/16 inches, with a “spread” — or variance — of no more than one-sixteenth of an inch.

“So that’s what we’re measuring. Is it holding to that level?” he said.

You can see some photos from Tuesday’s media event in the gallery below. 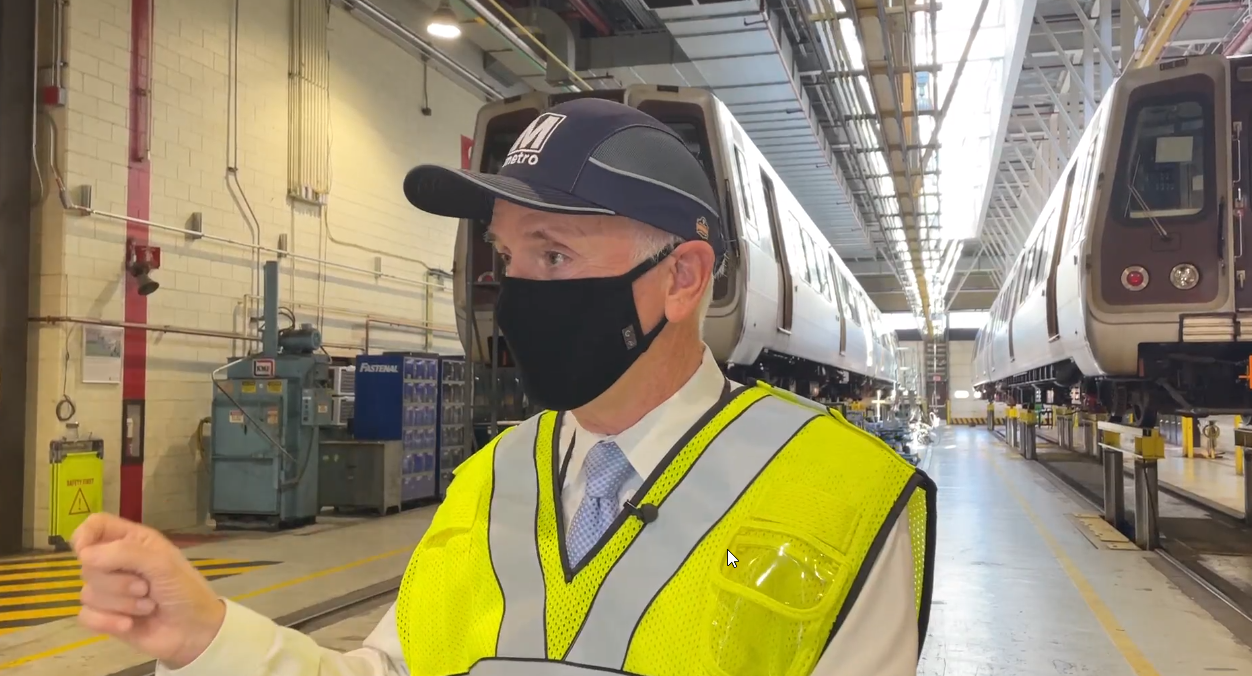 “I don’t want to put pressure on these people to start moving towards a [completion] date,” WMATA General Manager Paul Wiedefeld said of the testing and inspection process on 7000-series trains. 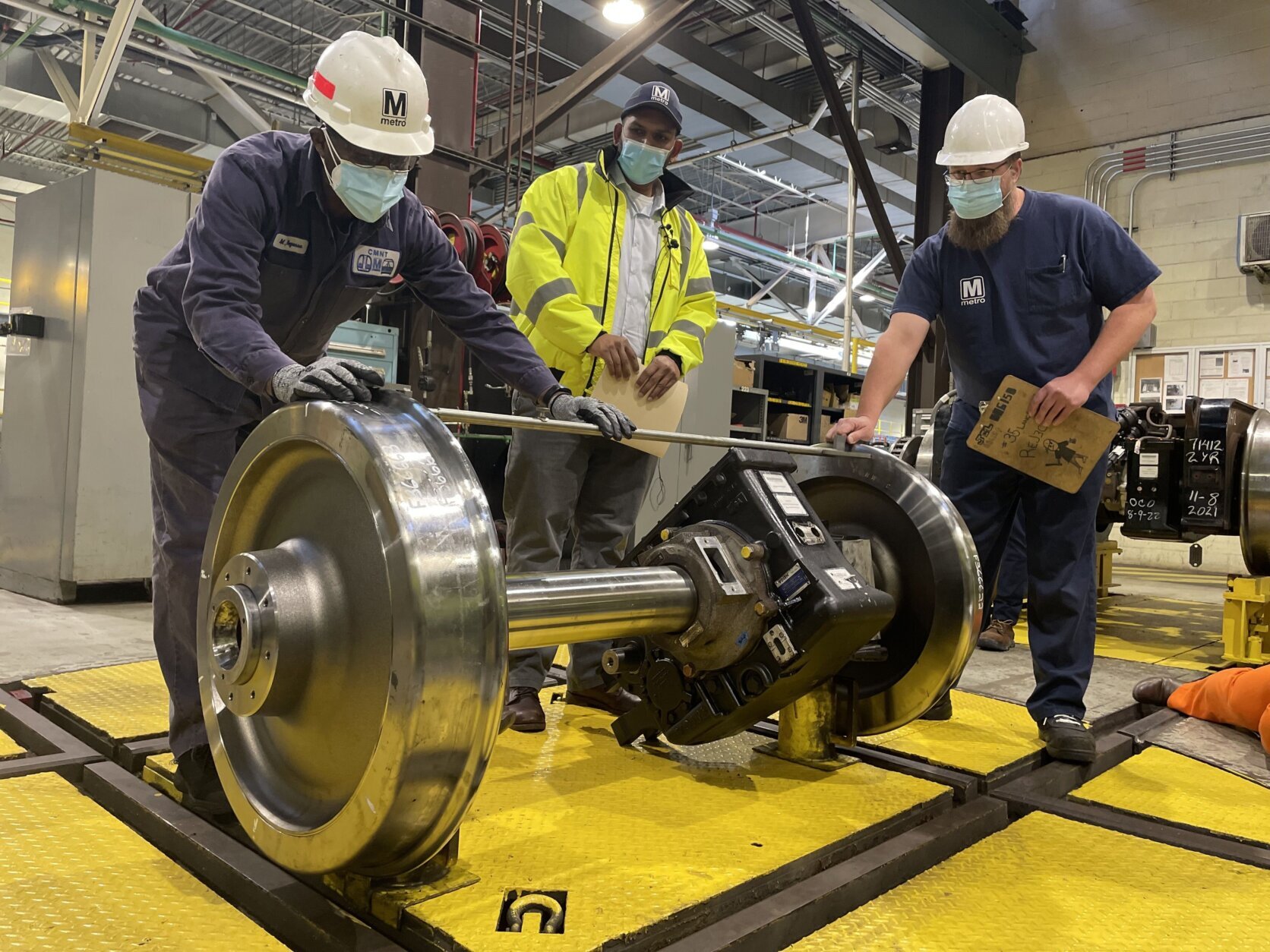 A Metro crew demonstrates how a wheel set assembly for 7000-series trains is measured. This wheel set was removed from the train for illustrative purposes. 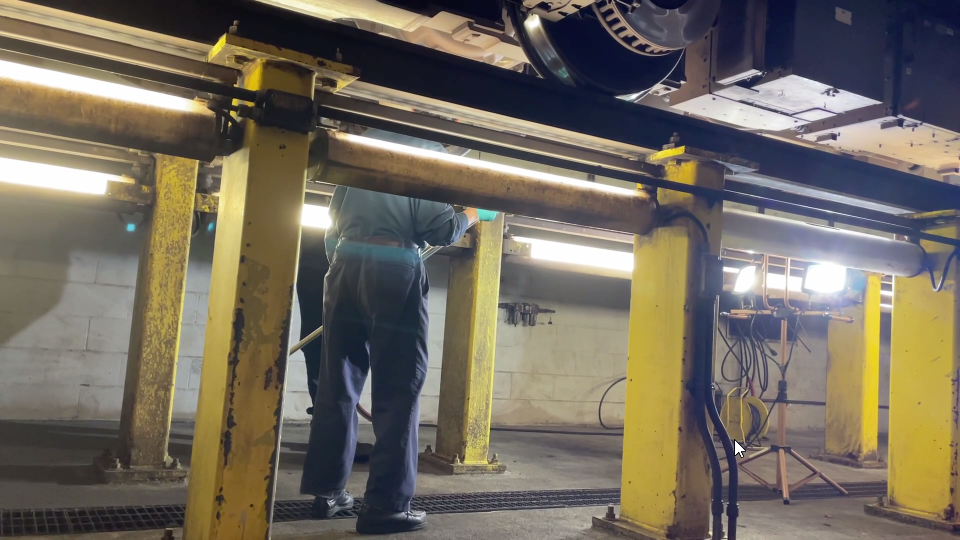 While underneath a 7000-series train car, a Metro crew inspects its wheel set assembly. Moving the train over a “pit” allows workers to get underneath. Removing it to inspect would be “extremely time-consuming,” Wiedefeld said. 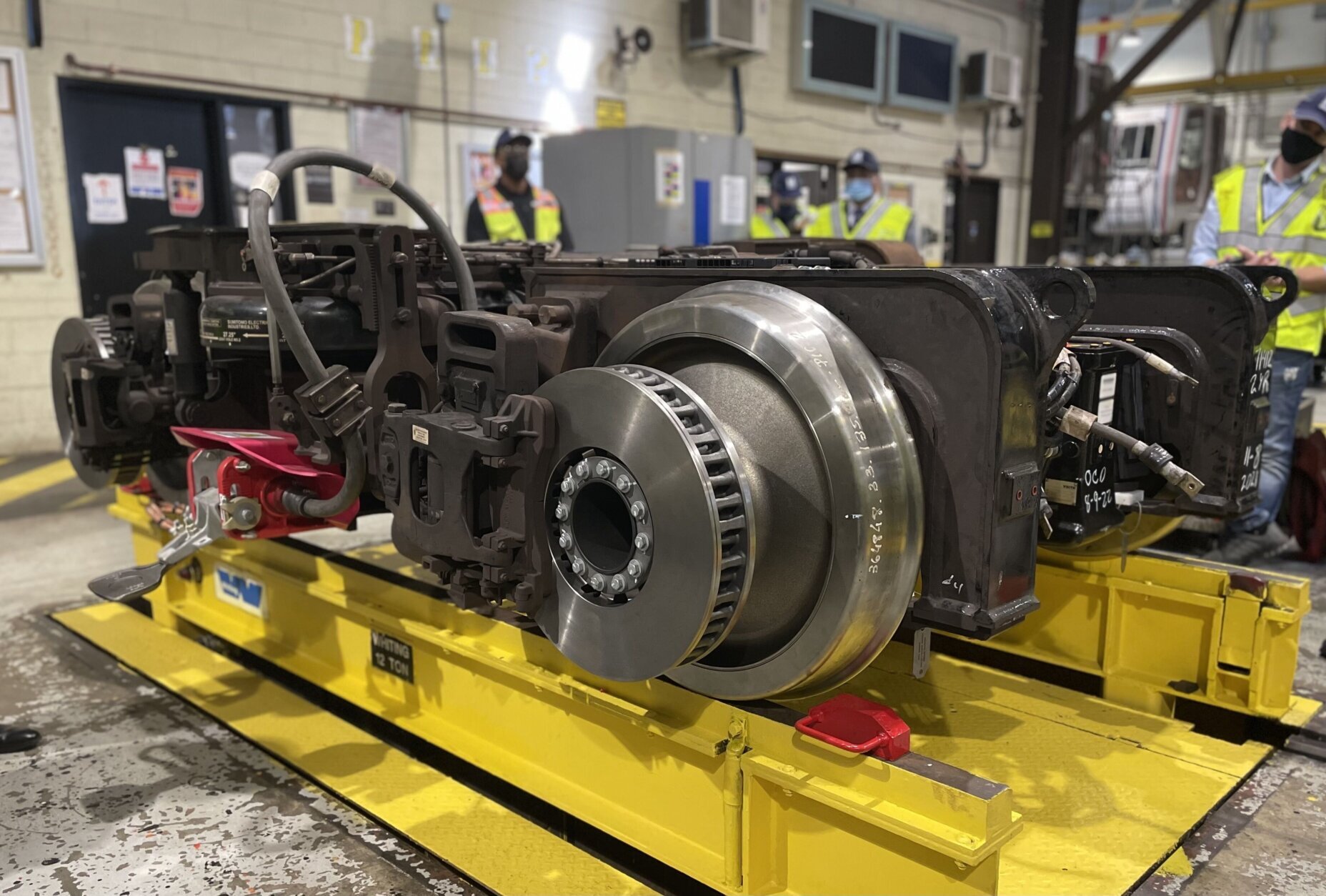 The distance between the wheels, Wiedefeld explained, should be 53 5/16 inches, with a “spread” of no more than one-sixteenth of an inch either way. 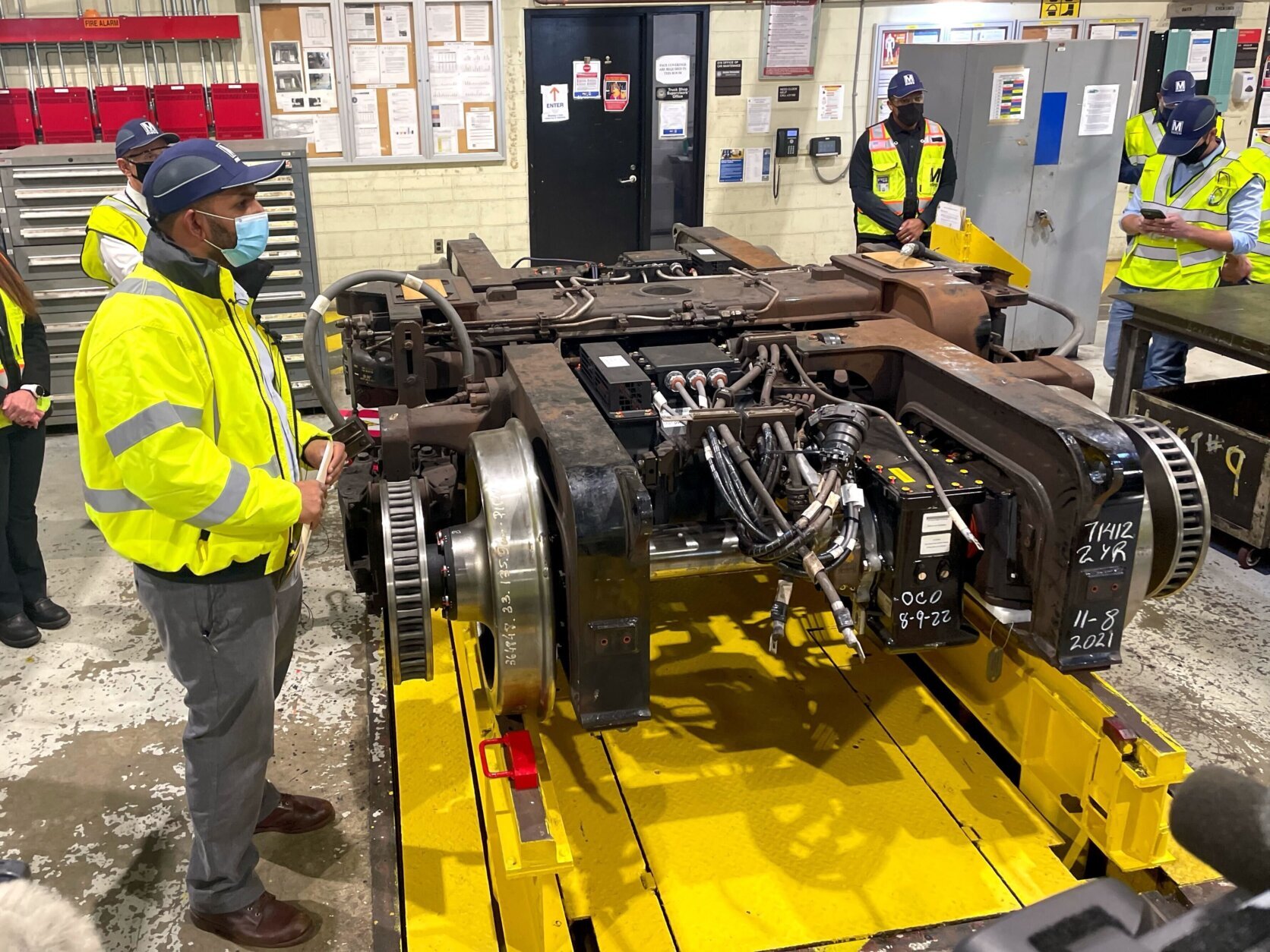 “What I want them to do is make sure they do it correctly … and then we move from there,” Wiedefeld said of the testing and inspection process.

All-door boarding in the works for Metrobuses

Metrorail says limited service will last for rest of 2021