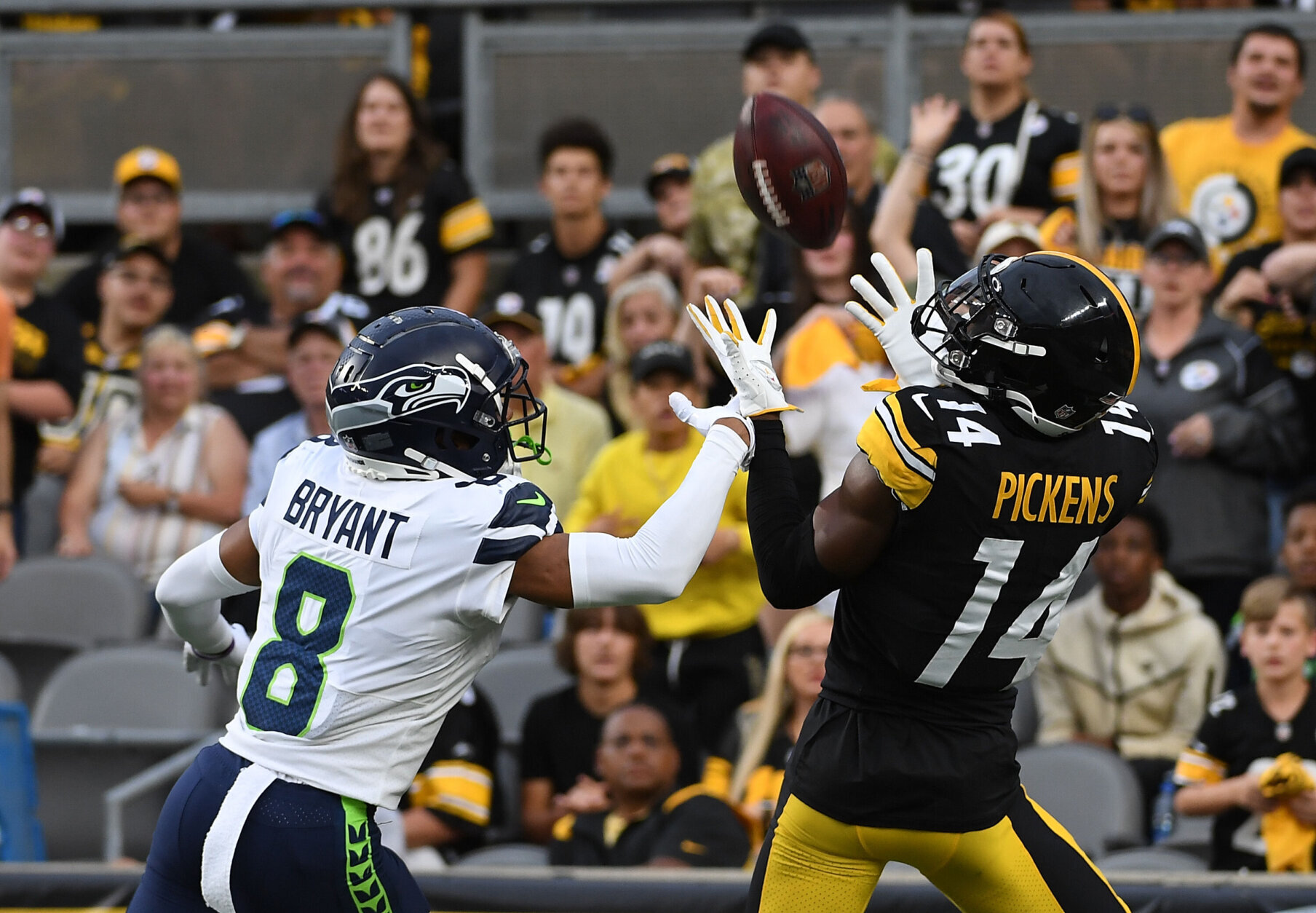 1/7
George Pickens #14 of the Pittsburgh Steelers makes a catch for a 26-yard touchdown reception as Coby Bryant #8 of the Seattle Seahawks defends in the first quarter during a preseason game at Acrisure Stadium on August 13, 2022 in Pittsburgh, Pennsylvania. (Photo by Justin Berl/Getty Images) 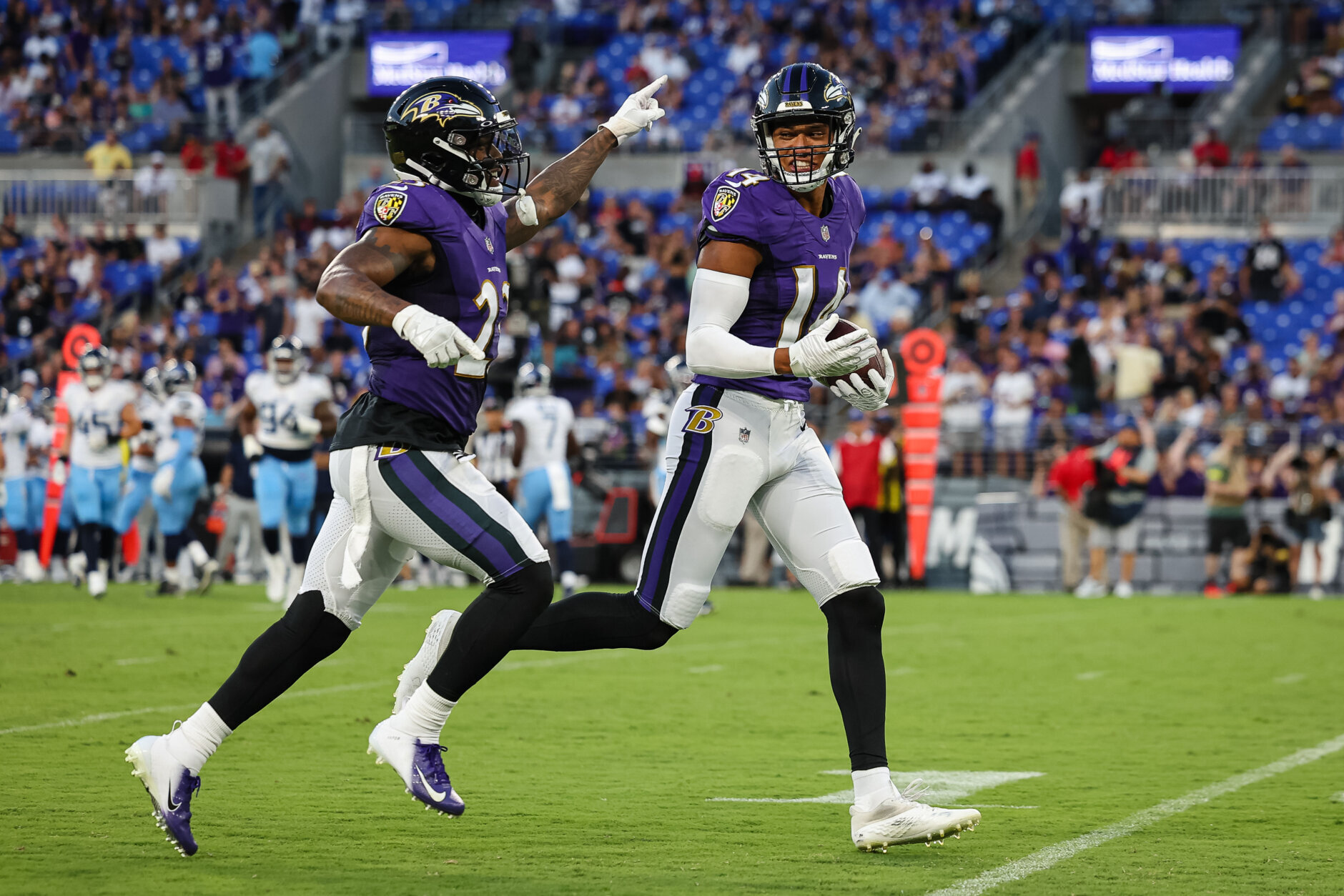 2/7
Kyle Hamilton #14 of the Baltimore Ravens celebrates with Tony Jefferson II #23 after recovering a fumble against the Tennessee Titans during the first half at M&T Bank Stadium on August 11, 2022 in Baltimore, Maryland. (Photo by Scott Taetsch/Getty Images) 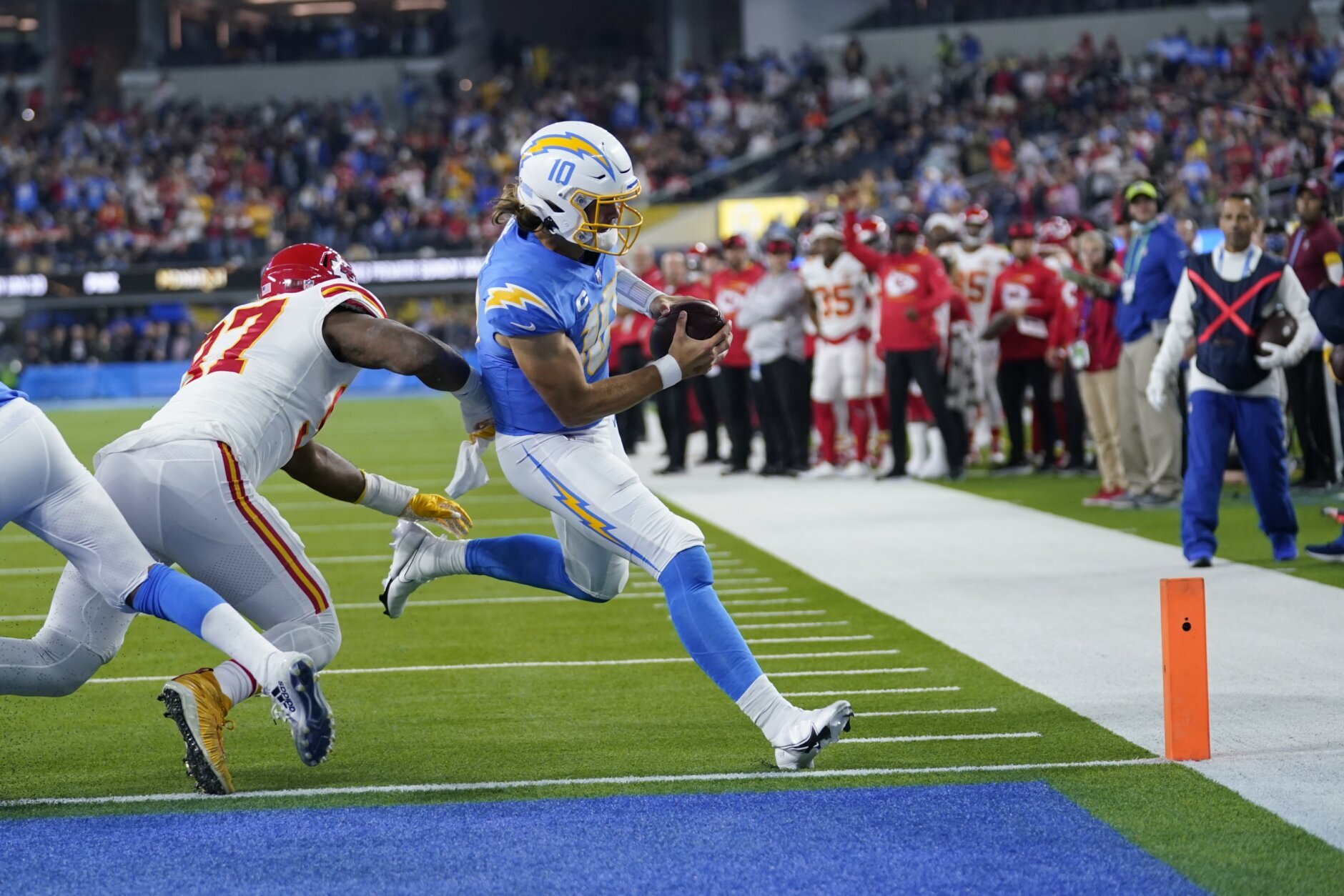 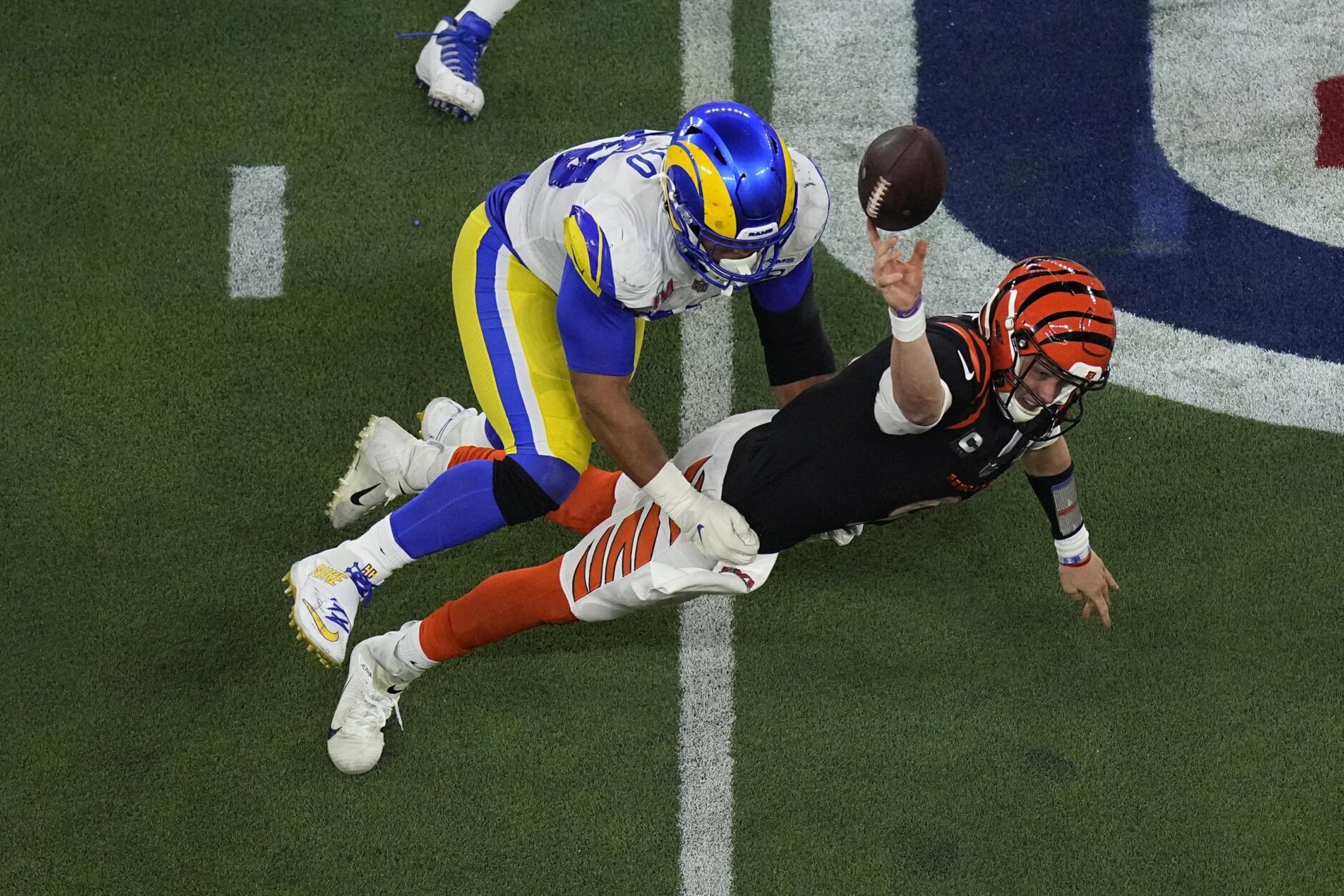 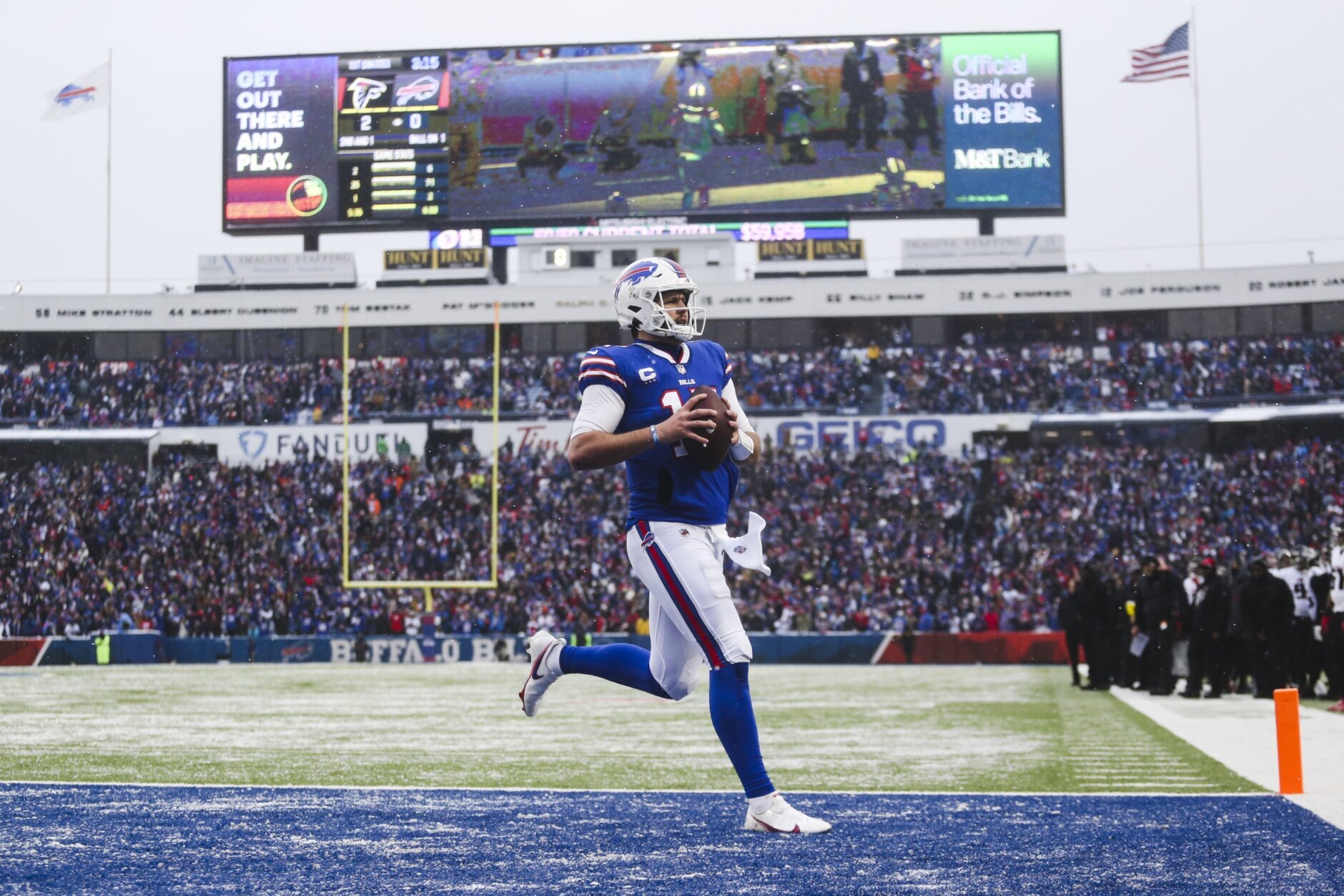 5/7
Buffalo Bills quarterback Josh Allen (17) rushes for a touchdown during the first half of an NFL football game against the Atlanta Falcons, Sunday, Jan. 2, 2022, in Orchard Park, N.Y. (AP Photo/Joshua Bessex) 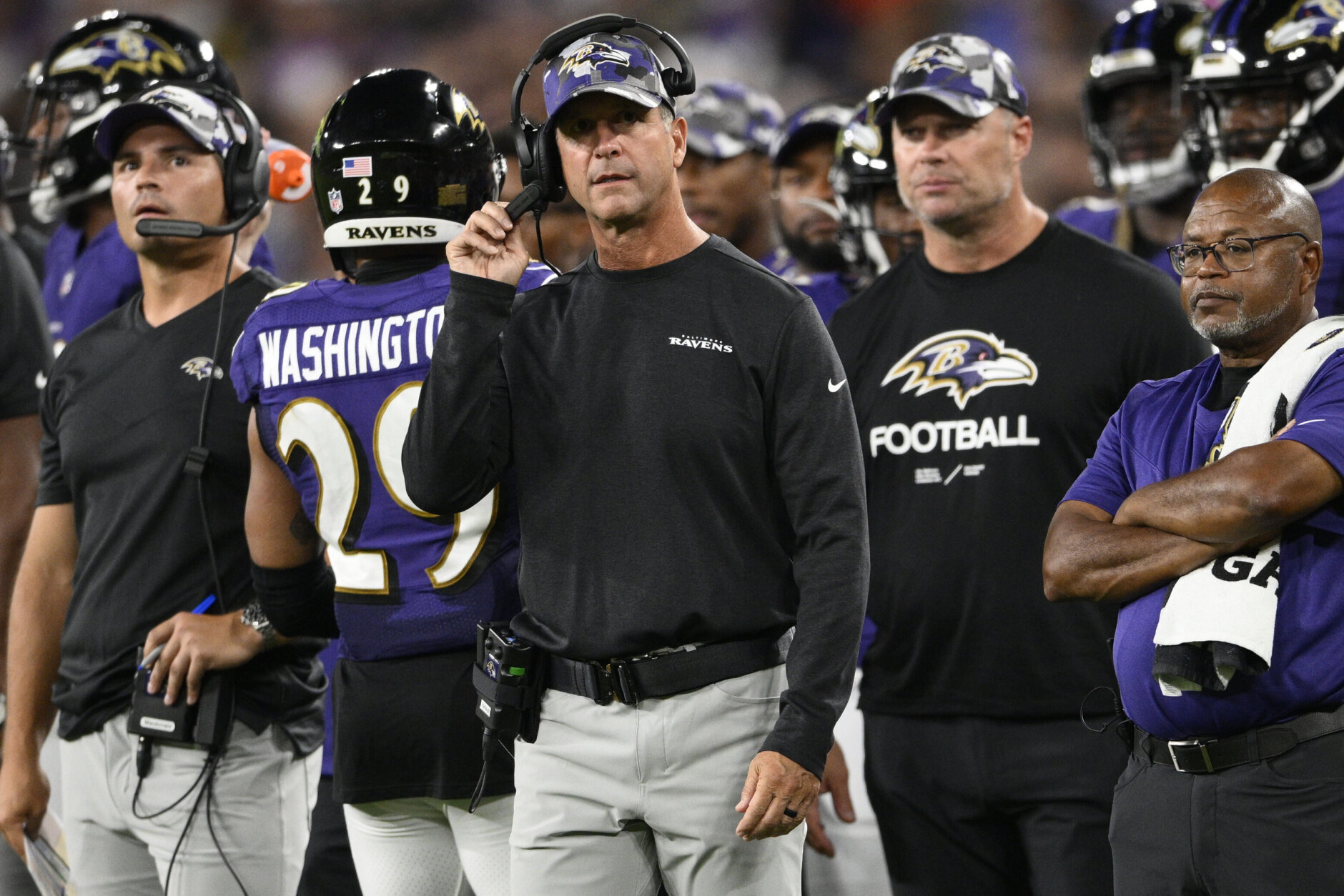 6/7
Baltimore Ravens head coach John Harbaugh looks on in the first half of a preseason NFL football game against the Washington Commanders, Saturday, Aug. 27, 2022, in Baltimore. (AP Photo/Nick Wass) 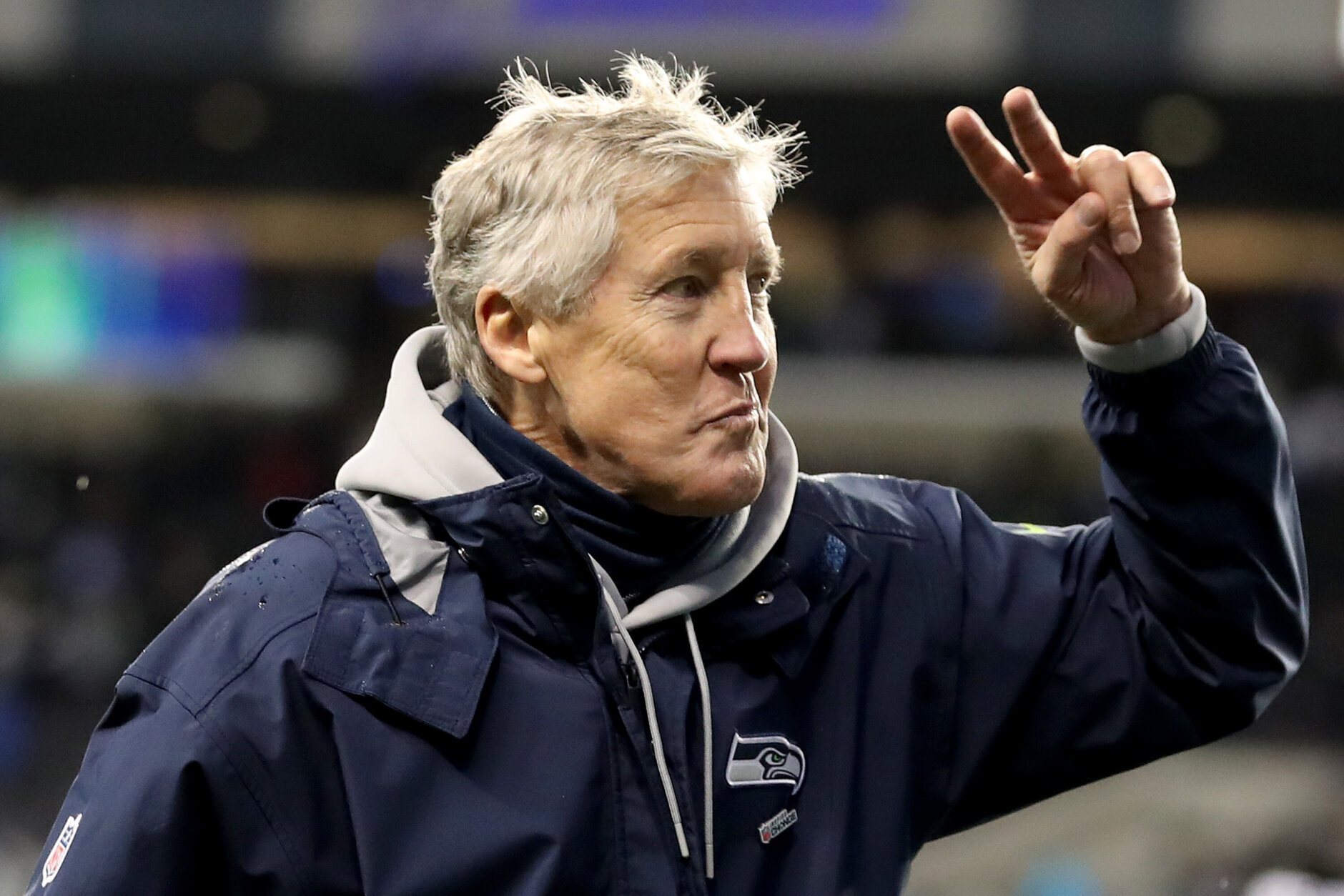 Falcons TE Kyle Pitts out for the season with knee injury