Is this the year Josh Allen (#17) and the Buffalo Bills get by the Kansas City Chiefs and into the Super Bowl? (Photo by Jamie Squire/Getty Images)

Is this the year Buffalo wins its first Super Bowl? Will Tua take advantage of all the speed in Miami? Rob Woodfork answers in his AFC East preview.
Listen now to WTOP News WTOP.com | Alexa | Google Home | WTOP App | 103.5 FM

It feels like damn near everyone is picking Buffalo to make a Super Bowl run, and it’s hard for me to disagree.

The No. 1 defense in the NFL last year added Von Miller for crazy money (on the surface, anyway — you know how NFL contracts are), and if he’s even nearly as productive as he’s been historically, his leadership and locker room presence should keep that Bills D toward the top of the league.

The question for me is whether Josh Allen, who played out of his mind in that epic playoff loss to the Chiefs, can take the next step, and whether there’s enough help around him. I love the addition of Jamison Crowder in the slot, and rookie James Cook could help jump start a Bills rushing attack that averaged 129.9 yards per game in 2021 but got 44.9 of them from Allen.

This has to be the year Buffalo puts it all together. If they don’t, it’s fair to wonder whether they ever will.

Much has been said about the third-year quarterback this offseason, much of it by his new receiver, Tyreek Hill. The Cheetah switched stories about as quickly as he jukes DBs out of their shoes, toggling from low expectations to ridiculously high effusive praise for QB Tua Tagovailoa.

This much we know: Miami is hella fast. With Hill and Jaylen Waddle, the Dolphins are banking on leaving defenses “scared sh*less of speed” and the addition of Terron Armstead at left tackle should buy them plenty of time to get open.

But Tua will have to take massive strides to cover any defensive deficiencies. Former coach Brian Flores did good work with that Dolphins defense, especially during the late-season push in 2021 that ultimately fell short of the playoffs, and there are reports that retaining Josh Boyer as defensive coordinator hurts more than it helps that unit.

So the Dolphins figure to be fun to watch but, like last year, not good enough to reach the postseason.

The brilliance of Bill Belichick is losing its luster.

With Josh McDaniels leaving for Las Vegas, Belichick is giving primary offensive playcalling duties to either Matt Patricia or Joe Judge — both of whom were abject failures as head coaches, and neither of whom have experience on the offensive side of the ball, let alone playcalling.

The personnel isn’t a whole lot better. Devante Parker is the latest “meh” receiver added to an underwhelming corps, and everyone is still scratching their heads at the aptly named Cole Strange pick in the first round. It all adds up to an offense that, at best, is undergoing an odd “transformation” but more likely is a jumbled mess that won’t be able to get by the stout defenses in Buffalo and (maybe?) New York.

The defense lost J.C. Jackson to free agency, leaving a lot of questions in the secondary, but the Patriots defense figures to stay in the top 10 (it was second in scoring defense and fourth in yards allowed last season) with Belichick and son Steve at the helm. Even still, I’m not sure this unit is good enough to carry a team to the playoffs.

The schedule does New England no favors either. Only the Eagles have as many short weeks (five), so while Belichick is more than capable of getting the most out of his team, he’s also a 70-year-old man on the back end of a magnificent career without the benefit of having the greatest QB of all time at his disposal.

Year 3 of New England’s life without Tom Brady figures to be another painful one.

Despite being a New York team, the Jets carry a small-market mentality by bragging that its roster is “built not bought,” referring to its payroll, which is second-lowest in the NFL.

Regardless of its construction, the roster is in tough shape. Mekhi Becton is out for the season, weakening an already questionable offensive line, and second-year QB Zach Wilson might miss the first game of the regular season after narrowly avoiding a bad knee injury in the preseason. So the Jets could start the season against the AFC North with former Raven Joe Flacco under center — which was really only an acceptable scenario when he led Baltimore to a Super Bowl a whole decade ago.

The only thing to feel good about is the potential of Robert Saleh’s defense, which added some flavor in the form of No. 4 overall pick Sauce Gardner, and newly acquired linebacker Kwon Alexander looks rejuvenated after leveling the hit of the preseason.

Even still, Gang Green is favored in only three games this season, and is in the midst of 12 straight September losses. Oh, did I mention the Jets open the season against the entire AFC North, the second-toughest division in the conference, in succession?

The Jets will suck again in 2022, but if Wilson has a strong second half of the season, they could be a team to watch for in 2023. 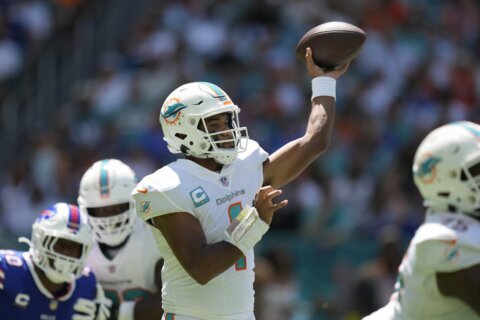 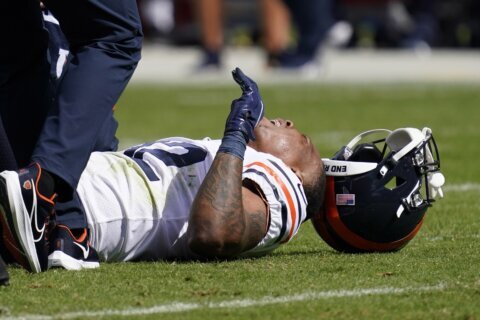