An unexpected bullet of light set against the dark morning skies Sunday morning prompted people along the U.S. east coast to post images of the unknown phenomenon on social media, wondering if they just saw a meteor, a possible alien sighting or a satellite of sorts.

According to Space.com, SpaceX “nailed its landing at sea to top off a record-setting mission.”

“A rocket plume, what you will see with the unaided eye is you will see a very, very bright point of light, which is the actual rocket engines,” Redfern said.

Redfern said those who saw the plume in person were lucky, as the conditions aren’t always right for the spectacle to be visible.

“This one just was good timing — people were up,” he said. “It’s spectacular to see.”

This is the first time the veteran Falcon 9 rocket in SpaceX’s fleet launched and landed a record nine times. The two-stage launch blasted off at 6:01 a.m. from NASA’s Kennedy Space Center.

“Approximately nine minutes later, the reusable rocket’s first stage returned to Earth to attempt its ninth landing on SpaceX’s drone ship ‘Of Course I Still Love You’ stationed out in the Atlantic Ocean,” Space.com reported.

“The Falcon 9 carries nine engines in its first stage, but to the human eye, that would be just a very, very bright, light,” Redfern said.

This is the second Starlink satellite launch in a matter of days from the Cape Canaveral Space Force Station leading to SpaceX’s ultimate goal to filling its initial constellation of 1,440 satellites. 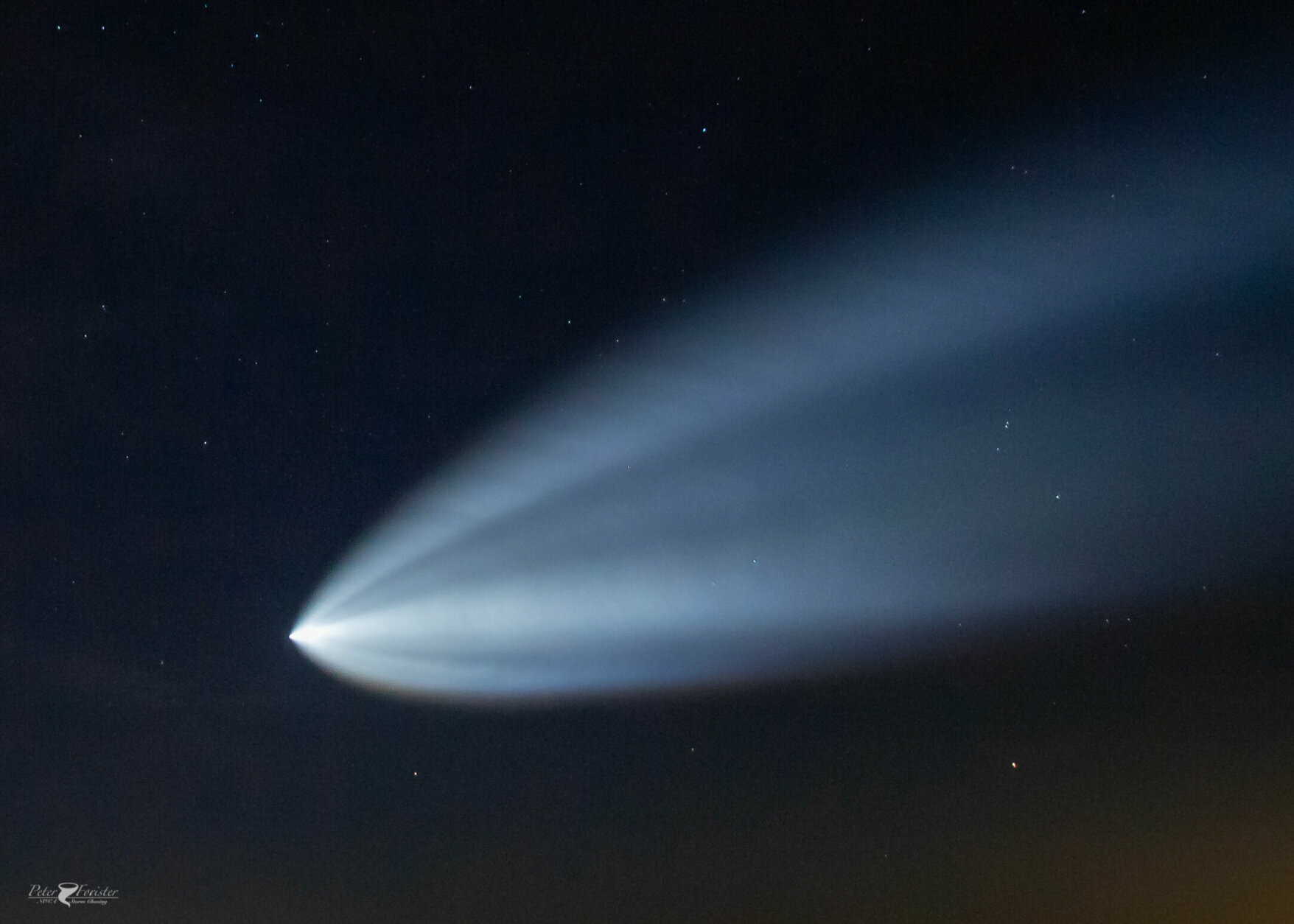 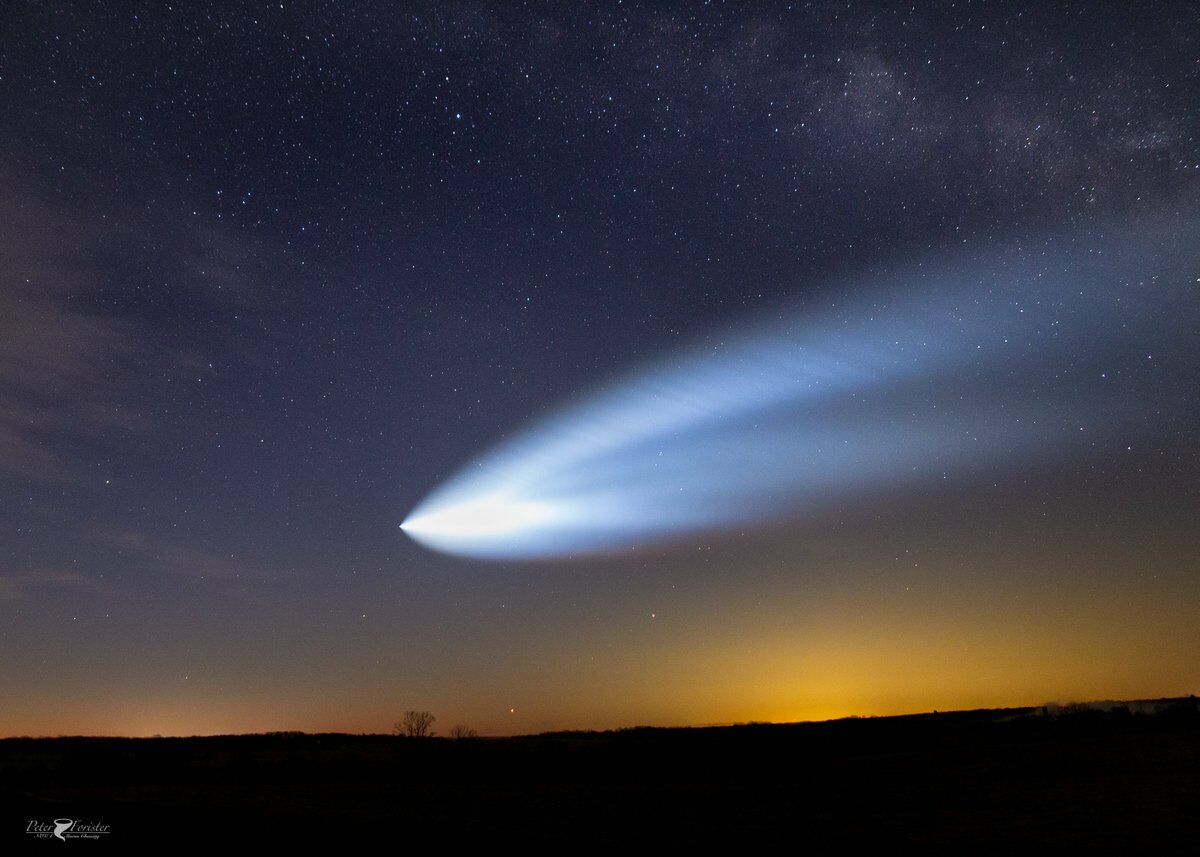 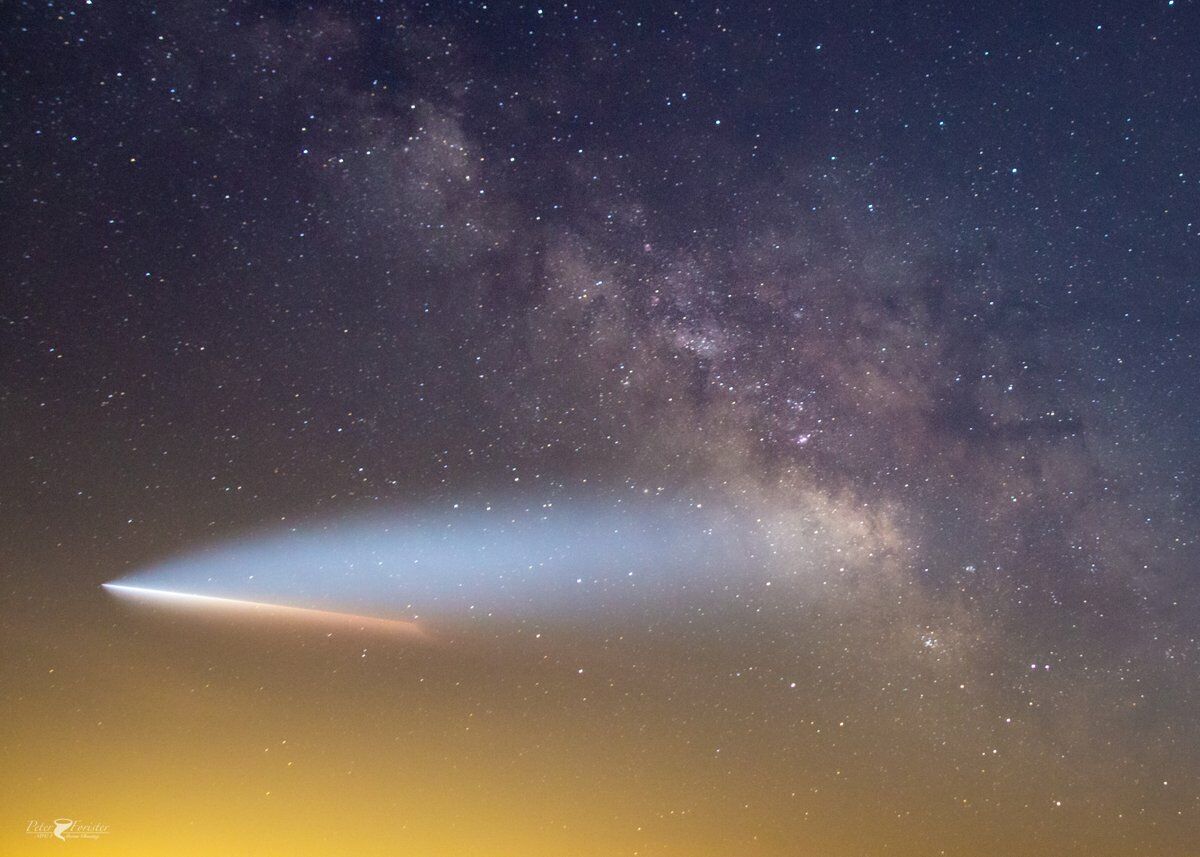 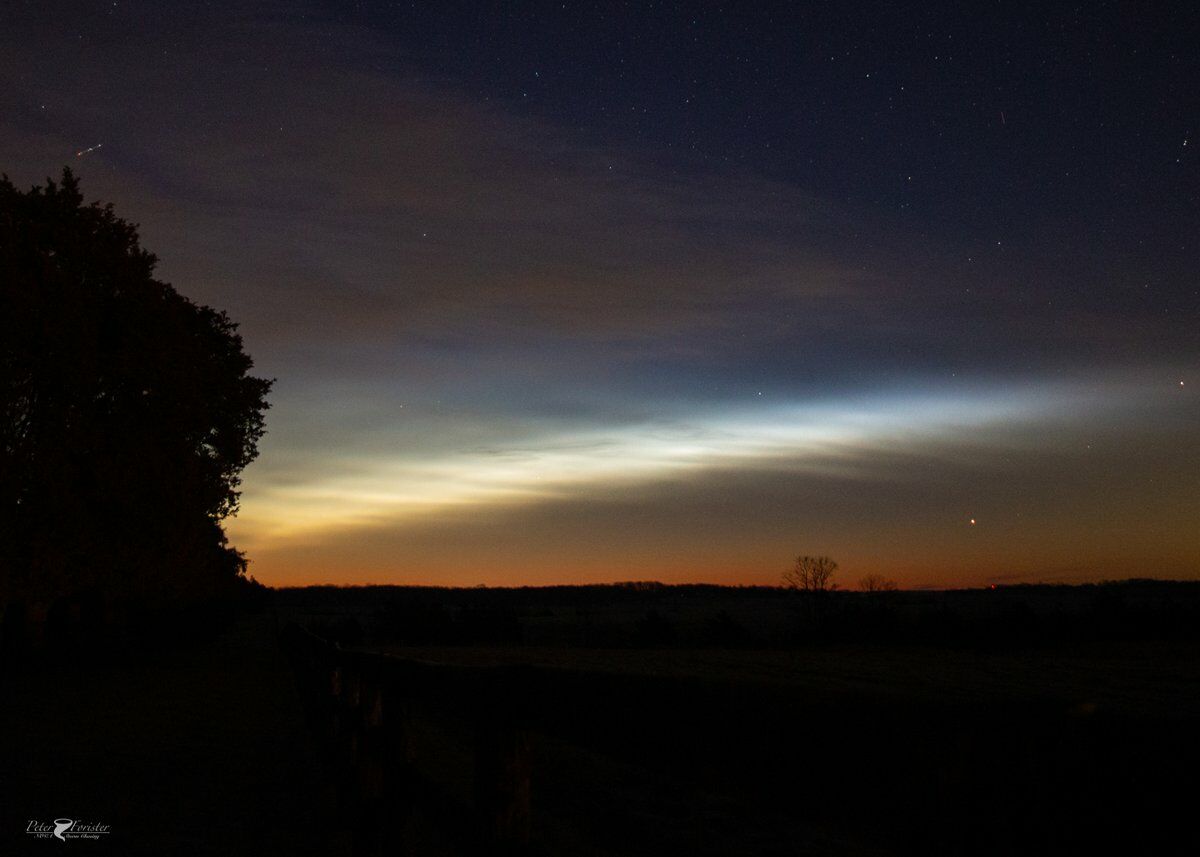