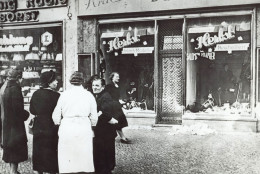 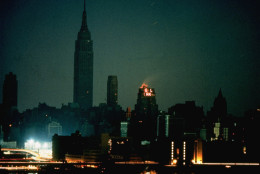 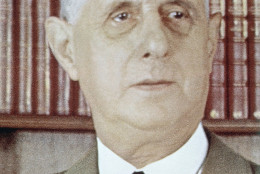 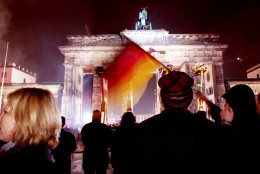 On Nov. 9, 1938, Nazis looted and burned synagogues as well as Jewish-owned stores and houses in Germany and Austria in a pogrom or deliberate persecution that became known as “Kristallnacht.”

In 1620, the passengers and crew of the Mayflower sighted Cape Cod.

In 1918, it was announced that Germany’s Kaiser Wilhelm II would abdicate; he then fled to the Netherlands.

In 1965, the great Northeast blackout began as a series of power failures lasting up to 13 1/2 hours left 30 million people in seven states and part of Canada without electricity.

In 1967, a Saturn V rocket carrying an unmanned Apollo spacecraft blasted off from Cape Kennedy on a successful test flight.

In 1976, the U.N. General Assembly approved resolutions condemning apartheid in South Africa, including one characterizing the white-ruled government as “illegitimate.”

In 1986, Israel revealed it was holding Mordechai Vanunu, a former nuclear technician who’d vanished after providing information to a British newspaper about Israel’s nuclear weapons program. (Vanunu was convicted of treason and served 18 years in prison.)

In 1989, communist East Germany threw open its borders, allowing citizens to travel freely to the West; joyous Germans danced atop the Berlin Wall.

In 1999, with fireworks, concerts and a huge party at the landmark Brandenburg Gate, Germany celebrated the 10th anniversary of the fall of the Berlin Wall.

In 2000, George W. Bush’s lead over Al Gore in all-or-nothing Florida slipped beneath 300 votes in a suspense-filled recount, as Democrats threw the presidential election to the courts, claiming “an injustice unparalleled in our history.”

In 2007, President Gen. Pervez Musharraf (pur-VEHZ’ moo-SHAH’-ruhv) of Pakistan placed opposition leader Benazir Bhutto (BEN’-uh-zeer BOO’-toh) under house arrest for a day, and rounded up thousands of her supporters to block a mass rally against his emergency rule.

In 2013: A house party shooting in suburban Houston left two teens dead. Three of the four surviving Doolittle Raiders who attacked Tokyo in 1942, all in their 90’s, offered a final toast to their fallen comrades in a ceremony at the National Museum of the U.S. Air Force near Dayton, Ohio.

In 2017: During a visit to Beijing, President Donald Trump criticized what he called a “very one-sided and unfair” trade relationship between the U.S. and China, but said he doesn’t blame China for having taken advantage of the U.S. The Washington Post quoted an Alabama woman as saying that Republican Senate candidate Roy Moore of Alabama had sexual contact with her when she was 14 and he was a 32-year-old assistant district attorney; three other women told the Post that Moore had approached them when they were between the ages of 16 and 18 and he was in his early 30s. Actor John Hillerman, best known for his supporting role on the TV series “Magnum, P.I.,” died at the age of 84 at his home in Houston.