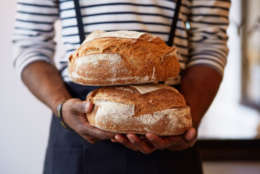 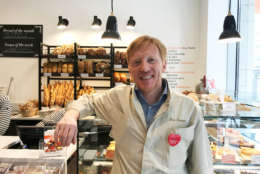 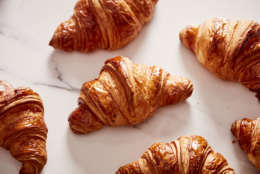 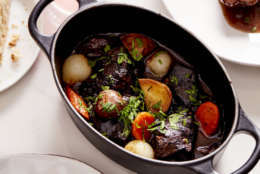 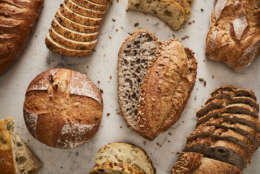 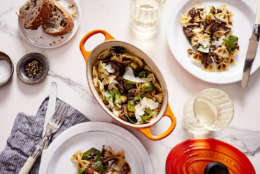 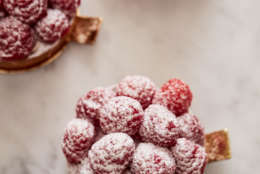 WASHINGTON — Not many people know what they want to do with their lives when they are 3. But for Eric Kayser, there was no question. The toddler from the Lorraine region of France wanted to be a baker — just like the three generations of men before him.

Fast-forward 50 years and Kayser not only accomplished his goal, he grew to be one of the most revered and well-known names in the industry. He opened his first bakery, Maison Kayser, in Paris 22 years ago, and now has more than 100 locations in 20 countries.

This month, he is bringing two new outposts to D.C., after successfully opening 16 stores in New York — the only other home to Maison Kayser in the U.S.

It sounds implausible, what with a growing global operation, but Kayser’s success hangs on his slow, time-honored method of bread-making. Instead of using industrial yeast, he opts for a fermented liquid starter.

“Two-hundred, 300 years ago, we didn’t have industrial yeast, so we used this sourdough,” Kayser said, referring to the natural liquid levain that’s used in all of his breads and viennoiseries (croissants, brioche, etc.).

“We are going back to the story of the bakery, from thousands and thousands of years ago.”

Only, to do that, and to do it efficiently, Kayser uses a modern piece of equipment, called the Fermentolevain, which he and fellow baker Patrick Castagna invented in 1994. The machine keeps the starter’s temperature and nutritional level constant, making it easier to work with and always ready to use.

“Fermentation gives the power to the bread to do a beautiful baguette,” said Kayser, who makes all of his products without preservatives.

“I say all the time, when your belly’s happy, your brain will be happy, too.”

The bread at Maison Kayser is made on site, and each loaf takes about 12 hours, from start to finish. But Kayser said even that is a break from the long hours the job used to demand, before breakthroughs in equipment.

“You go to dance with the girls somewhere and [at midnight], you say to the girls, ‘I’m very sorry, I need to go to work.’ And they are thinking you are crazy. Now, I think the life of the baker is much better,” he said.

In New York, Kayser’s croissants and baguettes are the best-selling products — Maison Kayser even landed the title of New York Magazine’s “best baguette” in 2013 and took home first place at the city’s 2016 “best baguette” competition.

He predicts D.C. will gravitate toward the same products and has even stopped a few customers at his new downtown location to impart some best practices.

“I’ve seen many customers come in and taking coffee and croissant, or coffee and brioche, and I said to the people, ‘Perhaps, it’s better if you put your croissant in your coffee or your brioche in your coffee.’ And they try, and they say, ‘Oh my God, it’s so good.’”

In addition to the coffee and pastry counter, and grab-and-go offerings, Maison Kayser also has a sit-down cafe that serves breakfast, lunch and dinner. Salads, sandwiches and classic French plates — boeuf bourguignon, roasted chicken, rillettes de canard — are on the menu.

Maison Kayser makes one specialty item for each of its cities, and Kayser said he is working on an ancient grain loaf for D.C., which he’ll sell alongside staples such as his olive bread and walnut bread.