Gourmet Symphony is turning the classical music experience on its head. It takes performances out of the concert hall and brings them to the dining hall.
(1/7) 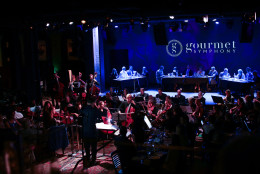 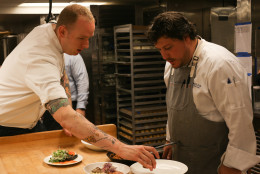 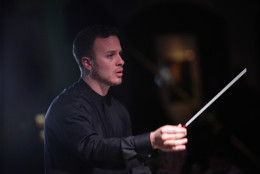 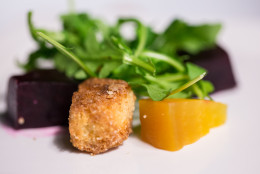 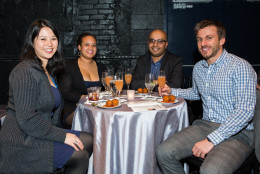 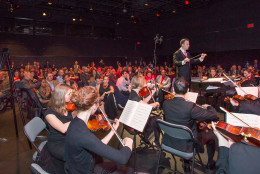 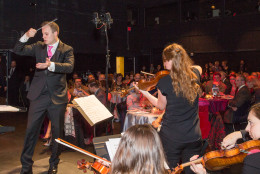 WASHINGTON — Think back to the first classical music concert you attended.

That experience? That’s the type of thing John Devlin wants to turn on its head.

“We just think that while there’s a very important place for that style of concert-going experience, the audience in D.C., especially, craves something new,” Devlin said.

That’s why in 2014, he, along with John Coco, founded Gourmet Symphony, an organization that takes classical music out of the concert hall and brings it to the dining hall. The group hosts everything from intimate dinners at neighborhood restaurants to larger, food-fueled orchestral concerts at venues such as The Hamilton and H Street’s Atlas Theater.

No matter the location, a few things remain constant: There is always food and drink, and the music is never performed on a stage. Devlin says this approach helps to reach a new audience — especially a younger one.

“One of the things that classical music often bemoans about itself is the fact that its audiences are dying — not just because they’re getting old and actually leaving us, but because the audiences are shrinking,” said Devlin, who also serves as the conductor for Gourmet Symphony.

“What we’re trying to do is create different styles of events that serve as access points for different audience age ranges and demographics.”

At Gourmet Symphony’s first event, Devlin polled the crowd and learned that 85 percent of those in attendance had never been to a classical music show before — and that is exactly the crowd he wanted to reach.

Andrew Markert, executive chef and owner of Beuchert’s Saloon in Capitol Hill, has worked with Gourmet Symphony on a number of events. Before 2015, the chef was used to pairing wine and beer with his food; music gave him a whole new sense to consider.

“The first event we did … I believe I had Beethoven’s ‘First Symphony,’ and that was my first experience pairing food and music. And what I did was [research] the composer and saw what he enjoyed when he was working,” Markert said.

It turns out, Beethoven ate a lot of pasta with cheese. So as a nod to the composer, Markert designed a menu of spaetzle, a German noodle dish, and sauerbraten-style beef cheeks.

Gourmet Symphony’s Woodworking 101 event put a spotlight on wooden instruments, such as the marimba, the double bass and the bass clarinet. To coincide, all of the food was either smoked or cooked over a wood-burning flame and the beverages were cask-aged.

Unlike traditional classical concerts, talking is encouraged at Gourmet Symphony events — so is Facebooking, Instagramming and Snapchatting.

The musicians, many of whom hail from the National Symphony Orchestra, the Baltimore Symphony and the Washington National Opera, dine and drink with the audience when they are not playing.

“That has proved to create some really effective personal relationships that almost never exists between performers and their audience,” Devlin said.

“So we really think that we’re furthering the cause for classical music, while providing the audience with a really unforgettable style of event.”

Gourmet Symphony has a few upcoming events on its calendar. On Thursday, Sept. 22, Markert and pastry chef Jennifer Costa are throwing an apple-themed tasting event. The food will be paired with bubbly cocktails and Gourmet Symphony will supply the jazz music.

On Tuesday, Oct. 18, Gourmet Symphony is partnering with Shaw’s Tavern for an Oktoberfest celebration, featuring German-style food, music and, of course, beer.

In February, Devlin says the organization will host “a culinary experience that will be really unmatched,” alongside music from the NSO. Planning is still in the works, but details will soon be available on The Kennedy Center’s website.

“One of the things we’ve been most happy with is the effect that Gourmet Symphony has had on the D.C. classical music culture,” Devlin said. “We have made some good ripples. We’re trying to say, ‘There are other ways to present concerts.’” 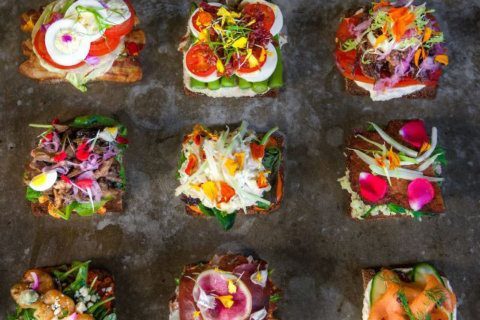 Ambar on Barracks Row to temporarily shutter for $3M renovation