D.C.’s Office of Unified Communications, which handles 911 and 311 calls, has been much maligned and criticized over the years for the way it handles and dispatches emergency requests.

“The OUC prioritizes taking the steps necessary to learn and improve when mistakes are made,” Subido testified at the meeting. “We have enhanced geography-related training and increased related required hours for all new employees from 16 hours to 160 hours.”

Current dispatchers will get refresher courses, with much of it focusing on the city’s trails and waterways, in anticipation that more people will be spending time on pedestrian and cycling paths as the weather warms up.

Subido said dispatchers are to blame for emergency crews being sent to wrong locations about 40% of the time. Issues have included incorrect addresses and unanswered radio transmissions.

In 2019, it took over four minutes for dispatchers to send firefighters to a home on Kennedy Street NW, where a fire ultimately claimed the lives of two people, including a child.

Last year, an ambulance was sent to a home on Oglethorpe Street NW — when it should have been sent to a home in Northeast D.C., where a woman was suffering a heart attack. She died hours later.

WTOP’s news partners at NBC Washington were the first to report the updated training OUC plans to implement this year.

“We know we have no margin for error in handling 911 calls, and we take that responsibility seriously,” said Subido. 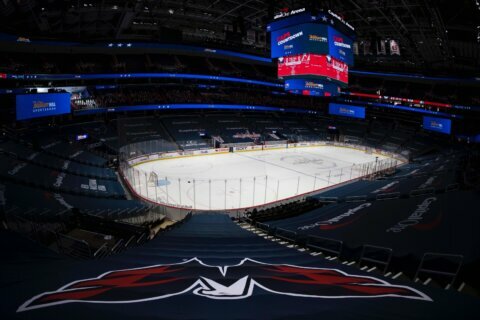