Office of Unified Communications Director Karima Holmes told WTOP she is satisfied with how dispatchers handled the call for the Kennedy Street fire at a rowhouse that had illegally been divided into apartments.
Listen now to WTOP News WTOP.com | Alexa | Google Home | WTOP App | 103.5 FM

The director of D.C.’s Office of Unified Communications is weighing in on how long it took dispatchers to send firefighters to battle a deadly blaze two weeks ago.

Office of Unified Communications Director Karima Holmes told WTOP she is satisfied with how dispatchers handled the call.

“Overall, my thoughts about it is that there was no delay, no slow response,” Holmes said.

Four minutes one second is how long it took to dispatch firefighters to the scene of the row house fire at 708 Kennedy Street in Northwest D.C.

Two victims — a man and a 9-year-old boy — died as a result of the fire. The fire rescue was complicated in part by barred exits and broken smoke detectors. The house had not been licensed for tenants.

The length of response, first reported by Fox 5’s Paul Wagner, was due to information being gathered via police radio instead of a 911 phone call.

The standard across the country is to get first responders out the door in 60 to 90 seconds, Wagner reported.

“You can clearly hear he was in distress attempting to get in this residence. He asked dispatch for assistance — help. She dispatches backup — this is a police dispatcher. She gets some units headed his way,” Holmes said.

Holmes noted that while collecting information to get the first call squared away, “we actually had another life-threatening call, a priority-one medical call.”

“The fire dispatcher, who’s also handling that call, she pulls it up, she gets that call to dispatch because it had all the information that was needed … she gets that call dispatched, she goes back to the fire call. In that interim, the [D.C. police] dispatcher had finally gotten that it was a house fire. And I use that word ‘finally’ very lightly, because it was obviously a very tense situation. The radio traffic was very heavy, but someone on the scene — one of the officers finally said it is a structure fire situation,” Holmes said.

Once 911 got that information and put it into the system, “my dispatcher over on the fire side gets the call dispatched at 9:40, and units get there in under 3 minutes.”

Holmes said she is comfortable with the job dispatchers did that morning.

“Different calls take different times. There are some 911 calls we get out in 30 seconds because the information is there, we have everything we needed. It gets done. Some calls take longer … So what we’ve done in the industry, we’ve shied away from rushing through calls, and we really looked at the quality of a call — and that’s what you have here,” she said.

“This entire response took just shy of 7 minutes, from the time the officer went over the radio to the time we got the units on the scene … the right fire units — it was just under 7 minutes.

But the question remains: Could the Office of Communications dispatch the call any faster?

“I listened to the entire radio traffic,” Holmes said. “I listened to the call, I read the notes, I looked for any gap anywhere where we could have collapsed this timeline and we couldn’t. We got it in as fast as we could.” 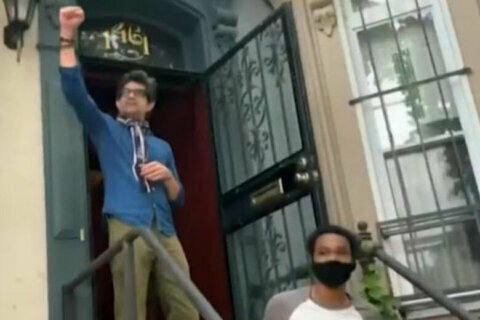 Man who sheltered protesters in DC: ‘It was very instinctual’ 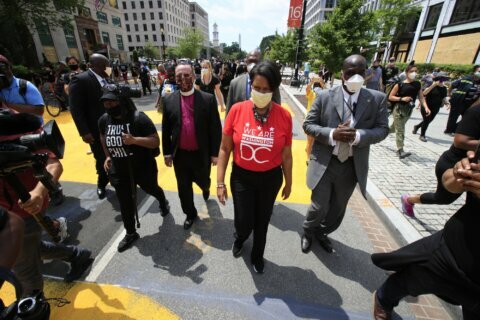