Though D.C. United has to wait until at least Friday to return to practice, midfielder Russell Canouse tells WTOP the team "is very anxious to get back out in the field."
Listen now to WTOP News WTOP.com | Alexa | Google Home | WTOP App | 103.5 FM

With a record 26 teams competing, Major League Soccer was healthy from a business perspective and had just started celebrating its 25th season when concerns about the physical health of everyone in the country took precedent.

The coronavirus pandemic forced MLS to suspend its season on March 12, but the league is permitting teams to open their facilities for players to take part in voluntary individual workouts. D.C. United is hoping it can soon join other MLS clubs and have players back at training, at least on a limited basis.

“I think everyone is very anxious to get back out in the field,” United midfielder Russell Canouse said. “It will start with just individual sessions, but at least it will feel like more of a normal routine in a normal environment with other players there. Hopefully, then, we can start to regain our fitness at a faster level.”

For now, United players will have to continue training on their own at home, like they have been for the last two months. The club provided each player with sanitized soccer balls, cones, exercise bands and foam rollers.

Following emailed instructions, it has been up to the individual player to have the discipline to stay the course, although the team has also connected via video workouts.

“I’ve been able to maintain my fitness by blocking out three hours every morning for training,” Canouse said. “But as long as this has gone on, even for me now it’s tough to stay consistent with it. I know certain days I get down and have to dig down deep to find motivation, but I believe the teams that return to training with players in good shape will have an advantage in whatever kind of season we have.”

On the Saturday before the March 12 shutdown, Canouse and United had just beaten David Beckham’s expansion team, Inter Miami, 2-1 in front of over 17,000 fans at Audi Field. It was an uplifting result after an opening week home loss to Colorado. United believed, though only two games into the season, the team was headed in the right direction.

“I think we showed positive glimpses,” Canouse said. “We implemented what we did in preseason with trying to build from the back and then press a little bit more. Now we have had time to really dissect those two games and I think that’s a real key piece. It’s important through meetings that we are also getting better tactically while also working on fitness.”

While United players wait for D.C.’s stay-at-home order to be relaxed, leagues around the world are starting to resume their schedules. This past weekend, baseball started in South Korea and the K League launched its season without fans in the stands. Germany’s Bundesliga, where Canouse once played, is scheduled to resume its season May 16.

“Knowing that environment like I do, I think it’ll be an interesting first test for the world of football,” said Canouse, who played four years in Germany before moving to D.C. United in 2017. “I think if anyone can do it, they have the ability to do it at a high level and keep the players safe. It’s an important first step, and our league and other leagues around the world will be watching to see how they do it.” 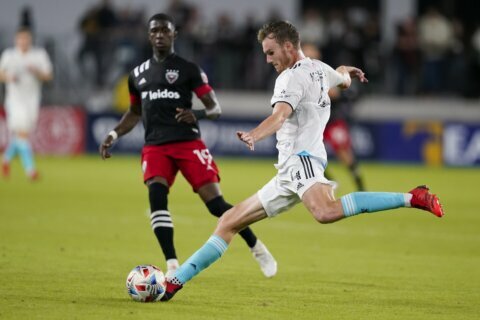