Former Capitals star Calle Johansson is living back in his native Sweden, where life is much different than the other place he still refers to as “home” — Washington, D.C.

Sweden has taken a different approach in its fight against the coronavirus. Instead of stay-at-home orders, the Swedish government is encouraging its citizens to use common sense in public and to work from home if possible.

“I don’t know if we call it fortunate, or what, but we live life as normal,” Johansson said. “Basically the differences are there are no major sporting events, no concerts, no huge get-togethers, but everybody’s doing the same things they always do.”

To be clear, Johansson is not advocating one country’s approach to the COVID-19 fight over another and is just following the guidelines established by the Swedish government. In Sweden, there is no rule about wearing protective masks, but people do practice some social distancing and gatherings of more than 50 people are not permitted.

“If you go to restaurants, they want you to keep the distance, but as long as you’re not standing crowding the bar, you’re OK,” Johansson said. “If the health organization shows up and thinks it’s too crowded, or people are standing too close, they split them apart,” Johansson said. “Then they (health officials) come back an hour later and say, ‘Hey, you didn’t do it, we’ll shut you down for the night.’ But that rarely ever happens.”

Johansson lives outside the Swedish city of Gothenburg, which he said is like Seattle because it rains a lot in winter. The rain drives Johansson to the snow and the mountains and another passion, skiing, but he still keeps up with the Washington Capitals.

Starting in 1988-89, Johansson played 15 seasons for the Capitals and was instrumental in helping lead the team to the 1998 Stanley Cup Finals.

Johansson was the Capitals’ all-time leader in points by a defensemen with 474 (113 goals, 361 assists) until John Carlson broke his record in February.

Johansson, who finished with the Capitals as a player in 2003, called Carlson’s feat “fantastic,” adding, “I’m surprised it took so long to break it.”

“I was fortunate to play for a long time for Washington and I love that town,” he said. “I love that team. But I’m happy John broke it, but disappointed that this season has come to a stop right now because he had something really, really good going this year.”

Whenever the NHL is able to resume, Johansson said he is confident Carlson will be able to continue with his stellar play. Johansson worked with Carlson when he served as an assistant coach with the Capitals from 2012-2014, and it was during that time he gained even a greater appreciation for fellow Swede Nicklas Backstrom.

“He might be the most underrated player in the league,” said Johansson. “People who don’t see him every day don’t understand how good he is. He is not the fastest guy in the world, but nobody can catch him anyway because he is so smart. They don’t make hockey players like that anymore. It’s going to take a long time before we see another player like Nicky.”

Those are strong words from Johansson, who made a career out of defending the best offensive talents in the NHL. Johansson noted that Backstrom, along with his vision and his passing skill, has an amazing ability to protect the puck.

In addition, Johansson said he believes Backstrom should be appreciated for being a complete hockey player.

“He has the ability to make everybody skate at his pace,” Johansson said. “He can just dictate the game, whenever he wants. If he wants it to be fast, it’s fast; if he wants to slow it down, it will slow down. And he plays defense and offense.”

From Sweden, Johansson and his whole family follow the Capitals on a daily basis. In fact, it’s usually one of his daughters who calls Johansson in the morning to give him an update on the previous night’s Capitals result — complete with who scored and how the defense and goaltender performed.

Johansson said he also believes the current Capitals team is capable of winning another Stanley Cup. 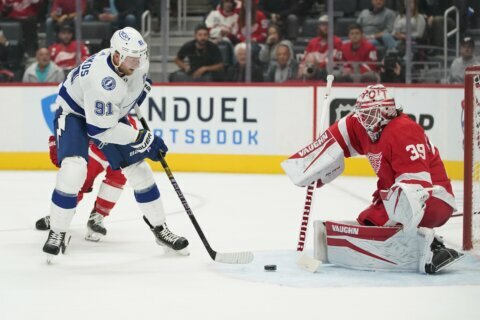 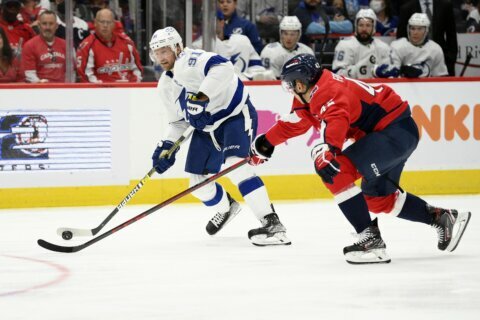 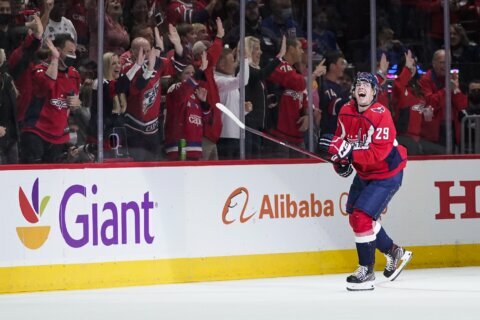