There are drive-in movies, so why not drive-in sports?

As the coronavirus crisis continues, might drive-in sports catch on? One soccer club in in Denmark is giving it a shot.
Listen now to WTOP News WTOP.com | Alexa | Google Home | WTOP App | 103.5 FM

With 12,500 parking spaces just outside its stadium, FC Midtjylland will offer what it calls “drive-in football.”

Large video screens will be constructed outside the front and back of the stadium, so fans can watch the game going on inside the stadium live from the comfort and safety of their cars.

The broadcast of the match will be transmitted on a special frequency to their car radios.

FC Midtjylland does not want “drive in football” to be a passive experience.

The plan is for a match day to begin with fans’ cars, decorated in club colors, parading to the stadium.

“The players will feel the atmosphere. As they are playing, they can see all the cars outside the stadium and hear the noise. We can honk our horns. We want the club colors on top of cars for the drone footage.”

“We are going to make a kind of carnival, and at the same time, staying safe.” Preben said.

It’s hard to imagine sports teams in the U.S. with large parking areas outside their stadiums not taking a look at how things go for FC Midtjylland.

Leagues in this country have already conceded that when they return to play, it likely will be without fans in the stands.

Imagine instead of being stuck in the parking lot at FedEx Field for a Redskins game, it’s the place to be to watch the burgundy and gold.

The Redskins and the NFL have time on their sides to figure out what is next, but soccer leagues in Europe are trying to find ways to complete their seasons, with consideration to concern over the coronavirus crisis.

FC Midtjylland’s idea of drive-in football has been warmly received by the club’s supporters and in fact, when offered a refund on tickets for the remaining six home matches, Rokkjaer said.

“Ninety percent of fans just told FC Midtjylland to keep the money, we love the club, and we want it to survive.”

While FC Midtjylland’s fans are in their cars outside of the stadium, that is not to say they will not have a physical presence in the stands.

The club has been asking its supporters to submit selfies, and with those photos it will create life-size cardboard cutouts that will be placed in stadium seats.

FC Midtjylland has been thinking of everything, including comfort breaks.

Fans will be encouraged to use restrooms before coming to the match, but when nature calls, there will still be an option.

It is clear FC Midtjylland has special relationship with its supporters.

The club is only 20 years old but has worked hard to make connections to the community.

Currently, the team provides support and training to 146 smaller soccer clubs, who then in turn support FC Midtjylland with attendance at games.

“We have made a special school for kids, starting at the age of six,” Rokkjaer said. “We call it the gold mine, where we are educating people not only in sports and football [soccer], but also in being a good citizen.”

“We try to educate people while they are moving, while they’re playing football.” Rokkjaer said.

While it waits for the season to resume, FC Midtjylland is in first place in the Danish league standings and in so many ways top of the table in creativity. 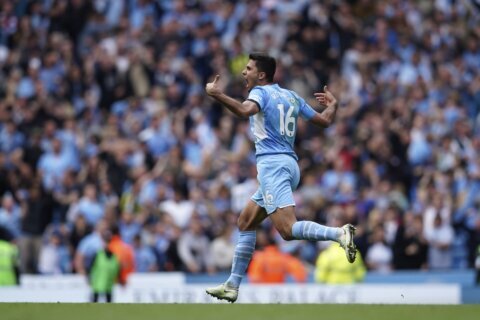 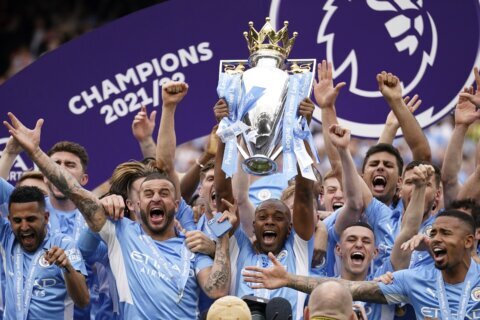