With MLB dark, baseball in Taiwan suddenly draws eyes from around the world

There are no peanuts and Cracker Jacks, and for now there are no fans, but in Taiwan there is baseball.
Listen now to WTOP News WTOP.com | Alexa | Google Home | WTOP App | 103.5 FM

There are no peanuts and Cracker Jacks, and for now there are no fans, but in Taiwan there is baseball.

Taiwan has had success in its fight against the coronavirus, and that allowed the Chinese Professional Baseball League — which was supposed to have its opening day on March 14 — to start its season with games in empty stadiums on April 10. The Taiwanese competition is named the Chinese Professional Baseball League after Taiwan’s formal name, the Republic of China.

Almost a month into the CPBL season, it’s a good sign that pitching and not health has been the league’s biggest concern. Over half of the CPBL’s pitchers have an ERA over four runs a game, but more importantly not a single player has tested positive for COVID-19. At the start of the season Taiwan, an island nation of 24 million people, only had a few hundred confirmed cases of coronavirus.

“For us it’s easier than the United States to contain (coronavirus) as long as we make sure the border is secure because we are a small country,” said CPBL English broadcaster Richard Wang. “We also had a painful experience with SARS in 2003 and that helped with cooperation from the citizens.”

Wang also believes the number of coronavirus cases in Taiwan has been limited because wearing surgical or cloth masks is common.

“We always wear masks even without the pandemic situation,” Wang explained. “A lot of people are riding scooters or motorcycles and the air is not that clean or clear. It is not something unusual for anyone to walk on the streets to wear masks and so when it was time to really put them on, there was no resistance.” 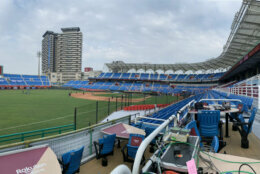 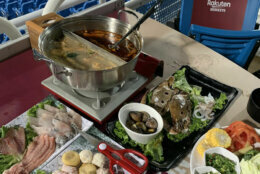 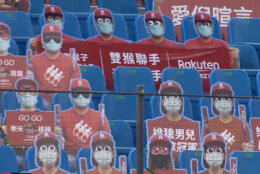 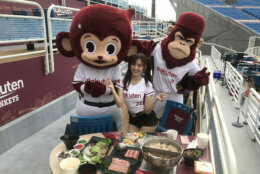 Baseball is the show and the CPBL has been working hard to entertain. There might not be fans in the stands, but cheerleaders are still performing their routines whether it is during play or in between innings. Music and fireworks are also used to try and stir up some atmosphere in empty stadiums.

Still, the fans are missed at CPBL games. One player told Wang playing in a stadium without fans is like “watching television with a broken sound system.”

“Some managers have actually been saying that it’s actually helping players to raise their concentration level, because there’s really not any distraction coming from the stands,” Wang said. “Players are used to being told when the game is on the line to focus like no one is in the stands, and for now there really is no one in the stands.”

There is a 12-hour time difference between Taiwan and the East Coast of the United States. CPBL games start in the late afternoon or early evening and that has led to the use of the hashtag #breakfastbaseball.

As one of the few leagues currently playing any sport anywhere, CPBL games have attracted viewers from around the world. Eleven Sports Taiwan, which is streaming English-language broadcasts on Twitter, estimates 60% of its international audience is from the U.S.

“Every broadcast, I would say good morning, good afternoon, good evening to everybody out there because I really don’t know where they are,” Wang said “ All I do know is they are somewhere on the surface of the planet.”