A number of firsts marked the opening day of the session for the Virginia General Assembly on Wednesday. See photos from the historic day.
Listen now to WTOP News WTOP.com | Alexa | Google Home | WTOP App | 103.5 FM
(1/19) 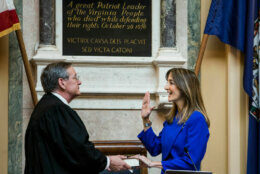 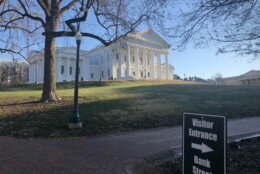 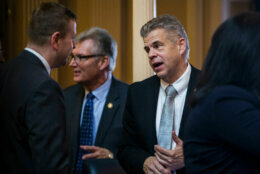 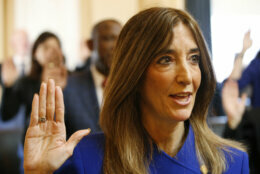 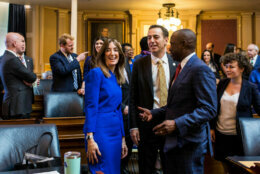 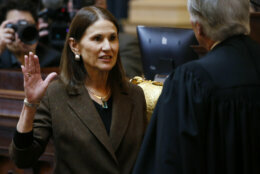 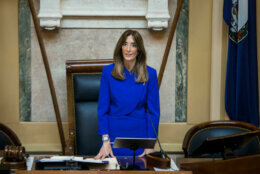 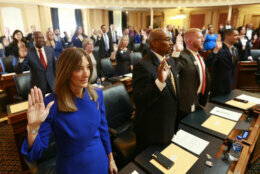 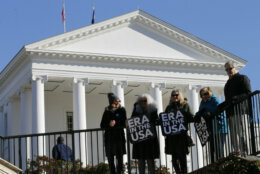 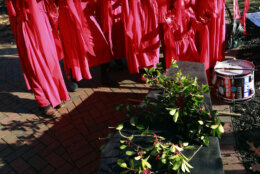 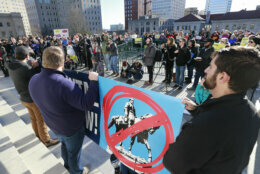 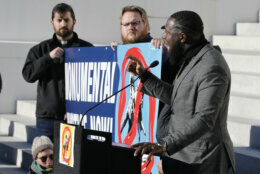 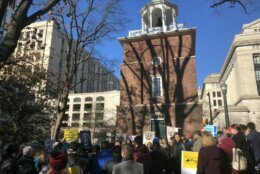 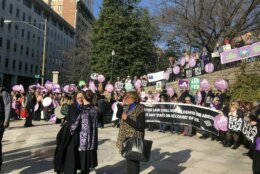 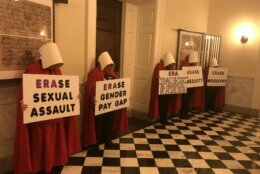 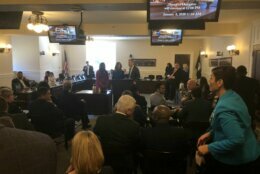 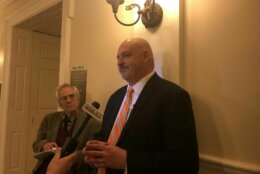 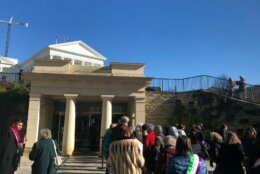 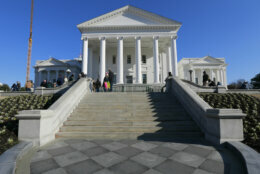 The ascent of female leadership in Virginia’s House of Delegates highlighted a transformative day as the General Assembly convened Wednesday for its annual session in Richmond.

“A new torch is being passed today. One that ushers in a modern era representing all Virginians,” Filler-Corn said in a speech to the House after taking the oath of office.

Democrats took control of both the Virginia House and Senate in November’s elections. With Gov. Ralph Northam in the Executive Mansion, Democrats now control state government for the first time in decades.

“We anticipate that the next 60 days will be busy, and also successful,” Filler-Corn said.

The new leadership should be an inspiration for girls across Virginia and across the country, Herring said.

“After 400 years, they will now see on that dais a woman leading the way in the most prestigious legislative chamber in the nation,” Herring said. “The political ‘herstory’ of Virginia is now and forever will be changed.”

Democratic priorities for the session include equity and equality changes tied to criminal justice reform, environmental protections and education.

(The Justice Department wrote in a memo on Wednesday that the deadline for ratification has passed, and it won’t matter if Virginia passes the amendment. A lawsuit filed Tuesday, however, argues that the deadline is not binding.)

A number of gun-related measures are also proposed, such as expanding background checks and a red flag law to temporarily remove guns from those who are a threat to themselves or others.

Pushback from pro-gun groups and related threats online have driven noticeably increased security around Capitol Square this session, and an unusual message from Virginia State Police, Capitol Police and Richmond Police that everyone is welcome on Capitol Square but intimidation, violence or other violations of the law are not.

A contentious pro-gun rally is scheduled Jan. 20 on what is typically a lobby day for a number of issues.

Affordable housing, authorization of casinos, minimum wage increases, redistricting and transportation are among other significant issues in the 60-day session.

The legislature also must approve a wide-ranging two-year state budget.

Beyond the leadership, the General Assembly is among the most diverse ever, including the most women ever and the most black lawmakers since reconstruction.

Del. Danica Roem, D-Prince William County and Manassas Park — who had lots of attention as she was sworn in for her first term two years ago as Virginia’s first openly transgender lawmaker — was simply getting down to business Wednesday.

“This time around, you know, we’ll just say the new-delegate smell is maybe left in the first term, and now it’s just like, ‘Oh, OK, I’m part of the institution now,’ and I’m not just a curiosity or a wonder for people. I’m a legislator,” Roem said.

Her office features rainbow flags representing a push against discrimination, but also diagrams of fixes for Route 28 and other items from the Manassas area.

Roem plans to continue work on traffic and transit, expanding access to school meals for families that may not be able to afford it, freedom of information laws, and easing absentee and other voting restrictions ahead of what is expected to be a high-turnout 2020 election.

The Virginia Legislative Black Caucus has a long list of priorities.

The caucus has gained additional power over the past year since Northam’s blackface scandal led to a renewed commitment to anti-discrimination and equity.

Northam received applause when he met with lawmakers in the Democratic and Republican caucus meetings just before the session began.

With Democratic control of the General Assembly, many of the black caucus’ priorities are expected to move forward. “We will work to eliminate the last vestiges of racism and white supremacy in Virginia law today,” McClellan said.

Sen. Louise Lucas, D-Portsmouth, who is also a black woman, was elected president pro tempore of the Senate.

New Democratic Del. Joshua Cole, of the Fredericksburg area, was a bit in awe as he prepared to walk into the chamber to be sworn in, in a Capitol that slaves helped build.

“It’s amazing. There is a saying that said, ‘You are your ancestors’ wildest dreams,’ and it’s just been very spooky, and the goose bumps and all the feels when you walk into a Capitol that was built by your ancestors, and now we’re governing, and it’s really amazing,” Cole told WTOP.

He is optimistic about getting new funding for transportation improvements in the Fredericksburg region; education support, including for special education students; and statewide bills that could increase the minimum wage, ban certain questions on job applications and prevent employers from forcing workers to pay for uniforms.

“This session, we’re really going to be focused on education, criminal justice reform and — because of the Stafford area/95 corridor — transportation and traffic,” Cole said.

New House Democratic leadership got off to a bit of a slow start though, as the proposed rules for the session weren’t quite finished. The previous session’s rules were instead extended one day, to allow for a debate and vote Thursday to get the rest of the legislative process going. 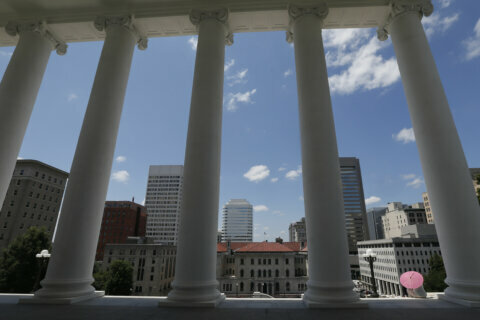