More money for education and the environment, plus higher gas and cigarette taxes to help pay for transportation and health care needs are all part of Virginia Gov. Ralph Northam’s $135 billion two-year budget proposal unveiled Tuesday.

For the first time in years, a Virginia governor’s proposal is going to a friendly General Assembly, with Democrats set to take control of both chambers when the session starts Jan. 8.

Still, the budget plan is expected to be amended over the course of this winter’s session, including to account for other bills or proposals that are approved separately.

And Northam’s proposal leaves $100 million per year for the General Assembly to allocate to its own priorities.

Under the proposal, Virginia drivers would no longer need to get their vehicles inspected, which currently cost them $20 a year. In the second year of the budget, vehicle registration fees would be cut in half.

Virginia’s gas tax revenue increases have slowed despite increases in the amount of driving, in part due to increasing fuel efficiency.

“This is not sustainable, and if we don’t address it now, it will be harder to fix in the future,” Northam said.

The change aims to have people who drive more in Virginia pay more, including drivers from out of state, Northam said.

Additional transportation fee changes are expected to be part of broader proposals in the General Assembly session, which could aim to ensure that drivers of alternative fuel cars also pay for road use, Transportation Secretary Shannon Valentine said.

The additional funding would pay for additional needs on roads, rails and other transportation modes.

That would include partially restoring $100 million in Northern Virginia Transportation Authority funding that was shifted last year to cover Metro costs. The authority would get an additional $45 million under the plan, on top of the $20 million provided last session as part of the Interstate 81 funding deal.

Transportation proposals also include testing grants for transit passes for some low-income families.

Valentine describes the transportation funding restructuring as a bridge to 10 to 15 years from now, when officials expect road taxes to be based on a fee-per-mile driven.

Doubling cigarette taxes to 60 cents per pack and doubling the tax on other similar products, such as vape cartridges, would raise millions to be used to keep down some health insurance costs.

Northam hopes to put the money toward lower premiums on a new Virginia health insurance exchange that would replace the state’s participation in the federal Affordable Care Act insurance marketplace.

“Smoking is the leading cause of preventable death in Virginia, and it directly causes more than $3 billion — $3 billion — in yearly health costs in our commonwealth,” Northam said.

The new marketplace would be funded through existing insurance fees currently paid to the federal government.

Under the higher cigarette taxes, Virginia’s per-pack tax would be above North Carolina’s rate, but well below the $1.20 per pack tax in West Virginia, $2 tax in Maryland and $4.50 tax in D.C.

The largest increase in proposed spending is for the state’s share of education costs.

The funding includes $99 million for more school counselors, and $145 million for the state’s share of a 3% raise for teachers and support staff effective July 1, 2021.

The budget assumes that slotlike “skill games” gambling that has popped up in Virginia is regulated and taxed to fill a hole from declining lottery revenues directed to K-12 schools.

To qualify, the degrees would need to be in technology, health care, public safety, early childhood education or a skilled trade; and the full-time students would need to perform community service or other training.

A large share of the $733 million for environmental improvements includes $400 million for water quality programs.

Alexandria would get an additional $65 million to help offset costs of the major sewage outfall system overhaul.

The budget would also remove language blocking Virginia from participating in the Regional Greenhouse Gas Initiative, a cap-and-trade program covering much of the northeastern U.S. that aims to limit pollution.

Less than a year after Northam was engulfed in a blackface scandal, his efforts to address inequities earned praise from the Virginia Legislative Black Caucus.

Specific items the group highlighted in a release include more money to address homelessness, affordable housing and eviction, efforts to reduce the racial disparity in maternal mortality rates, additional funding for HBCUs, additional funding for low-income or high-needs students, criminal justice reforms, and improvements to Virginia school curriculum to tell the full story of black history in the commonwealth.

Northam proposed $2.5 million to support school participation in programs from the Black History Museum and Cultural Center of Virginia, $2 million to increase school attendance at the American Civil War Museum, and a variety of funding for improvements to black history roadside markers and historical sites.

The budget would also shift $83,570 per year of state funding from the United Daughters of the Confederacy maintenance of Confederate cemeteries to a new African-American Cemeteries fund.

“I applaud the governor’s historic commitment to improve Virginia’s education system, protect our precious natural resources, address infant and maternal mortality, and make critical improvements to mental health care in the commonwealth, all while maintaining our AAA bond rating and adding $300 million to what would be a record-setting ‘rainy day’ cash reserve,” the Fairfax County Democrat said in a statement.

“The governor’s emphasis on K-12 education is laudable, and House Republicans look forward to working together with the incoming majority to craft a budget that invests in the core functions of government and protects our AAA bond rating,” Gilbert said in a statement.

Additional money is also included to cover some costs of the Prince William County jail expansion.

The proposal would also fund some of the new clerks and salary adjustments requested in general district courts across Virginia.

State employees would not get a general pay raise under the budget plan, but there are targeted raises for positions, such as corrections officers and some social service workers.

The budget does include some funding increases for the state’s pension programs.

Northam also proposed $5 million in matching funds for a Virginia Veterans Parade Field at the National Museum of the Army at Fort Belvoir, scheduled to open in June 2020.

Several public hearings around Virginia are scheduled before the General Assembly session, including one on Jan. 2, starting at 10 a.m., at the Hylton Performing Arts Center in Manassas. 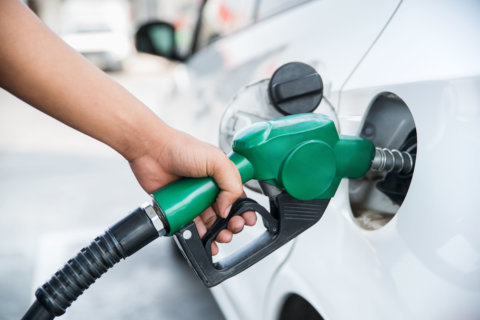