The proposals deal with: making it easier to vote, overhauling Virginia’s redistricting process, changing how primaries work and responding to a series of election controversies from the last few years.

The legislature will also consider ending Virginia’s policy of permanently taking away the right to vote from anyone convicted of a felony. Two proposed constitutional amendments would either end the practice of disenfranchising felons, or allow the General Assembly to pass laws restoring their civil rights. Today, only the governor is allowed to restore their civil rights.

The changes for mailed ballots could include counting all ballots or ballots from military and overseas voters received in the two or three days after the election, or requiring that absentee envelopes provided to voters have the postage prepaid by the local electoral board.

Other absentee ballot changes could allow more voters to submit a single request to get a ballot by mail for multiple future elections, and establish new policies that could allow for special absentee ballots for people responding to a state of emergency.

Another proposal would ensure that colleges get voter registration forms to provide to their students.

Virginia’s June primary date could also be moved from the second Tuesday to the third Tuesday as part of an effort to have the election held after school ends to avoid conflicts at school buildings. Opponents of the bill last year expressed concerns that could limit already light turnout, while supporters say it is a school safety and parking issue.

Along similar lines, Election Day in November could be designated as an official state holiday. Del. Joe Lindsey, of Norfolk, proposes making Election Day a holiday in place of Lee-Jackson Day, which celebrates Confederate Gens. Robert E. Lee and Stonewall Jackson on the Friday before Martin Luther King Jr. Day.

A key debate this session is expected to focus on how Virginia will draw General Assembly district and Congressional district lines next year.

In order for that commission to be created, the General Assembly must approve the proposed constitutional amendment again this winter, then voters would have to approve it in November.

Supporters of the amendment have also introduced companion bills that would lay out additional working details about the commission and establish rules for the Supreme Court of Virginia to follow in drawing lines if the commission fails to agree on a plan.

Similar commissions could also be established at the local level.

Additional discussions may surround how people in jail are counted in legislative districts, since the census counts them as in their prisons but some lawmakers believe they should be counted at their previous home addresses in the state.

A series of election snafus in 2017, including the determination of control of the House of Delegates through a random drawing from a bowl, has prompted several proposals for changes this year.

At least two bills would eliminate the random drawing as a way of resolving a tied race for the General Assembly or local office. Another would make clear that a recount is automatic in a tied race, since current law requires the loser to request a recount.

If the random drawing is eliminated, a special election — essentially a do-over — is the proposed solution.

A separate proposal would make clear that any ballots not challenged during the actual counting process in a recount could not be raised as an issue before the three-judge court that certifies the recount results.

All of those issues factored into the tied Hampton Roads race in the 2017 election. The loser of that race, Shelly Simonds, won a rematch this fall and will be sworn into the House of Delegates when the session convenes Wednesday.

Also in 2017, there were problems in House districts in the Fredericksburg area.

In response, a proposal this year would allow voters to cast a provisional ballot in both the district they believe they should be in and the district the voter registration system shows them as being in. The electoral board could then sort out which of the two districts in that precinct the voter actually belongs in, and count the correct ballot.

After a series of issues, there have been a number of proposals to change the State Board of Elections over the last few years. A proposal this year would simply expand the board from three members to five, but retain the governor’s authority to appoint the commissioner of elections.

Even more significant election changes proposed this year include nonpartisan primaries and ranked-choice voting for statewide offices, the General Assembly and Congress.

The proposal from Del. Sam Rasoul would put all candidates on a single ballot in the primary, with the four candidates who get the most votes advancing to the general election.

The general election would then be held using ranked choice voting, which allows voters to rank those candidates in priority order. In the first round, all the first choice votes are tallied. If no candidate has a majority, then the last place candidate is eliminated and all of the voters who ranked that person first get their second choice vote counted. The process continues until one candidate wins a majority.

In Maryland, the City of Takoma Park has used the method, also known as instant runoff voting, in its local elections since 2007.

Other proposals would add term limits for the General Assembly, allow a governor to serve two terms, or add party identifications to the ballot for most candidates. Today, Virginia essentially only lists party affiliation on the ballot for state and federal offices.

Additional proposals would restrict party nomination processes or remove an incumbent’s authority to decide whether there will be a primary.

There are a number of proposals that could change Virginia’s permissive campaign finance laws, although it is not clear that is a priority this session.

One effort would ban campaign contributions from Dominion Energy and other utilities; another would require audits of campaign finance reports.

A bill proposed by incoming Senate Majority Leader Dick Saslaw, of Fairfax County, would ban the use of campaign funds for personal use. Instead, the money could be refunded or donated to charity or other candidates. Money could still be used to pay the candidate’s “ordinary, nonreimbursed expense related to his elective office.” The bill has failed in past years.

Another bill would set campaign finance limits in Virginia for the first time, capping contributions from an individual person or campaign committee at $10,000 per election cycle for state offices.

With a ban on fundraising during the regular General Assembly session, there is also a proposal to require additional disclosure of donations in the week leading up to the session, which can currently remain undisclosed until after the session adjourns.

Among other notable proposals, 16-year-olds could be allowed to “preregister” to vote, so that they are automatically ready to go when they turn 18.

First-time voters who registered to vote by mail but are in jail awaiting trial or on a misdemeanor conviction could be allowed to vote absentee.

Campaign staffers circulating petitions to get a candidate on the ballot may no longer need to be Virginia residents as long as they promise to cooperate with any legal disputes over the petitions.

The Department of Elections could study the use of blockchain to protect the voter registration database and election results. 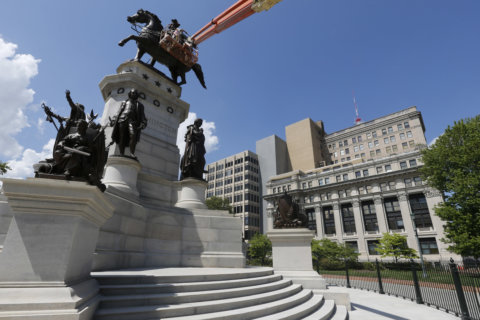