With safety approvals, Metro Silver Line could run to Dulles by Thanksgiving

Metro officials say passengers could be riding Metrorail to Dulles International Airport for the Thanksgiving holiday rush, if only the system's safety watchdog signs off on its 7000 series return-to-service plan and a safety certification for the Silver Line extension.
Listen now to WTOP News WTOP.com | Alexa | Google Home | WTOP App | 103.5 FM

Metro officials say passengers could be riding Metrorail to Dulles International Airport for the Thanksgiving holiday rush, if only the system’s safety watchdog signs off on its 7000 series return-to-service plan and a safety certification for the Silver Line extension.

Metro said the system can be made ready to safely ferry passengers to and from Dulles International Airport by mid-November and the preholiday rush, but it must know by this Friday whether the Washington Metrorail Safety Commission would clear the way for the use of enough 7000 series railcars and approve the new Silver Line extension’s safety certification.

“Since control of the extension was turned over to Metro, we and our partners at the airports authority, Fairfax and Loudoun have worked diligently to complete all of the steps needed for Metro to offer safe and reliable service for rail travel to Dulles Airport and Loudoun County, and we are just awaiting concurrence from our safety commission partners.”

But in a Monday letter to Metro, WMSC, which enforces safety practices on the rail system, objected to Metro’s most recent return to service plan for the 7000 series cars, and WMSC spokesman Max Smith said Metro still had not completed action on a number of open items that must be addressed before submitting the Silver Line safety report.

As the National Transportation Safety Board continues to investigate the exact cause behind the Oct. 12 derailment, Metro has instituted a robust inspection program of the 7000 series’ wheel sets. So far, more than 300 of Metro’s 7000 series rail cars are back on the tracks under the watchdog’s stepped-up inspection procedures, but hundreds remain sidelined.

The letter the commission sent to Metro this week provides what it says is a clear path for restoring to service enough 7000 series cars for the transit operator to run daily service on the Silver Line extension, and to reopen stations on the Yellow Line.

Metro officials said the rail line is currently operating 77 eight-car trains daily, including older model cars, and would need 85 eight-car trains to fold in service on the Silver and Yellow lines.

Metro also registered a complaint about the safety commission imposing wheel-set inspections every four days for cars carrying riders on the Red, Green and Yellow lines, while allowing seven-day inspection spans for cars used in training and certification procedures carrying Metro employees on any line in the system.

Metro officials said they would not be pressing to restore more 7000 series cars to service if it were not safe to do so, and the data collected over the past several months shows that it’s safe to return the cars to service.

But Smith said that while 7000 series cars have safety improvements, Metro’s own data shows that more than 80 of those cars have documented cases of wheel migration, the problem that causes the wheels to spread apart and raising the risk of an accident.

The NTSB’s initial findings concluded that the wheels on the 7000 series rail car had shifted too far apart on their axles.

Metro’s 7000 series rail cars make up 60% of Metro’s total fleet. With most of its cars sidelined, Metro riders have been plagued by long wait times and overcrowding for the last year. 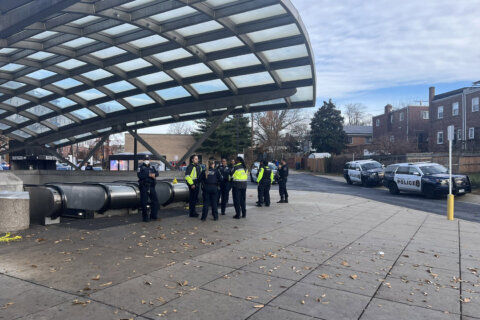