Here are 10 development projects that will have a major impact on the District and those who live and work here.
Listen now to WTOP News WTOP.com | Alexa | Google Home | WTOP App | 103.5 FM

D.C. isn’t the same city as it was 10 years ago, and it won’t be the same in the coming years either.

Along with the rest of the nation, the District has made and continues to make substantial changes to its cityscape. WTOP has compiled this list of 10 massive or otherwise notable projects that will have a major impact on the city and those who live and work here.

The research for this overview was supported by the D.C. Development Report created by the Washington, D.C. Economic Partnership, a nonprofit public-private organization whose purpose is to promote and support economic development and business opportunities in D.C.

The deets: Even before Mayor Muriel Bowser broke ground on the 25-acre McMillan redevelopment in December 2016, the event was overshadowed by a lawsuit that halted progress on the site for several years. Civic group Friends of McMillan Park challenged the planned redevelopment, with a member of the organization, Kirby Vining, writing in an op-ed for The Washington Post in 2017 that “the District’s handling of the development of McMillan Park has been a slow-motion train wreck.”

In an interview with WTOP, WDCEP Senior Vice President of Programs Chad Shuskey described the project as a “testament to perseverance from both the city and the development partners” since it has taken about 15 years to get progress going on the planning for the site.

For years, the 2.1-million-square-foot project remained in development limbo, but demolition finally started in October 2021. Though a solid delivery date is still unknown, the plan for the site includes a grocery store, 467 apartments, 146 townhomes and 860,000 square feet of medical office space, plus a community center and an eight-acre park. The four regulator houses, 20 sand silos, sand bins and two underground filter beds are expected to be preserved on the site.

The first phase of Reunion Square, 2235 Shannon Place, was finished in 2014 and now serves as the headquarters for the District of Columbia’s Office of Lottery and Charitable Games and the Department of For-Hire Vehicles. The next phase, at 2201 Shannon Place, is expected to be delivered in the fourth quarter of 2023 with the headquarters for the District’s D.C. Health department.

Shuskey said Reunion Square is a good example of how the District looks at its agencies as good “anchors” for developments.

The deets: Located right by the District’s first and only Wegmans, in the City Ridge development, Upton Place is one of the top retail projects currently under construction. The project will transform an office building formerly occupied by Fannie Mae into a mixed-use destination with 689 multi-family residences topping about 100,000 square feet of retail, as well as a new Lidl grocery store. Of the residences, 455 will be apartments in the six-story East Tower; 234, apartments in the eight-story West Tower. The total number of affordably priced units is 65.

“Upton Place is kind of an example of the city … adapting to the current market,” since the site previously housed an office building, but will soon be a mix of residential and retail space, Shuskey said.

The deets: This 12-story, 400,000-square-foot building will serve the Southwest Waterfront with a mix of retail and residences, as well as a performing arts/theater space and the D.C.-based early childhood education provider AppleTree School. The project will offer 449 rentals with 136 affordable housing units. Half of those affordable units will be set aside for households earning less than 30% of the area median income.

Shuskey said the planned performing arts/theater space will be a nice complement to the other arts spaces in the neighborhood, such as Arena Stage and The Anthem.

The deets: Shuskey told WTOP, “The Buzzard Point area is going to be kind of the next wave of development” for the Southwest quadrant. The Stacks is one big example of that wave.

Spanning about six acres with 2 million square feet, the mixed-use project directly south of Audi Field will include 2,000 multi-family residences, 80,000 square feet of retail, two hotels, 250,000 square feet of office space and a 15,000-square-foot park. Up to 10% of the residences will be dedicated to affordable housing. A key part of the development is also a pedestrian-only road, dubbed “The Corso,” that will run from Audi Field and to the waterfront.

The developer Akridge celebrated their groundbreaking for the project in May 2022 for the first phase, which is expected to be delivered in 2025.

The deets: Dubbed “the first town center development in Southeast D.C.” by D.C.-based developer WC Smith, Skyland Town Center is a mixed-use development that was stalled for several years, but has since made progress: A Lidl opened at the site in September 2022, and a CVS Pharmacy and Starbucks are already operating. Other tenants include Roaming Rooster, Mezeh, South American restaurant Maizal Street Food, &Pizza and Tropical Smoothie Café.

The first two phases of the project are already complete, but the third and final phase should remain a hot topic. In December 2022, Washington Business Journal reported that the final phase is getting a residential makeover, with plans to seek a modification to their planned-unit development to allow for 126 townhomes on the northernmost part of the site. The parcel of land would also feature a 75-unit senior center with 10,000 square feet of retail.

Once complete, the entire development will total 18.5 acres, making it one of the largest real estate projects ever in a D.C. neighborhood east of the Anacostia River, as reported by The Washington Post.

The deets: Since 2018, the exterior and all 23 exhibition spaces at the Smithsonian National Air and Space Museum have been undergoing a massive renovation. The seven-year project is being carried out in two phases. The first phase completed in October 2022, with eight new galleries opened to the public in the west wing of the building.

The deets: Since winning a design competition in 2014, OMA and OLIN have spearheaded the vision for the planned 1.45-mile 11th Street Bridge Park project. Once complete, the elevated landscape will connect the Anacostia and Navy Yard neighborhoods with an amphitheater, public plaza, public art, hammock grove, a kayak and a canoe launch area, as well as an environmental education center staffed by the Anacostia Watershed Society.

This will be the District’s first elevated public park, said Shuskey, who noted that local non-profit Building Bridges Across the River and the D.C. government have engaged with the community to mitigate the impact could have on the surrounding communities. Shuskey said there have been “hundreds if not thousands” of community engagement meetings to let the community “drive the project.”

The entire bridge park will be the length of three football fields and will be erected on the existing piers that held the former 11th Street Bridge.

The deets: In December 2022, RFK Stadium received heartfelt goodbyes from city leaders and sports luminaries. The venue opened in 1961, first known as the D.C. Stadium before being renamed in 1969 in honor of Sen. Robert F. Kennedy. If all goes according to plan, the stadium will be demolished in 2023.

What’s next? The options being considered for the 190-acre site include an NFL stadium, a 20,000-seat arena or an open-air multi-purpose space. Several local lawmakers, including D.C. Mayor Muriel Bowser, believe the site would be best for the next football stadium for the Washington Commanders, but some D.C. council members and locals who think otherwise.

In December 2018, council member Charles Allen launched a petition to oppose the proposal, gaining nearly 4,000 signatures so far. ANC 7D01 Commissioner Tamara Blair also told WUSA9, “I am not against them coming back into D.C.; I do not support them coming back to this location.” The Commanders’ lease at FedEx Field in Prince George’s County is expected to expire in 2027.

While the RFK Stadium is owned by the city, the land that the stadium currently stands on is owned by the federal government, so at the moment, there are limitations on what is allowed to be built, Shuskey told WTOP. A stadium site redevelopment study reports that the land is currently leased to the District for stadium use only.

The deets: The D.C. government is currently in the process of revitalizing the long-abandoned, 346-acre St. Elizabeth’s hospital campus in Ward 8. And there’s a lot to anticipate.

In July 2022, ground was broken on a 22,000-square-foot community-led “interim” retail space near the new Entertainment and Sports Arena (ESA): Sycamore & Oak. Eight Ward 8-based businesses — including restaurants, retail outlets and artistic spaces — will be housed there.

Since the ESA opened in September 2018, it has served as the new home of the Washington Mystics, the Washington Wizards’ practice facility and other sports and entertainment programming.

The apartment community on the campus, called the Residences at St. Elizabeths East, also completed in 2019 with 252 units, 202 of which are affordable. Amenities include a fitness center, clubroom, secured parking and community areas like a playground and outdoor grilling area.

When it comes to what to expect in the future, Washington Business Journal reported that Whitman-Walker will establish a 116,000-square-foot health center on the southern edge of the campus, with an estimated completion in 2023. The building will house a pharmacy on the ground floor. The developer behind this project is Redbrick.

In December 2022, Washington Business Journal also reported that Office of the Deputy Mayor for Planning and Economic Development selected a development team led by The Menkiti Group to construct a headquarters office of 200,000 square feet to 225,000 square feet for District’s Department of Behavioral Health, 277 multifamily units affordable at 30% to 80% of area median income, 18 for-sale townhomes, 30,000 square feet of retail and a 90,000 square feet of community space, which will replace the RISE Center. 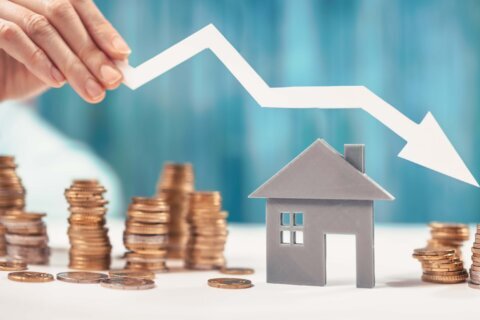