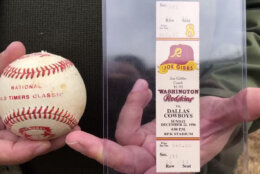 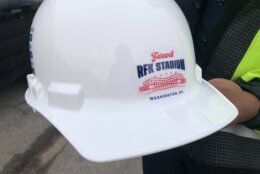 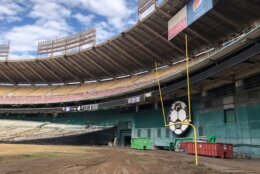 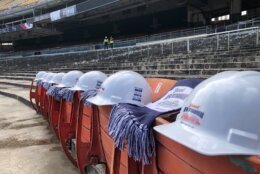 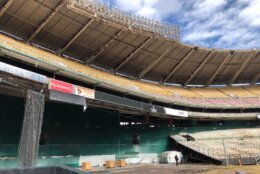 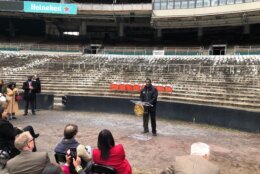 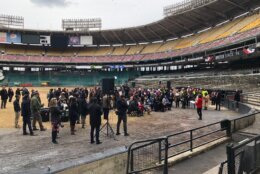 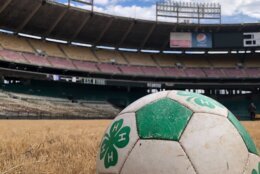 City leaders and special guests shared memories of the multi-use stadium from its long history hosting multiple forms of entertainment and sports franchises.

The Beatles played their penultimate concert at the site in August of 1966, boxer Riddick Bowe knocked out Jesse Ferguson in the second round to keep his heavyweight title in 1993 and countless presidents threw out a first pitch.

“Who could forget Father’s Day 2006 when a brand new player a rookie just activated from UVA, Ryan Zimmerman, hit a two run walk off homer to defeat the New York Yankees 3-2 in front of his father in the stands,” said Gregory McCarthy of the Washington Nationals Baseball Club.

Former D.C. United goalkeeper Bill Hamid recalled what felt like magic on game days he’d attended at RFK as a child. He wistfully detailed pulling off the highway, looking out the back window of his parent’s car, and arriving at Lot 8, where people were tailgated and smelling barbeque with kids running all around.

Going through the tunnel heading toward the stadium: “You get to the end of it. And as a young boy felt like I was crossing into like the Chronicles of Narnia or something like that,” he said.

“I’ve got a lot of memories here,” Hamid said holding back tears. “So it sucks to see it go down. But, it feels good that I brought my son with me today. And he’s with me here I’m gonna take a photo with him, ask Michelle to frame it and I’m gonna remember it.”

“I’m gonna remember RFK from the beginning,” he said. “Because it was a real thing for us as youngsters to have the opportunity to be a part of a professional organization.”

Michelle Kang, majority owner of the Washington Spirit, acknowledged the history of women’s soccer at the venue.

“The last game that was played in here was against the Cowboys, and we won 37 to 10. So, it’s hallowed ground,” Williams said with emphasis.

“Standing up here today — it’s a bittersweet situation. And the bitterness is the fact that the history in this place has to come down,” Williams said, noting the sweetness comes from city plans to use a portion of the 190 acre site to possibly build a sports arena.

“With 190 acres you can have recreation, housing, jobs, better access to the river, better parks and better event space for more sports, you can have a local $60 million recreation space that I proposed and the council has already approved,” said D.C. Mayor Muriel Bowser.

Bowser said making plans for the space would be easier if Congress approved transferring the federally owned property to the city: “But, we’re working on that.”

If the permitting process goes as planned, the RFK Stadium site should be razed to the ground by late next year.

During the ceremony Thursday, crews removed the last of the iconic orange seats from the stadium’s lower bowl.

Among the spectators at the event, Mike Litterst told WTOP he saw The Who perform at the stadium in the late 1980s; he also attended the Nationals’ first baseball game and the last Washington football game at the venue.

He brought along souvenirs including a ticket to that last football game.

“This iconic stadium from the curving roof top all the way down to the orange seats by the field has played a vital role in so many lives here in the greater Washington Metropolitan Area,” Gates said. “Many talented athletes and musical performances are forever in our hearts and our minds.”