No one was hurt after a kitchen fire at a senior living facility in Bowie, but the residents had to be evacuated.
Listen now to WTOP News WTOP.com | Alexa | Google Home | WTOP App | 103.5 FM
(1/6) 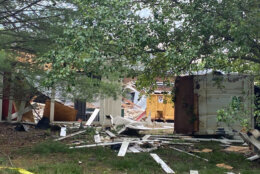 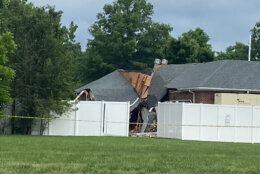 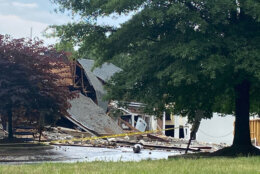 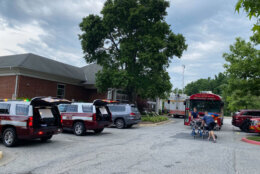 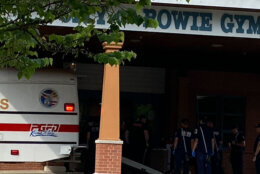 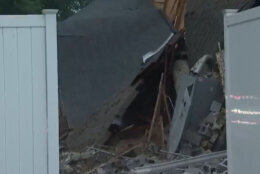 An explosion and fire at a senior living facility in Bowie, Maryland, early Tuesday morning, led to the evacuation of more than 100 residents, some of them bedridden and immobile. Luckily, officials say, no one was hurt.

The explosion, which could be heard miles away, caused the kitchen area’s back wall to blow out, he said, and dumpsters near the building ended up 20 to 30 feet away from their original spots. A roof also partially collapsed.

Hughes said the cause of the fire is still being investigated.

Hughes said evacuating the building was a challenge since some of the residents are bedridden and cannot walk.

“So they’re in wheelchairs, which … does complicate the removal efforts, and even the transport efforts because not all of our ambulances are capable of sitting a citizen in a wheelchair in that unit.”

The evacuated residents were initially taken to the Bowie Senior Center at 14900 Health Center Drive, where a family reunification for loved ones has been established.

The damage to the back of the Larkin facility is so severe that residents might not be able to move back in for weeks, the deputy fire chief said.

City officials say the nursing home and Maryland officials will coordinate transporting patients to other long-term facilities in the state.

Nearby Bowie resident Cynthia Williams told WTOP she was lying in bed when she heard the explosion, which she thought was a plane crash at first.

“And the impact was so violent and strong that it shook my bedroom,” said Williams

In the aftermath of the explosion and fire, Lisa Jackson initially had a hard time locating her father, who has stage four cancer and was one of several high-priority patients who left the facility, she said. Later in the morning, Jackson said she received news that her father was in the Bowie Gymnasium where he’s being cared for.

Jackson said if the senior living facility remains closed for weeks, that’ll mean he could end up miles away from family.

Former Maryland Del. Gerron Levi, whose mother lives at the Larkin facility, said she rushed over after learning of the fire. Upon arriving, Levi learned that her mother had been evacuated to the Bowie Gymnasium.

“They have plenty of provisions and all of that, and they are trying to figure out where they will be next,” Levi said.

Video from WTOP’s news partner, NBC Washington, shows part of the building collapsed and describes what happened as an explosion.

Fire marshals and investigators are working to determine the cause of the fire.

Anyone who needs to find out information on those residents can call the reunification center at 301-809-2300.