The finalist for the job of police chief in Montgomery County, Maryland, has been endorsed by three local organizations.

The Montgomery County Chapter of the NAACP, CASA of Maryland and Jews United for Justice have all endorsed Tonya Chapman.

In separate statements released this week, the three groups voiced their support for Chapman, who most recently served as police chief in Portsmouth, Virginia.

One common thread in the endorsements was the belief that Chapman would, in the words of Laura Wallace with Jews United for Justice, “treat residents, whether officers or civilians, with the respect that we deserve.”

In a statement, Gustavo Torres, executive director of CASA of Maryland, said he believed Chapman’s “passion for treating every person with dignity makes her the best choice” for the job.

The Montgomery County chapter of the NAACP’s statement noted that Chapman would be “well-qualified to lead the Montgomery County Police Department as it faces community concerns over several recent incidents, including the recent death of Robert White.”

White, a 41-year-old Silver Spring man, died after a county police officer shot him in June 2018. An internal review by the department cleared officer Anand Badgujar of any wrongdoing in the fatal shooting. The shooting fueled a debate about policing and the department’s use of force policy.

Chapman, who also worked for Arlington County police for 22 years and Virginia State Police, was identified as the finalist for the job by County Executive Marc Elrich. She has been meeting with county council members, three of whom have expressed disappointment that Acting Chief Marcus Jones was passed over for the job.

In September, when the council returns from its recess, it will hold a public meeting with Chapman. The council will then hold a confirmation vote. Five members would have to vote in support for Chapman to be hired. 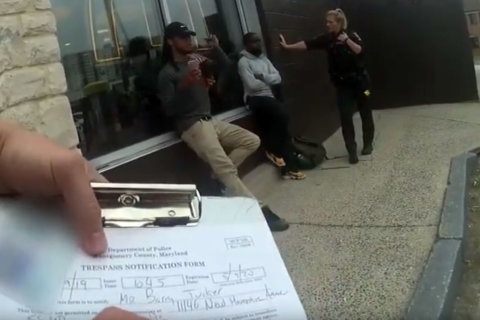