Editor’s note: The videos and text in this story may be offensive to some readers.

Montgomery County police have released 205 minutes of officers’ body camera footage from a May 9 incident where a white female officer used a racial slur during a trespassing call against four black men.

Acting Police Chief Marcus Jones defended the officers’ actions at the White Oak McDonald’s on New Hampshire Avenue, but apologized for the language used, during a news conference Friday.

“I want to apologize for the language of our officers that you will hear in the videos,” Jones said. “I am disappointed with it, and I want to be clear that it does not meet our standards.”

He said that social media posts after the incident suggested the officers “unfairly, and perhaps illegally, accosted and searched young men who had been customers of the restaurant and were waiting to be picked up to be taken to work.”

“The evidence from our investigation presents a different view,” Jones said.

According to Jones, one of the officers smelled marijuana on at least two of the men. “This was probable cause for arrest, and the reason why the individuals and a backpack were searched,” he said.

In Maryland, recreational use of marijuana is illegal, but possession of 10 grams or less has been decriminalized.

He also said that the McDonald’s where the incident took place is one of the police’s busiest for calls.

He also shot down the idea that the men had been customers of the McDonald’s, saying that a review of surveillance footage showed that none of them had ordered, eaten or picked up anything from the fast food joint.

All four men were issued trespass notices, and two were given citations for marijuana possession.

“For the record, the store manager has asked that the trespass notices given to the four men not be rescinded, as some others have requested,” Jones added.

See the videos in the gallery below.

Warning: Language used in the videos may be offensive to some readers. 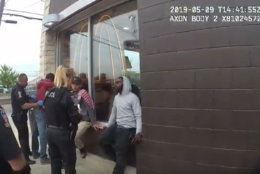 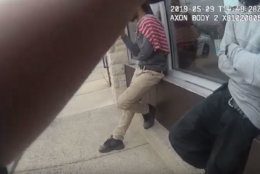 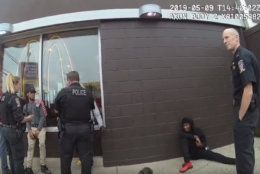 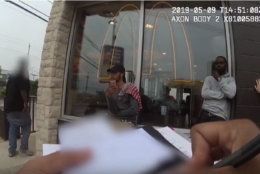 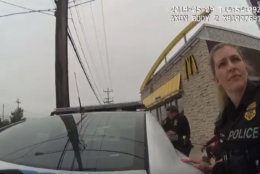 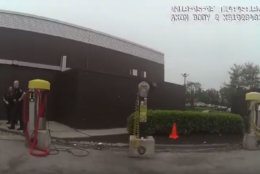 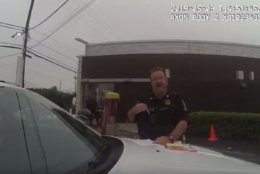 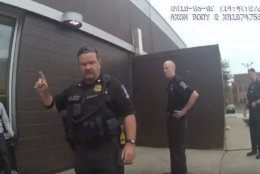 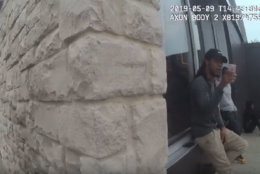 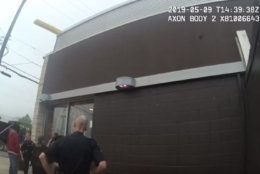 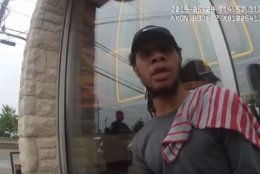 The row over the footage was sparked by the following exchange between the white female officer and one of the men.

Here is a transcript of a portion of the interaction between the man and officer:

Detained man: You n*****s came to write a whole bunch of paperwork.

Female officer: Hey, we’re trying — you want to get out of here fast, right? So if we have more people…

Man off-camera: What did you say, sir?

Female officer: Y’all n****s been tryin’ to somethin’. If you want to get out of here faster, we have more of our friends to help you get out faster.

Female officer: Nope, that’s a quote. Those were your words.

Female officer: I would still say it because what I’m doing is repeating your words.

The Montgomery County Council has raised questions about police practices in the wake of the incident.

In a May letter sent to police, the nine members of the county council also expressed concerns about what they say are apparent agreements between some local businesses and the police department.

In the May 9 incident, police responded to the McDonald’s for a report of trespassing.

When officers arrived, they questioned the men and searched their belongings. One of the men had recorded an exchange with a white female police officer that was posted on Instagram. In the video, the officer is heard saying a racial slur.

Police later released body camera footage from the female officer as well as the full Instagram video. “We sincerely regret the disturbing nature of this video,” police said in an initial statement.

Another incident in early July involves a video allegedly showing a Montgomery County police officer kneeing a person who was laying on the ground. 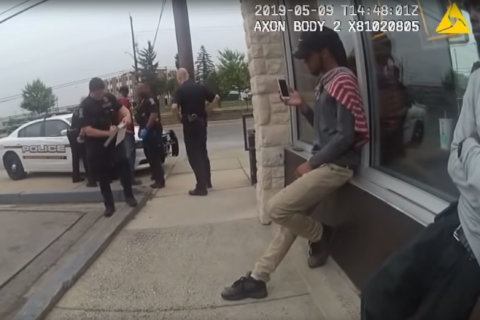 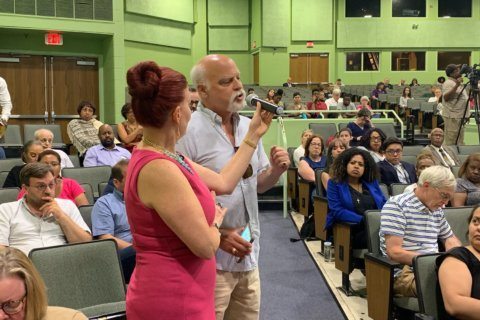