Tonya Chapman, who most recently served as police chief in Portsmouth, Virginia, will be meeting one-on-one with members of the council before formal interviews and a council vote in September.

The candidate for the job of Montgomery County, Maryland, police chief is set to meet with members of the county council this week.

Tonya Chapman, who most recently served as police chief in Portsmouth, Virginia, will be meeting one-on-one with members of the council before formal interviews and a council vote scheduled in September.

Montgomery County Executive Marc Elrich said that Chapman’s name had been “leaked” to the media, but he confirmed that she is his pick for the job of leading the county’s police force.

Elrich downplayed Chapman’s resignation from the Portsmouth Police Department. “Leaving because you have a stylistic or managerial difference isn’t a big deal, people do that all the time” Elrich said Monday.

Chapman served as chief from 2016 until March 2019. She alleged racism was a factor in her departure.

Elrich said Chapman’s resume is impressive. She spent 21 years in Arlington County, Virginia, where she reached the rank of captain; and she was deputy chief of police in Richmond.

“If you look at her record, her record’s pretty astounding,” Elrich said. And, Elrich said that he had gotten a letter from former Virginia Gov. Terry McAuliffe recommending Chapman for the job.

The nine-member county council has confirmation authority with regards to her appointment, and it is expected that they will vote when they return from recess.

While some council members have said they have an open mind on who should get the job, three council members — Craig Rice, Sidney Katz and Gabe Albornoz — have said publicly that they were disappointed that Acting Chief Marcus Jones was passed over for the job.

Jones was named to the temporary slot after former Chief Tom Manger retired after 15 years as chief.

Editor’s Note: Sidney Katz’s name has been changed to reflect the correct spelling. 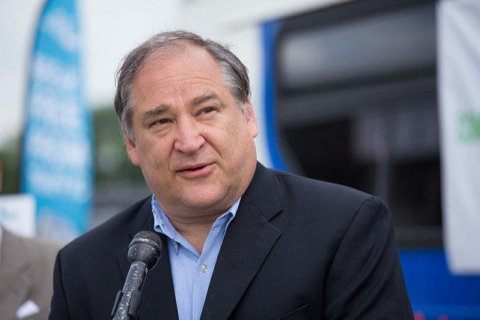 Montgomery County will not cooperate with ICE