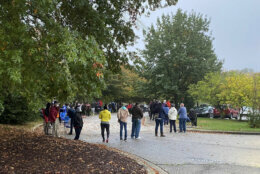 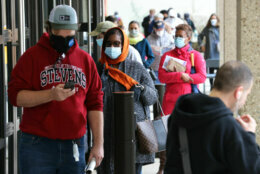 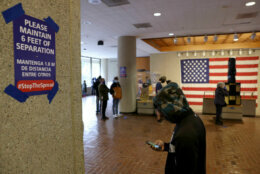 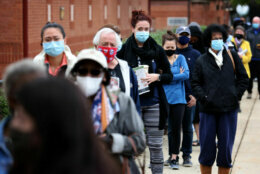 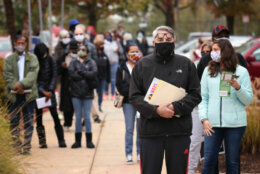 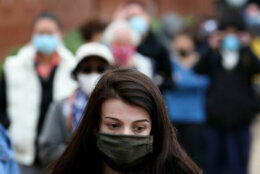 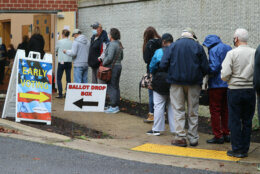 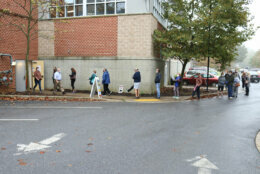 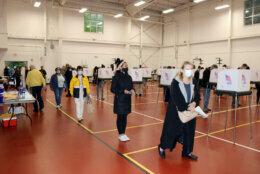 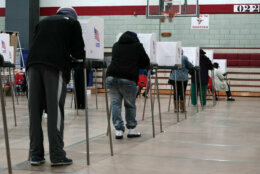 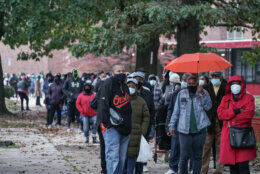 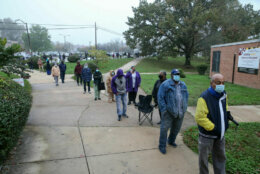 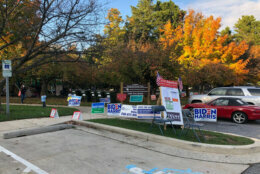 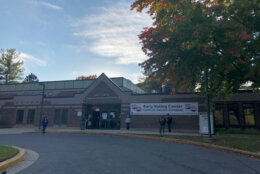 The Maryland State Board of Election announced that Monday’s unofficial voter turnout of more than 161,000 surpassed the previous unofficial single-day early voting record of 143,494 set on the final day of early voting in the 2016 general election.

“Today’s record-setting total is in addition to the more than 1.6 million voters who requested a mail-in ballot and the roughly 830,000 who have already submitted them,” Maryland State Board of Elections Administrator Linda Lamone said in a statement.

When the polls opened at 7 a.m. Monday for the start of Maryland’s in-person early voting, the line to get inside the Bowie Gymnasium already stretched around the building, with voters eager to cast a ballot in what many of them called the most important election of their lifetimes.

Some of the 1,000-plus voters had brought lawn chairs with them, figuring if they were going to wait in the cold, damp weather to cast their vote, they would do so in comfort.

Wilson Moorer, of Mitchellville, didn’t have a chair, but he didn’t have to wait long to cast his vote — once the doors finally opened.

Not everyone was surprised at the long lines at the Bowie location.

“I wasn’t,” said Clive Cuff. “This is a crucial, critical election and I figure there was going to be a longer line.”

Barbara Buntin, of Bowie, was toward the back of the line, sitting in the parking lot of the Bowie Senior Center, so far away she couldn’t see the gym, much less the doors people would eventually walk through to vote.

Everyone who stood in line said showing up to vote was “very important” — especially so on the first day.

“It’s life or death,” said Kerry King. “To me, this is life or death right now. This is the biggest and most important election ever, in my opinion.”

“This is the best time for me to come before work,” said King. “It didn’t matter how long the line was, I was going to wait.”

She got there just before Bianca and Lauren Saget, sisters who also live in Bowie.

“We just wanted to make sure that we were here first and early, get it together,” Lauren Saget said.

Bianca Saget added, “Get it over with and just do it, and you don’t have to wait in line for three hours. The pressure will be just lifted off my chest. I can just get it done and over with.”

They estimated about 45 people were in front of them when they showed up 90-minutes early.