Another domino fell Thursday in the University of Maryland football scandal as the chairman of the state university system’s Board of Regents announced he intends to resign.
Listen now to WTOP News WTOP.com | Alexa | Google Home | WTOP App | 103.5 FM

WASHINGTON — Another domino fell Thursday in the University of Maryland football scandal as the chairman of the state university system’s Board of Regents announced he intends to resign.

In a statement, James T. Brady told the board Thursday he will step down immediately.

Brady was the one who announced on Tuesday that the university would keep head football coach DJ Durkin and athletic director Damon Evans after an investigation into the death of 19-year-old player Jordan McNair in June after he collapsed during a workout in May. University President Wallace Loh said at the time that he would retire at the end of the academic year. His retirement is set for June 13, 2019.

On Wednesday, after blowback from students, faculty, the public and state officials, including Gov. Larry Hogan, Loh said that Durkin and the university would part ways.

“In recent days, I have become the public face of both the board and its decisions related to these matters,” Brady said in the statement. “In my estimation, my continued presence on the board will inhibit its ability to move Maryland’s higher education agenda forward. And I have no interest in serving as a distraction from that important work.”

He called the board’s investigation of McNair’s death, and the culture in the football program, “deep and thorough,” and said he was “very proud of that process.”

He allowed that “I understand that reasonable people could come to other conclusions. And even among our board, some did.” 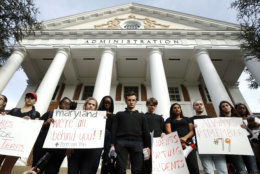 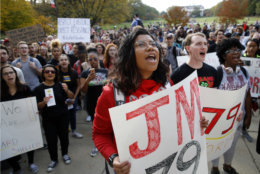 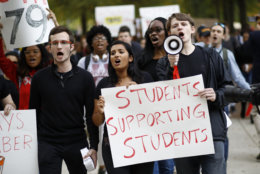 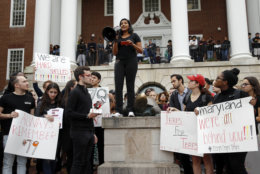 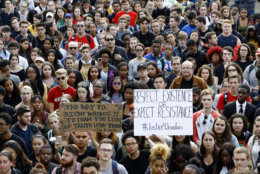 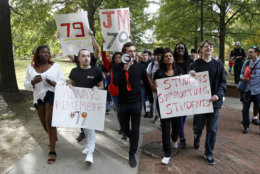 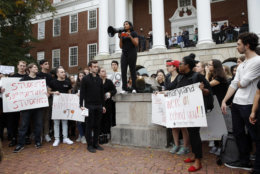 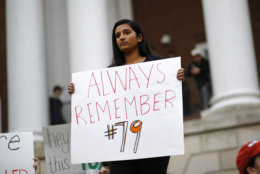 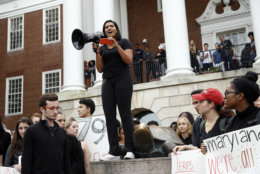 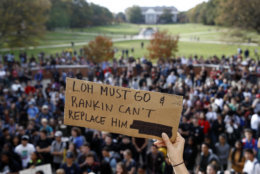 For now, it appears Evans is considered safe from dismissal, but there are growing calls for him to be replaced as well. Among those calling for his removal are WFAN sports commentator Boomer Esiason and ESPN’s Scott Van Pelt, both attended the University of Maryland. 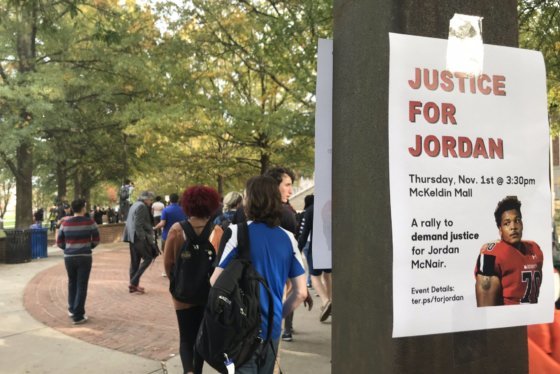 Gov. Larry Hogan thanked Brady for “his service on the University System of Maryland Board of Regents,” in a statement issued Thursday afternoon. Hogan also encouraged the university to move forward and work toward restoring the public’s trust.

In a news release, Maryland State Sen. Jim Rosapepe, D-College Park, praised Brady’s decision saying, “He’s a good man who wants the best for our state.” Rosapepe also joined calls for university president, Wallace Loh, to take more action and, “announce that he is not retiring next year and will work with the regents and with the university community to fix the problems in the athletic department.”

The Associated Press reported that the USM board of regents said in a statement: “The board has … heard from many, including Governor Hogan, members of the legislature, who strongly disagreed with the recommendations that were shared Tuesday. The board deeply respects the views of Maryland’s elected leaders and will participate in any process they request.’

Student Government Association president Jonathan Allen said Tuesday that one of his concerns after the Board of Regents took over the investigation into McNair’s death was the decrease in transparency.

“Every single meeting was enclosed … Everyone was left in the dark … It was difficult to ascertain what was going on,” Allen said.

“It is progress toward what the students want, however there (are) still some things that need to be met as far as to ensure another student death doesn’t happen,” said senior Trey Huff. “There needs to be more student influence in the selection of our Board of Regents … a lot of students on the campus, they don’t feel like they’re heard, necessarily.”

“They need a new Board of Regents I think. They made a terrible decision about bringing (head football coach DJ) Durkin back,” freshman Nick Ahraibi said. “They only have 17 people on the Board of Regents … they need to bring more people in, (and) have a better decision-making process.”

But senior Hope Hynson surmises that money was a factor on why it took so long for personnel changes to be made.

“With all the negative press that they’ve been getting recently, it affects the university in terms of money. And, a lot of the decisions that are being made now with regards to the punishments for the people in power who are creating this toxic culture on campus, things are only being done when it affects the money,” Hynson said.

In response to media coverage of McNair’s death, a commission that reaffirmed the university’s accreditation last year requested more information about the athletic program, so it can make a decision at a meeting later this month about potential action,the Associated Press reported.

The Middle States Commission on Higher Education could decide to take no action, issue a warning, put the university on probation or remove accreditation, said Brian Kirschner, a spokesman for the commission.