The 19-year-old offensive lineman collapsed after a preseason conditioning drill on May 29 and died in a hospital two weeks later. McNair's cause of death was heatstroke, the family attorney said.
Listen now to WTOP News WTOP.com | Alexa | Google Home | WTOP App | 103.5 FM

TOWSON, Md. — Before University of Maryland football player Jordan McNair died, trainers on the scene did not follow proper procedures after he collapsed on the field, an independent investigation into the student-athlete’s death found.

Dr. Rod Walters, a former college athletic trainer and sports medicine consultant who led the investigation launched by the school following McNair’s death, said Friday that “there was a failure to identify symptoms and aggressively treat it.”

The 19-year-old offensive lineman collapsed after a preseason conditioning drill on May 29 and died in a hospital two weeks later. McNair’s cause of death was heatstroke, the family attorney said.

There was a span of an hour and seven minutes from the onset of McNair’s symptoms to the call to 911, Walters said. And McNair’s injury evaluation did not include any assessment or documentation of vital signs, including core temperature, Walters added.

“There was the failure to identify escalating symptoms associated with exertional heat illness, including assessing vital signs, identifying the condition and aggressively treating the patient’s elevated core temperature,” Walters said.

The investigation revealed that McNair had shown an “atypical presentation of a heatstroke” — he had complained about lower back pain and back cramps.

“While there was a delay of identifying the severity of symptoms, once these symptoms were identified, there were efforts to cool the patient and address the respiratory concerns,” Walters said. The training staff tried to cool him using cold towels and cold packs, but what they should’ve done was cold-water immersion.

When asked whether decisions made that day showed negligence, Walters and Jim Brady, University System of Maryland Board of Regents chair, passed on making any final conclusions.

“We are in the process of gathering the facts,” Brady said.

The University of Maryland also outlined Friday how it will better protect the health of its student-athletes after McNair’s death.

NBC Washington reported that a number of recommendations have been made to the university, such as an increased number of medical staff, longer recovery breaks, on-site cooling stations for the student-athletes and closer monitoring of athletes’ health.

A number of changes were already made immediately after McNair’s death, according to the school.

University of Maryland announcing its taking action after the independent investigation into the heatstroke death of player Jordan McNair who collapsed at a team workout in the spring. #News4 @nbcwashington pic.twitter.com/SKwly54vsn

“There are additional recommendations in the final report, such as establishing an athletic medicine review board that will review procedures and protocols regarding student-athlete safety,” university President Wallace Loh said in a statement Friday night. “The Athletic Department has committed to implementing all of the recommendations.”

Damon Evans, the school’s athletic director, said in another statement, “President Loh and I have personally apologized to Jordan’s family for the mistakes made in his care. We continue to keep Jordan’s family, friends and teammates in our thoughts.”

The Board of Regents was briefed on the results of the investigation behind closed doors Friday. The board is also expecting a report on the culture of the Terrapins’ football program.

University System Chancellor Robert Caret said once both reports have been reviewed, “the board will then have the facts that it needs to really understand what has happened here.”

The second report is expected in the coming weeks and could come as soon as the end of the month.

“Whatever decisions need to be made … will be decided by the board at that time, once they have the facts and foundation to do that,” Caret said.

While the future of Evans and the school’s head football coach, DJ Durkin, are the topic of speculation, a spokesman pointed out that the board typically cannot get involved in school personnel decisions, aside from the hiring and firing of presidents. 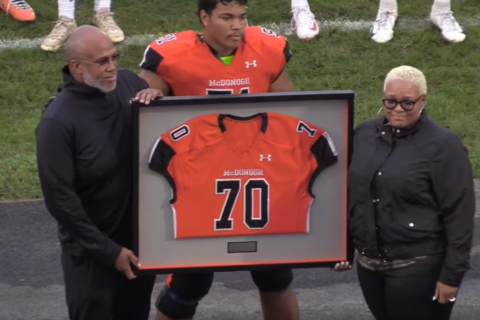 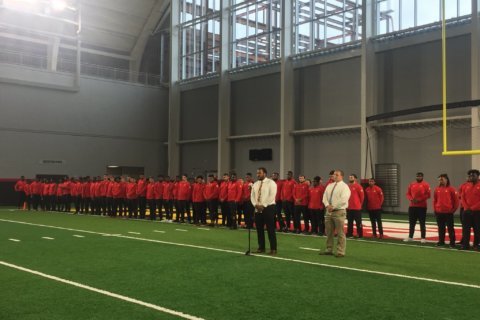