A fire in Ashburn, Virginia, has destroyed two houses and damaged two others early Wednesday morning. "We were lucky in the sense that no one was injured because no one was home but it was unlucky because if people were home the fire may not have spread," said Loudoun County Fire's chief.
Listen now to WTOP News WTOP.com | Alexa | Google Home | WTOP App | 103.5 FM
(1/5) 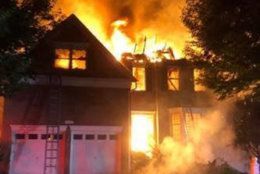 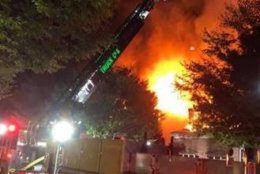 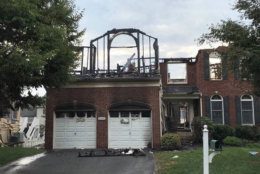 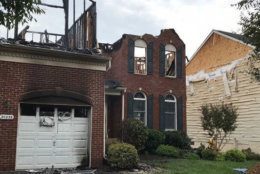 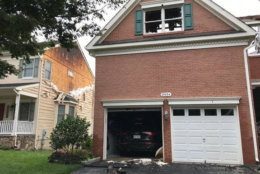 A fire in Ashburn, Virginia, has destroyed two houses and damaged two others early Wednesday morning.

The fire broke out just before 3:30 a.m. in the 20000 block of Millstead Drive in Ashburn, according to Laura Rinehart, Loudoun County Fire and Rescue public information officer.

One house, which was being used as a rental, caught fire and spread to the house next door, according to Loudoun County Fire and Rescue. The house was vacant.

When units arrived on the scene there was heavy fire involvement on the second floor and fire through the roofs on both houses, according to Loudoun County Fire and Rescue Chief Keith Johnson.

The fire then spread from those two houses to two others on either side, Johnson said.

“It must have been burning for a significant time until neighbors finally called it in,” Johnson said. “At that point, two homes were involved.”

No one was living in the rental house at the time of the fire and the occupants of the other three houses were out of town as of Wednesday morning, he said.

“We were lucky in the sense that no one was injured because no one was home but it was unlucky because if people were home the fire may not have spread,” Johnson said.

Fire crews did not know that no one was home at the time and did go inside initially to search the houses for any occupants.

While no civilians were injured, a firefighter had a minor burn injury from the incident and was transported to the hospital, according to Johnson.

When they arrived on the scene they called rapid intervention dispatch and declared it a two-alarm fire, bringing about 75 firefighters to the scene from eight jurisdictions, Johnson said. The fire was controlled in about 30 minutes, he added.

“It’s not normal that we arrive on the scene and have four homes involved in fire,” Johnson said. “The crews were very busy and we called for additional resources very early.”

The fire marshal is investigating to find the cause of the fire.

A map of where the fire happened is below.