The Washington Spirit return to the pitch for their season opener Sunday after winning the championship last season, and the new coach details the changes he's made.
Listen now to WTOP News WTOP.com | Alexa | Google Home | WTOP App | 103.5 FM

The 42-year-old manager chuckled while explaining that the Spirit may not emulate punk rock quite yet, but this year’s team will be just as fun for fans to watch.

Ward and his Spirit players begin the 2022 season on Sunday at 5 p.m., looking to conquer the National Women’s Soccer League again. This time, Washington will look to play a faster, up-tempo, more offensive-minded approach that brings fear to their opponents and more attention to their games.

“I want to sell out every night,” said Ward. “I want our supporters groups to double in size; I want our general fanbase to double or triple in size.” He called the Spirit “one of the most exciting teams in the world to watch.”

Despite finishing the 2021 season on a nine-game unbeaten streak and leading the Spirit to an NWSL championship, Ward, who was the interim coach, said he was unsure that he would return to the club. However, a month later, he was hired as the club’s full-time head coach and began working to keep the core of his championship roster intact for the upcoming season.

With all the attention Washington received for the removal of former head coach Richie Burke in the middle of last season, Ward said his focus was less about tactics and more on creating a safe work environment for the players — and it worked. This season, with an upgraded coaching coaching staff and an entire offseason in charge, Ward said, it was time to tweak the Spirit’s game plan.

Players will look to move the ball around more quickly and keep it on the ground. It is a shift from the previous seasons, where Washington focused on connecting passes with slow buildup play.

During this year’s Challenge Cup — the league’s preseason tournament — Ward confirmed that even goalkeeper Aubrey Kingsbury will distribute the ball with direct passes to her defenders instead of booming free kicks to start their attacks right away.

The goal is to allow the Spirit’s faster, more technically skilled players to get on the ball more to create scoring opportunities for themselves or their teammates. Meanwhile, the team’s defenders will also press forward, adding more players in the attack.

Early signs have shown success: After scoring once in the first two games of the Challenge Cup, Washington scored 11 goals in the tournament’s last four group-stage matches.

“We want to be entertaining,” Ward said. “So far, the statistics have shown that we create a lot of chances, and we always have the ability to score a lot of goals. It doesn’t matter if we’re down a player. We’re going to be an exciting team to watch.”

Last season, Washington’s attacking trio — Ashley Sanchez, Ashley Hatch and Trinity Rodman — finished with a combined 23 of the club’s 34 goals, leading to call-ups to the U.S. women’s national team during the winter months. With Andi Sullivan and Tara McKeown also in the offensive mix, Ward said those numbers should triple in 2022.

“We’ve got such exceptional talents that are really exciting to watch,” Ward said.

Michele Kang took over as the team’s controlling owner in March and brought a new professionalism.

Now the Spirit’s players can enjoy training on grass fields while the coaching staff can study film together in an office instead of over Zoom calls.

“We’re no longer the kind of carnival sideshow that people are staring at,” Ward said. “It’s not the car wreck that people want to see. This is an unbelievable team of extremely confident and capable athletes that won a championship and is looking to get another one.”

Washington will open the 2022 regular season with the first of two home games in a week against Seattle-based OL Reign on Sunday. It will play its best roster available, as defender Sam Staab cleared out of the COVID-19 protocol and midfield Taylor Aylmer completed her red card suspension, Ward said.

In addition, Sullivan, the team’s captain and a native of Lorton, Virginia, may appear against OL Reign after an extended break following U.S. national team duty, Ward said.

While much of the public’s attention centered around Washington’s 2021 championship celebration, which will be held after the opener, Ward said he hasn’t thought about the festivities as much. However, he called the championship ring “fitting of a champion” and is excited about celebrating his players’ success.

He just hopes that the Spirit can celebrate another title win.

“This is like the first real party that we get to have around the championship because of everything that was going on last year and the national team players having to leave immediately after the championship game,” Ward said. “I’m really excited, and it’s overdue.” 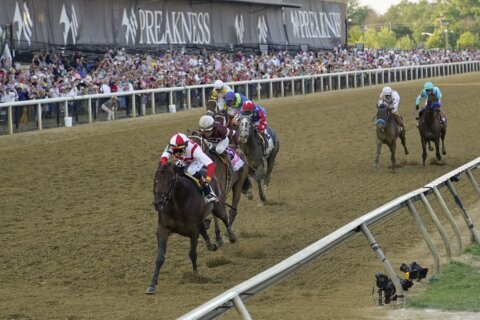 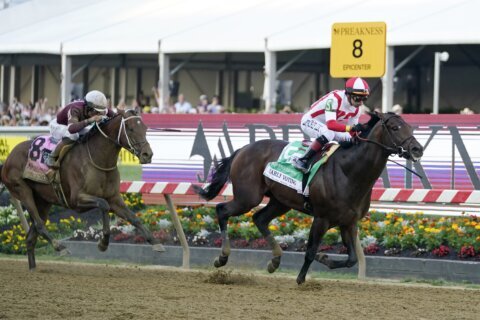