When The Wharf opened on Oct. 12, 2017, it brought a number of restaurants, retail shops and music venues to D.C.'s Southwest waterfront. One year later, new businesses are still moving in. Here's a look at The Wharf's impact in its first year.
Listen now to WTOP News WTOP.com | Alexa | Google Home | WTOP App | 103.5 FM
(1/5) 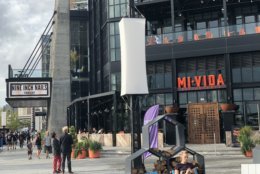 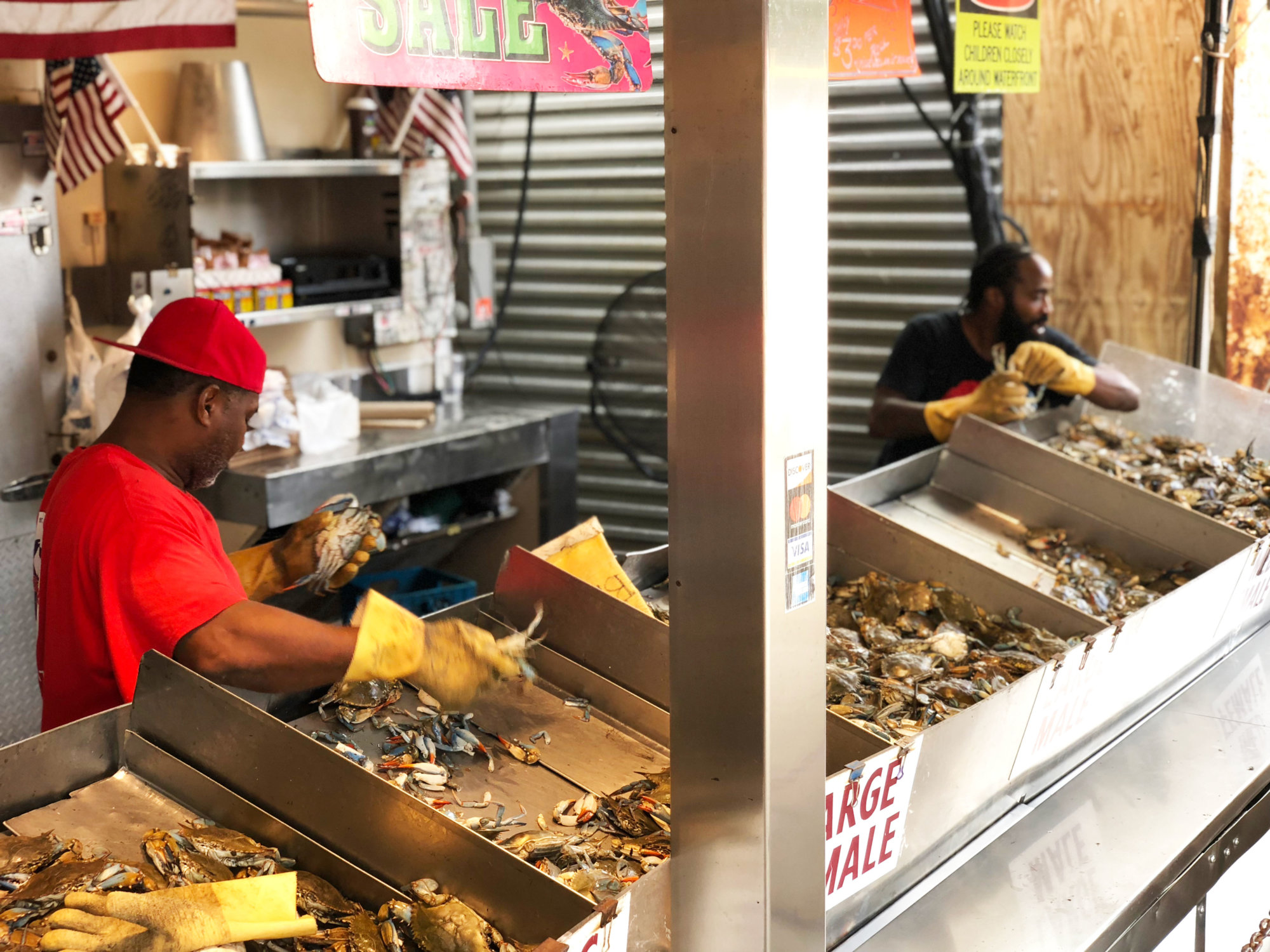 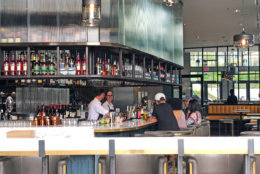 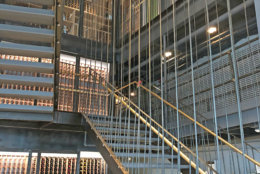 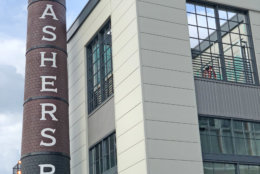 Waiters ran through plans for dinner service, hostesses stocked a three-story wine cellar, and bartenders mixed cocktails for a crowd that gathered around marble-topped tables before 4 p.m.

“It seems like it took forever, but now when you look at it, it seems like it happened overnight, too,” Stefanelli said about the eatery he has been building for more than two years. 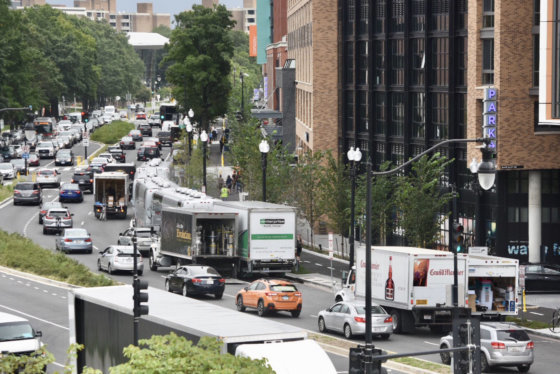 The Wharf has been a success in its first year, and there are a lot of ways to get there without using your car, but the rapid density change has made getting around the old-fashioned way a little more difficult. The development’s success has come at a cost to some drivers confounded by traffic backups and parking problems.

Officina is the latest business to join District Wharf, also called The Wharf, the city’s largest development to date. Even though Phase 1 of the $2.5 billion project officially opened to the public on Oct. 12, 2017, new restaurants and retail shops are still joining the 24-acre, mile-long destination along the Southwest waterfront, and they will continue to do so through 2022, when construction on Phase 2 concludes.

Less than a half-mile east of Officina is Hank’s Oyster Bar, which packs people onto its waterfront patio most afternoons and evenings. Chef Jamie Leeds opened the restaurant, her fourth and largest Hank’s location, last year, and said business has not slowed down.

Monty Hoffman, chief executive officer of PN Hoffman, one of the development companies behind The Wharf, said his team is still completing final counts, but he estimates the number of people who visited The Wharf in its first year was in the “multimillions.”

“And that’s what’s breathtaking — the market reception to what we’ve opened up here has been phenomenal,” Hoffman said.

The Anthem — a 57,000-square-foot music venue at the center of the development — attracts thousands with each show it hosts. Hoffman said there were more than 100 live performances in The Anthem’s first year, and the calendar for November and December lists shows and events three-to-five nights each week.

Ticket holders are not coming to The Wharf just for live music. Many show up before set times to drink and dine at the venue’s neighboring restaurants, making reservations necessary for those who want a guaranteed table the same night a notable headliner plays.

In addition to the concert crowd, Leeds said Hank’s Oyster Bar sees a real mix of customers. There are employees from nearby offices, tourists and regulars, many of whom live in the development’s new apartments or on houseboats docked at the marina.

When Phase 1 opened, it brought nearly 900 new housing options to D.C.’s Southwest neighborhood. Shawn Seaman, principal and executive vice president at PN Hoffman, said all 220 condos built for Phase 1 have sold, and many of the 650 apartments, which range from 330-square-foot micro units to two-bedrooms, have been leased. (One building is at 81 percent occupancy; the other is at 97 percent occupancy.)

The Wharf also became a new destination for those already living in Southwest, D.C. Marian Walton, 37, moved into the neighborhood in 2014 and watched the construction of The Wharf from her backyard. Ever since it opened, she and her husband walk over “two or three times a week,” even if it’s just to sit on the pier and catch some fresh air.

Walton said “all in all, it has been a great experience,” and a nice option to have — even if it means her neighborhood is now a bit more crowded.

“Saturday and Sunday nights have definitely brought a lot more attention and traffic to the area,” said Walton, who notices the biggest difference when there’s a show at The Anthem or Arena Stage, or a D.C. United game at nearby Audi Field.

Because there are more people walking around and more cars driving through, Walton said she’d like to see more attention on safety, especially with lit walkways and roads. Noting the new restaurants that have moved in, she also wouldn’t mind more options when it comes to “grabbing a quick bite of food.”

Phase 2 of The Wharf is already underway. Hoffman said crews are working on new docks and piers in the water, and they will break ground on land in the spring, adding an additional 1.15 million square feet of mixed-use space across a half-mile. When it opens in 2022, Phase 2 will deliver more restaurants, apartments, condos, parking spaces and offices, plus a park.

In the meantime, Phase 1 is still wrapping up.

Outside Officina’s first-floor bar and cafe, ladders and boxes line the walls in Todd Thrasher’s soon-to-be rum distillery. Next to that, Rappahannock Oyster Company is building out its space. Both are expected to open by the end of the year.

Stefanelli is hoping Officina can answer some of the demands at The Wharf, which he has seen firsthand throughout his concept’s construction. The cafe will serve breakfast, lunch and dinner in a more casual setting, with formal dining available upstairs. Those who don’t want to sit down or deal with the crowds on a busy night in the neighborhood, can grab a picnic to go from the marketplace. And visitors looking for the full waterfront experience can take it all in on the terrace that overlooks the river and the monuments.

“Watching everything really take shape and get to where it is has been a fun process.” 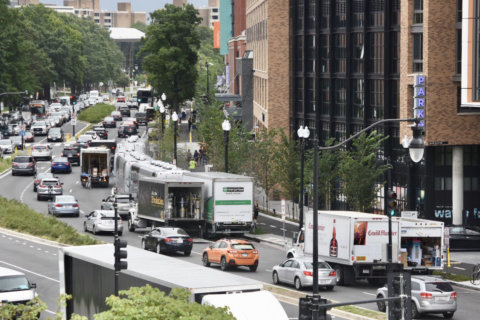 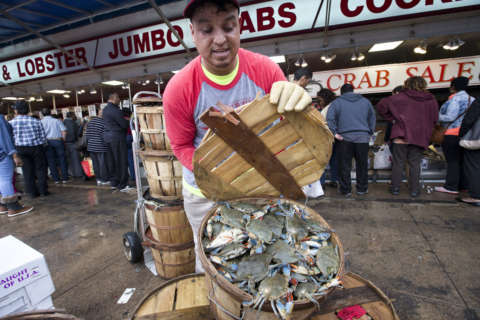 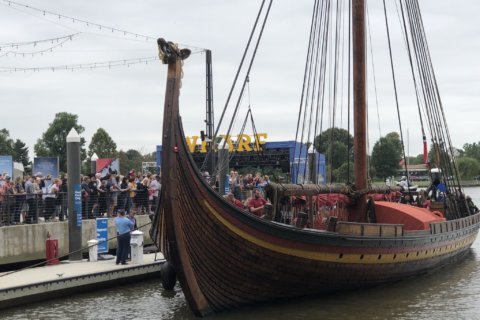 ‘Without any warfare,’ Viking ship invades Wharf — and is open for tours