Holidays: Best holiday plants | DIY holiday villages | Healthy meals you can make in minutes | Gifting on a budget | Send in photos of decorations
Home » Inauguration News » How the Coast Guard…

How the Coast Guard is helping secure the presidential inauguration

The men and women of the Coast Guard are making sure that the Anacostia and Potomac rivers in D.C. are safe during the inauguration.
Listen now to WTOP News WTOP.com | Alexa | Google Home | WTOP App | 103.5 FM
(1/7) 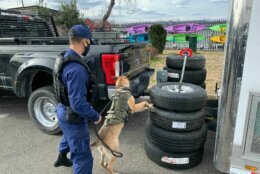 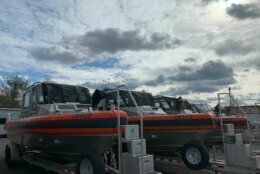 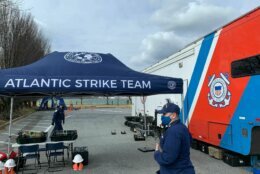 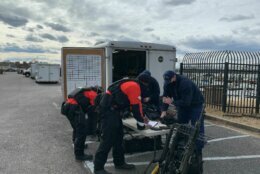 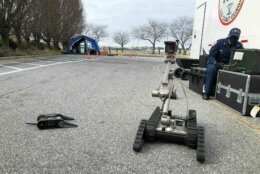 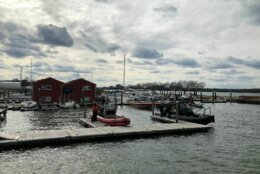 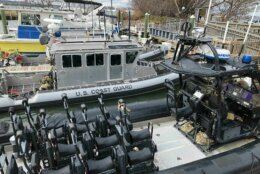 Ahead of the inauguration, miles of the Potomac and Anacostia rivers in D.C. are off limits to everyone. It’s the men and women of the Coast Guard who are making sure those orders are followed.

“This is what they train for; this is one of those things that they actually look forward to participating in,” said Capt. Joseph Loring, sector commander of Maryland-National Capital Region of the Coast Guard.

At Joint Base Anacostia-Bolling, dozens of Coast Guard boats are on the water, with many more on trailers ready to be towed into the water.

Loring said the Coast Guard supports every inauguration by monitoring the waters around D.C. It’s enforcing a security zone with other agencies that stretches from the John Philip Sousa Bridge on the Anacostia River and Francis Scott Key Bridge on the Potomac River, all the way down to the Woodrow Wilson Bridge.

Planning for the inauguration has been taking place since August, but assets were moved into the area earlier than expected after the riot at the Capitol.

The Coast Guard is prepared to respond to more than just a boat venturing into waters where it should not be. Several specialized teams are also standing by, including the Atlantic Strike Force, which is ready to respond to a weapons of mass destruction incident.

Chief Petty Officer Rich Bradway, a leader of the strike team, stands near a blue tent setup near the Potomac River. The tent is set up to decontaminate first responders, dignitaries and others, in the event of a chemical, biological or radiological attack.

“They’ll be sprayed down with a decontamination solution, and they’ll go through a hand wash, boot wash and then be sprayed down in a shower. And then we start removing their outer garments,” Bradway said.

The Coast Guard also has remote-controlled robots on hand, some are small and mounted with a camera, so teams can get a look at a vessel before boarding it. Another has a claw on an arm, as well as a camera. Also, explosives-sniffing K-9 teams are on duty.

Lt. j.g. Kyle Walker is a member of the Maritime Safety and Security Team, which is the Coast Guard’s counterterrorism team. He said his teams prepare year-round for events, such as the inauguration, and that includes training in the possible use of force.

“Well, we obviously don’t want there to be any violations of law … we’re just hoping that we’re out here educating people on the security zone, keeping the waterways safe,” Walker said.