Biden's inauguration will have good weather — though a security lockdown coupled with coronavirus restrictions means most will be watching from home.
Listen now to WTOP News WTOP.com | Alexa | Google Home | WTOP App | 103.5 FM

Believe it or not, the last president to stand beneath perfectly sunny skies while taking the oath of office was Bill Clinton.

If Wednesday’s forecast holds true, President-elect Joe Biden’s inauguration might have some of the fairest weather of any over the last three decades — though an extensive security lockdown coupled with coronavirus restrictions means most will be watching events unfold from home.

According to NBC Storm Team4 meteorologist Chuck Bell, Wednesday is expected to be partly sunny to mostly clear. It’ll be seasonably cold with highs in the upper 30s to low 40s, and a breeze likely to send wind chill values below freezing.

But compared to other inaugurations since the mid-1990s, this one promises to be smooth sailing — at least, when it comes to the weather.

When President Donald Trump took office in 2017, he did so under cloudy skies and drizzle which yielded to light rain during his parade — reminiscent of Bush’s first inauguration in 2001, which was a cool and dreary day with scattered showers and fog.

Barack Obama’s 2013 inaugural saw mostly cloudy skies with peeks of sunshine, as did Bush 2005 and Clinton 1997. Obama’s historic first in 2009 was on the clearer side, albeit freezing, with wind chills in the low to mid teens.

That leaves Clinton’s first inauguration in 1993 as the most recent one with both clear conditions and a reasonably tolerable temperature. On Jan. 20, 1993, Washington enjoyed a sunny day with a noon high of 40 degrees. This Wednesday is sounding similar.

Sure: That’s still cold and we might all be hunkered down in our homes, kept clear of downtown by a labyrinth of fencing, road closures, security checkpoints and thousands of armed troops. But given everything else happening lately, we’ll take whatever ray of good news we can.

Wednesday: Chance for morning flurries. Partly to mostly sunny, seasonable and breezy for Inauguration Day. Highs around 40, with wind chills in the 20s and 30s.

Thursday: Partly to mostly sunny. Breezy at times. Highs in the mid 40s. 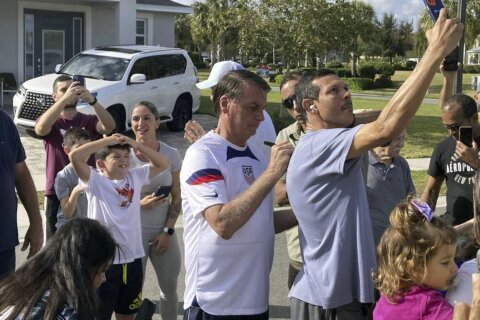 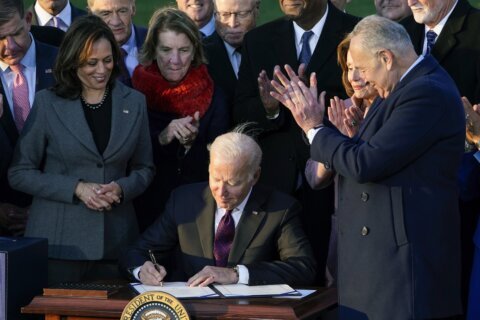