Several major bridges across the Potomac River into D.C. are closed. The closings come as security ramps up for the inauguration.
Listen now to WTOP News WTOP.com | Alexa | Google Home | WTOP App | 103.5 FM
(1/5) 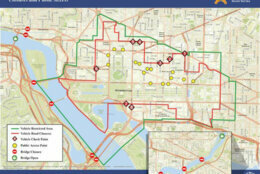 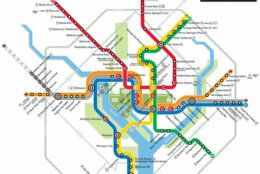 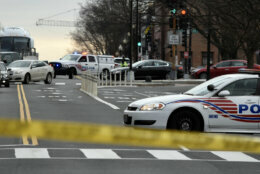 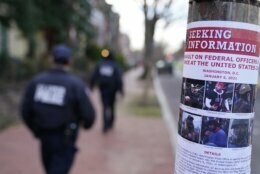 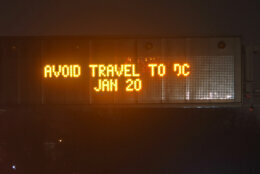 Widespread bridge, road and Metro closures are making it difficult, if not impossible, to travel through parts of D.C. ahead of Joe Biden’s inauguration.

The 3rd Street Tunnel is now open between the freeway and New York Avenue. It had been closed earlier Wednesday.

In the wake of the deadly attack on the U.S. Capitol and threats of violence, there has been an “unprecedented” ramp-up in security in the District for Wednesday’s presidential event.

Multiple bridges into D.C. are closed to inbound traffic until Thursday morning, adding to an already extensive list of road closures and mass transit changes. The District also shut down 13 Metro stations.

Police planned to stop inbound traffic on multiple bridges across the Potomac and Anacostia rivers before dawn Tuesday. As of 10 a.m. the following bridges were closed:

According to D.C. police, the following bridges will have commercial vehicle restrictions until 6 a.m. Thursday, but remain open to local vehicles, pedestrians and cyclists:

With the bridges shut down, WTOP Traffic reporter Dave Dildine noted a bottleneck formed on the Georgetown-bound Key Bridge — one of two remaining Potomac bridge crossings until Thursday, along with the Chain Bridge farther north.

Virginia Gov. Ralph Northam and congressional Democrats said they had an agreement with U.S. Secret Service that authorized Virginia State Police to help with bridge closures spanning the Potomac River during the Jan. 20 inauguration.

“The 2021 Presidential Inauguration Ceremony will see the strongest Capital-area security response in history,” read Friday’s joint statement. “It is very important now that the U.S. Secret Service and its partner agencies communicate road and bridge closures swiftly and clearly in order to keep disruptions to a minimum.”

WTOP Traffic reporter Dave Dildine said the bridge closures at the Potomac River alone would normally disrupt an estimated 800,000 trips — though, he added, that number is based on usual traffic patterns. He said drivers are already making plans for telework or alternate routes due to the advance notice.

Occasionally, D.C. and Virginia police have held up traffic up to Key Bridge for July Fourth fireworks, but “nothing like what’s planned for this inauguration,” Dildine said.

The following bridges will remain open:

Security measures were ramped up early in part due to warnings about pre-inauguration demonstrations in both downtown D.C. and state capitals across the U.S.

The National Special Security Event — which involves tens of thousands of National Guard troops and federal law enforcement personnel — began last Wednesday, meaning many businesses around the Capitol and White House will be inaccessible.

Many federal agencies are requiring nonessential workers to telework.

From now through Thursday, travel will be restricted or impossible on:

From 6 a.m. Tuesday through 6 a.m. Thursday, travel will be restricted or impossible on:

“Essential employees who normally cross these bridges to access their place of employment are encouraged to seek access to Washington from the east via 295 North at E. Capitol St., Benning Rd. or New York Ave. (Route 50),” the Secret Service said.

On Inauguration Day, Metro said bus and rail service will be suspended to the Pentagon. That means Pentagon station is closed Wednesday.

Blue and Yellow Line trains will still run, but they’ll pass through the station without stopping. The Pentagon Transit Center, served by six Metrobus lines, will also be closed.

Buses will be relocated to Pentagon City, on the east side of Hayes and 12th streets S., for the day.

Earlier, Metro also announced a number of changes to its service for the expanded National Special Security Event period.

Through Thursday, Jan. 21, 13 stations are closed inside the security perimeter. Trains will pass through the closed stations without stopping.

Trains will operate on a Saturday schedule, with Red Line trains running one train every 12 minutes, and all other lines running every 15 minutes.

“We are working closely with our regional and federal partners to keep the public safe during this National Special Security Event and to discourage travel within the secure zone,” said Metro General Manager Paul Wiedefeld. “While we are supporting law enforcement plans to enhance security, we are also keeping essential services in place for our residents who need to get to work, to medical appointments, and to grocery stores.”

These stations are closed:

There will be 26 bus lines detoured around the security perimeter.

MARC Train suspended all service on the Penn, Camden and Brunswick lines through Wednesday. Regular service on all three lines will resume on Thursday.

Virginia Railway Express trains are not operating through Wednesday. VRE plans to resume “S” schedule service plus Fredericksburg Line trains 300 and 307 on Thursday.

Amtrak says there are special vehicle traffic patterns around Union Station in D.C. that will extra time to get to the station. Also, there is limited access to taxi and ride-share services.

Since Metro is not stopping at Union Station, the closest open station is NOMA/Gallaudet.

Amtrak is curtailing some service.

The District Department of Transportation is modifying Circulator service on several routes due to closures implemented by the Secret Service. Changes are as follows: